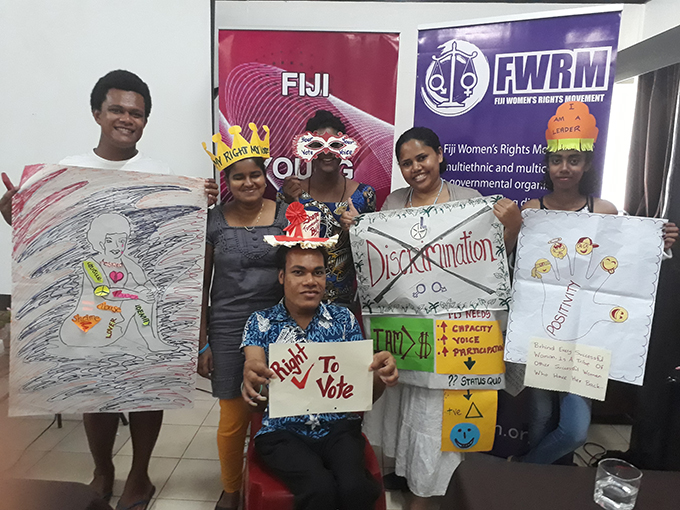 A Fiji women’s coalition has praised the confirmation of 56 female candidates for the 2018 Fiji national elections next week, but warned over the lack of diverse young women in national decision making.

Diverse Voices and Action for Equality (DIVA) said in a statement today women were under-represented at all levels of decision making in Fiji, including formal and informal governance processes.

This meant women – including diverse young women – did not have equal influence over policy decisions that affected their lives.

However, FYWF also noted a lack of representation of diverse young women in decision making at the national level and said this was expected to increase in the future.

“It is critical to recognise that with continuous and effective support, the self-determination of all young women regarding the formation of an accountable and transparent government that will in turn help to advance all diverse young women’s social, economic and political statuses,” said FYWF.

With awareness through civic education, young women were better informed of their constitutional rights and were able to confidently assert themselves in their communities, said FYWF.

“As diverse young women we face multiple forms of discriminations because of our age, sex gender, and psycho social disability.

“FYWF envisages a future where we have the freedom to express our views, opinions and political beliefs in safety and with dignity with no fear of retribution or violence.”

Accessing information
“”We recognise the need for young women to access key information and communication platforms to actively participate in civic dialogue, decision making and lead shifts in public and political opinion,” it said.

The Fiji Young Women’s Forum (FYWF) is a space for diverse young women leaders to articulate their needs, rights and perspectives on Fiji’s political transition and strategise for moving Fiji forward.

The past five forums saw young women leaders continuing to make visible their opinions, particularly in the national election process.