An internationally acclaimed investigative documentary about Paga Hill community’s fight for justice from the illegal eviction and demolition of their homes in Papua New Guinea’s capital of Port Moresby has been banned from screening today at the PNG Human Rights Festival.

“The ban highlights the lingering limits on free speech in our country and the continued attempts to censor our story of resistance against gross human rights violations,” claimed Paga Hill community leader and lawyer Joe Moses, the main character in The Opposition film who had to seek exile in the United Kingdom after fighting for his community’s rights.2,3

“This censorship comes as a deep disappointment for my community who have suffered greatly over the past six years.” 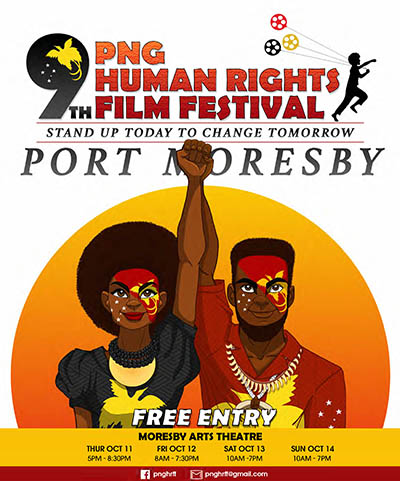 The Opposition film tells the David-and-Goliath battles of a community evicted, displaced, abandoned – their homes completely demolished at the hands of two Australian-run companies, Curtain Brothers and Paga Hill Development Company, and the PNG state.

What was once home to 3000 people of up to four generations, Paga Hill is now part of the Asia-Pacific Economic Co-operation (APEC) summit “AELM Precinct” which will take place this November.

Moses said: “We appreciate the PNG Human Rights Film Festival for choosing to screen The Opposition film at their Madang and Port Moresby screenings.

“It is shameful that our government continues to limit free speech and put such pressure on our country’s only annual arts and human rights event. How does this make us look to the world leaders who will be coming here for the APEC meeting in November?”

‘Speak up today’
Under the theme “Tokautnau long senisim tumora” (Speak up today to change tomorrow) the mission of the PNG Human Rights Film Festival includes: “We are all born free and equal in dignity and rights”.

Paga Hill youth leader Allan Mogerema, who also features in the film said: “The right to freedom of speech and freedom of press is provided for under Section 46 of the PNG Constitution. By banning our story, the PNG government is in breach of our Constitution and our rights as Papua New Guinean citizens.”

“The film has already been screened in settlements across PNG and at the Human Rights Film Festival’s Madang screenings. No matter how hard they try to censor us, our story continues to live, and our fight for justice continues to thrive,” added Mogerema.

“No matter how long it takes, our community will get justice.”

Dame Carol Kidu is also featured in The Opposition film.

Initially an advocate for the Paga Hill community, Dame Carol turned her back on them by setting up a consultancy to be hired by the Paga Hill Development Corporation, on a contract of $178,000 for three months’ work.

In 2017, she launched a legal action in the Supreme Court of NSW to censor the film.

In June that year, the court ruled against Dame Carol’s application. 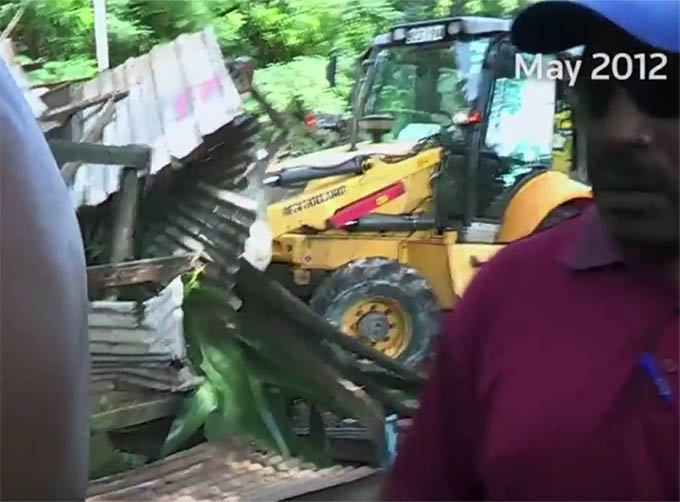