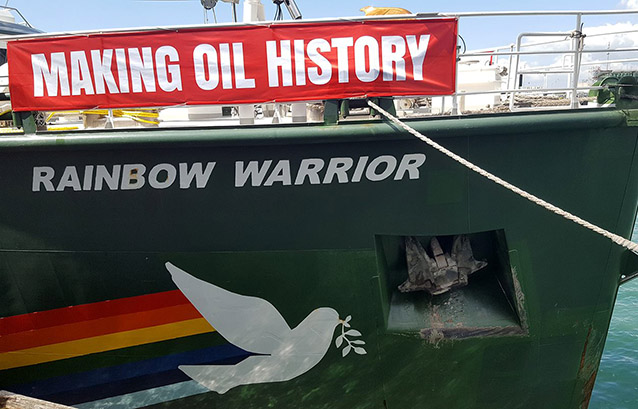 Greenpeace executive director Russel Norman praised the “people power” that gained an important victory in the “oil war” when the Rainbow Warrior docked in Auckland yesterday for a week-long visit.

The Greenpeace environmental flagship was welcomed by about 200 people – including some original crew members – on the first leg of its seven-week “Making Oil History” tour of New Zealand after arriving at Matauri Bay on Sunday.

“It brings a tingle down the spine to see the Rainbow Warrior return to the port of Auckland” where the original Rainbow Warrior was bombed by French secret agents on July 10, 1985, killing photographer Fernando Pereira,” Dr Norman said.

“It’s about celebrating the people power movement in Aotearoa which was able successfully to put pressure and build a movement to support a government that wanted to end issuing new exploration permits for oil and gas,” Dr Norman told the crowd.

“And that’s a very, very important victory, and it’s a victory that was only possible because of people power.”

New Zealanders from north to south had come out to rally and protest against offshore exploration for oil and gas.

“Iwi and hapu came out to the beaches and in front of seismic testing vessels to stop and confront the oil industry,” he said.

“That was an epic struggle, mostly successful in ending new offshore exploration permits for oil and gas”.

But it was not yet entirely finished business, said Dr Norman.

The struggle needed to go on. 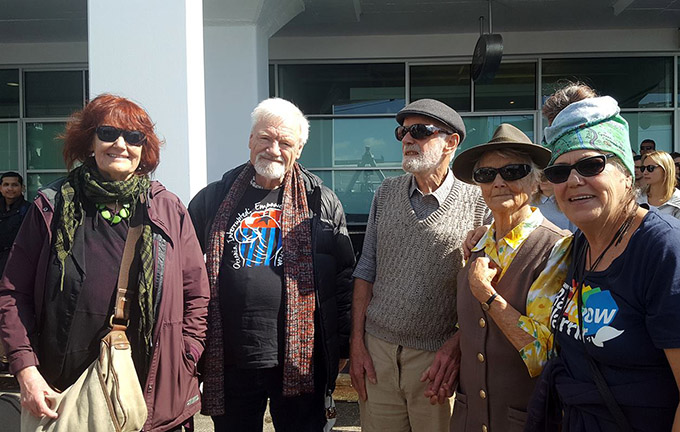 The crowd included two original Rainbow Warrior crew members, Hilari Anderson and Susie Newborn, relief cook Margaret Mills on the ship at the time of the bombing and author and journalist David Robie, who travelled on board for the Rongelap Atoll voyage and wrote Eyes Of Fire.

The tour was “not only remembering about the past and the great victory in terms of nuclear testing in the Pacific and nuclear-free New Zealand”, it was about the continuing people power struggle, said Dr Norman.

The Rainbow Warrior will be open for public viewing on Friday, Saturday and Sunday.

Greenpeace climate and energy campaigner Amanda Larsson said events would be hosted on board the ship to inform the public about what New Zealand’s energy transition might look like.

After Auckland, the Rainbow Warrior will sail to Whangaparaoa Bay in the eastern Bay of Plenty and to the East Coast to pay respects for the work the community has done.

Larsson said the ship would then go to Wellington for another event with politicians exploring the future of energy in New Zealand.

After Wellington, the ship will sail to Kaikoura where it will document wildlife.

The campaign ship will also visit Lyttelton and Dunedin.

The last leg will be to Stewart Island before heading for Australia to protest against oil companies’ offshore exploration plans in the Great Australian Bight.