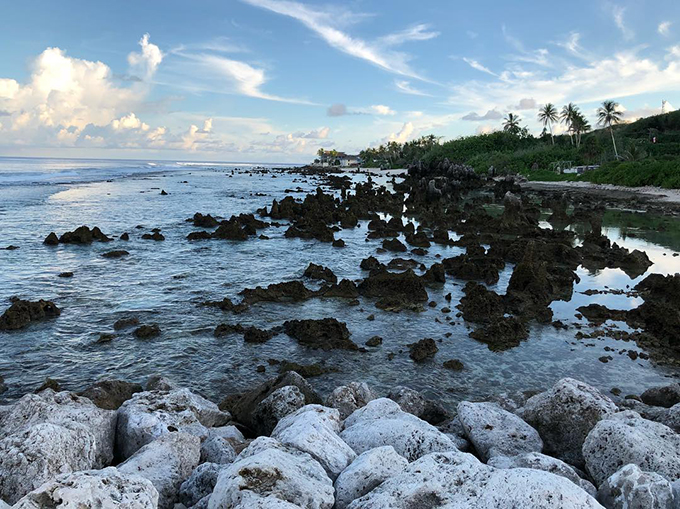 Climate change, labour mobility and West Papua are some of the issues that Vanuatu played a key part in discussions during this week’s Pacific Islands Forum leaders summit meeting in Nauru.

Foreign Affairs Minister Ralph Regenvanu, who was part of Vanuatu’s delegation attending the just-ended Forum meeting, said the issue that was discussed more than anything else was climate change, reports the Vanuatu Daily Post.

He said there was a bit of tension as all Pacific Island Countries recognise that climate change is the single biggest threat to the survival of Pacific people but one member of the Forum does not recognise that it is a threat and is not taking any action on it.

That member is Australia.

The United States, a dialogue partner of the Forum, has similar views on climate change to Australia in terms of not sticking to the Paris Agreement.

Regenvanu said Australia’s stand may be due largely to Australian domestic politics, the Daily Post reports.

He said all Pacific island countries in the Forum were moving in one direction on climate change – and Australia alone in the other direction.

Another issue Vanuatu was part of in Nauru were the agreements signed with Australia for the next stage of labour mobility to get semiskilled ni-Vanuatu to work in hospitality and aged care sectors as well as an agreement to allow Vanuatu to test certain medicines used in hospitals in Vanuatu in Australian laboratories.

On the issue of West Papua, Regenvanu said a resolution would be put before the UN General Assembly next year for West Papua – or what used to be called the Netherland New Guinea’s case – to be re-enlisted with the UN Decolonisation Committee.

He said he had informed his foreign affairs minister colleagues in Samoa last month that Vanuatu would be be tabling the resolution in the United Nations.

He called on Pacific Island countries to support the resolution.

Regenvanu said only Papua New Guinea, Fiji and Australia were not in support of the West Papua proposal.