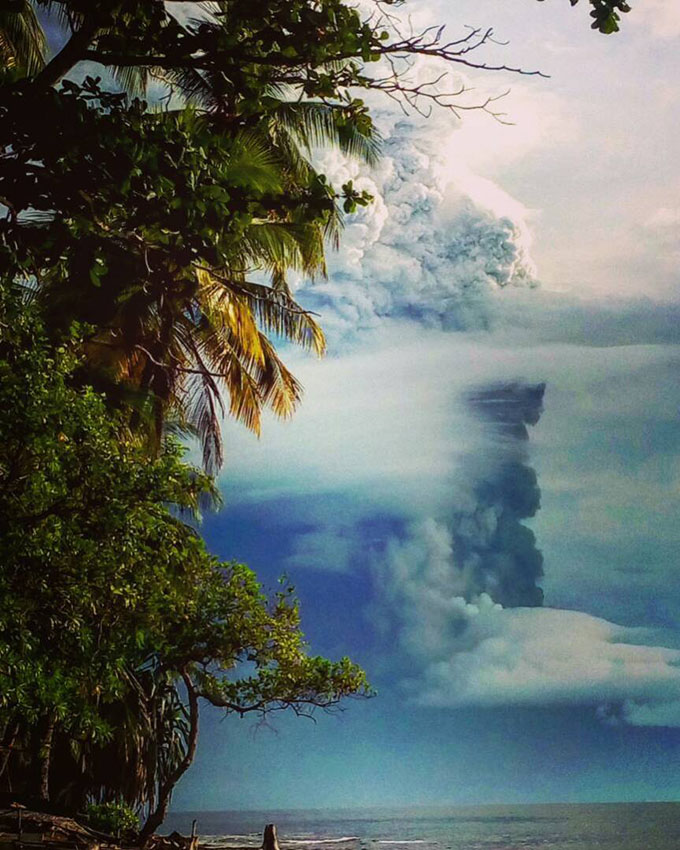 This is his blog’s picture of the eruption early today.

Islanders reported that ash and other debris from the eruption was so thick that sunlight had been totally blocked for a few hours, Waide said.

Manam islander Mina Kamboanga said the villagers were forced to use lights to get around.

He said more than 2000 islanders were in shock over the eruption and were evacuating the island.

Sukua called on the Disaster Authority in Madang to respond quickly.

Manam volcano is located 13 km off the northern coast of Papua New Guinea near Bogia town and is one of PNG’s most active.

A pyroclastic flow at the volcano on 3 December 1996 killed 13 people in the village of Budua.

Why is everyone so obsessed with going to Mars? Here are some other worlds ripe for exploration

In neglecting the National Archives, the Morrison government turns its back on the future

No, it’s not just a lack of control that makes Australians overweight. Here’s what’s driving our unhealthy food habits