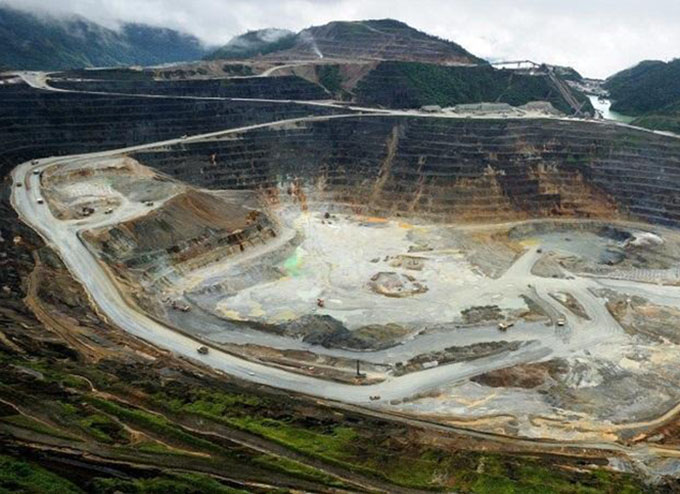 By Glenn Banks and Martyn Namorong in Port Moresby

With the ongoing effects of the devastating earthquake in Hela province, the eruption of election-related violence in the Southern Highlands, a significant budget shortfall, and a foreign exchange crisis driving business confidence down, the resources of the government are severely stretched… and the massively expensive APEC meeting looms in November.

In this context, the drop in government revenue from the resource sector is staggering. And accounts in significant part for the growing fiscal stress.

In 2006-2008, according to Bank of Papua New Guinea figures, the government collected more than K2 billion (NZ$0.9 billion) annually from the sector by way of taxes and dividends, on mineral exports that had just topped K10 billion (NZ$4.6 billion) for the first time.

Government dividends and corporate taxes made up just 1.6 percent of the value of exports in 2017 (and that was a significant increase over 2015 and 2016).

If we take the long-term average share of the value of exports that the government has received (at a little over 10 percent), this points to a potential ‘‘hole’’ of at least K8 billion over the past four years, an amount that would go a long way to covering the current fiscal deficit.

Some precedents
There are some precedents for the rapid drop in government revenues from the sector. In 1990 and 1991 – just as the ‘‘resources boom’’ triggered by the Porgera gold mine and oil production at the Kutubu oilfield began – revenues collapsed, largely due to the closure of the Bougainville copper mine in 1989; and again, briefly in 2009 due to the onset of the global financial crisis in 2008.

But neither of these has been as deep or as sustained as the current hole.

A full explanation of the precipitous decline in resource revenues is beyond the scope of this analysis.

Clearly, a number of factors are involved, including a fall in commodity prices, major construction and expansion costs (which attract accelerated depreciation provisions) and generous tax deals.

The revenue dry-up of the past four years also reveals that the state bears a disproportionate share of the risks associated with resource projects and investments. If we go back to the original intent of the post-Independence mineral policy, it was to translate mineral wealth into broad-based development across the whole country:
“…known mineral resources should be developed for the revenue they can provide to the government” (PNG Department of Finance 1977: 2).

This clearly has not happened in the last four years. And certainly the Treasurer cannot be critiqued for commissioning yet another fiscal review: this seems appropriate, although whether it effectively addresses broader issues of a “fair share” of mineral wealth remaining in PNG remains to be seen.

While there is much less money coming from the resources sector, there is at least better data than there used to be. The Extractive Industries Transparency Initiative (EITI) is a global initiative begun in 2002 to give transparency to what were regarded as often opaque flows of resource revenues from multinational companies in the extractives sector (especially oil) to the state in the countries in which they were operating.

Voluntary initiative
It is a voluntary initiative in which countries (and companies) can elect to become a “candidate” country, and so long as they are able to be compliant with EITI standards, they can be admitted as a full member of EITI.

The key requirement is to be able to report in a reliable way (through third party audits) on the revenues paid by companies, and reconcile these with payments received by the different arms of the state.

The involvement of all parties – companies, governments and civil society – and public communication around the event and its products is also seen as central to both transparency and raising awareness of the nature of resource revenues and their destination.

Papua New Guinesa initiated its involvement in EITI in 2012. Four annual EITI reports have so far been produced (for the years 2013 to 2016). These reports provide an increasingly rigorous and transparent set of data on flows from the sector to the government, and identify additional revenue streams to the government than what BPNG use (and have used for the past 40 years).

When all the additional revenue streams that EITI identify are included, the total share of the value of mineral exports rises to around 6.5 percent for 2017, up from the 1.6 percent based on the BPNG data.

EITI is not without its problems and the most recent PNG country report identifies areas where it needs to be strengthened in PNG, and a focus on companies rather than operations can lead to the obfuscation of total flows and payments from each mine, oil and gasfield.

In the PNG context, an examination of the sub-national flows and audit trails is also significant, and an initial study into this is underway.

This article was originally published in the PNG Post-Courier.