Chinese President Xi Jinping has met Papua New Guinea Prime Minister Peter O’Neill in Beijing, pledging to work with the country to push the bilateral relations to a new level.

The development of bilateral relations had entered a fast track, and political mutual trust and mutually beneficial cooperation had both reached a new level in history since the establishment of a strategic partnership between the two countries in 2014, he said.

China was willing to work with Papua New Guinea to strengthen communication and deepen cooperation, expand exchanges and push bilateral relations to a new level.

O’Neill also met with the Premier Li Keqiang when they discussed issues of mutual interest between the two countries, including shared development interests, infrastructure delivery and the hosting of Asia Pacific Economic Forum (APEC) 2018 due in Port Moresby in November. 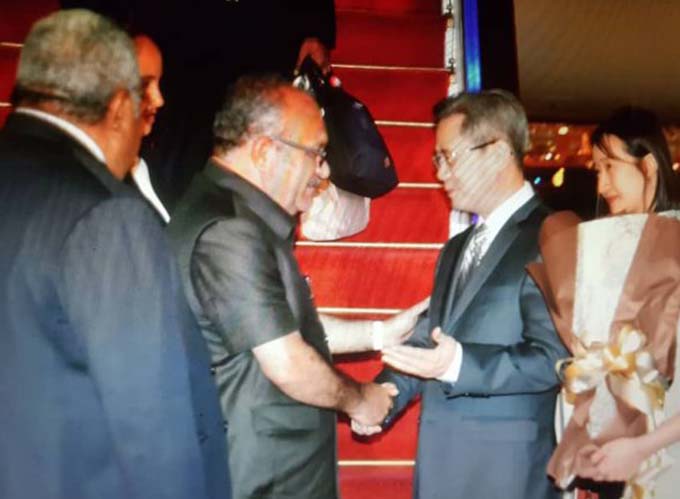 ‘Strong friendship’
“There is a strong friendship between our governments, both through our officials and high-level interaction,” O’Neill said, reports EMTV News.

“We intend to keep taking this friendship to an even higher level, and there are many outcomes we look to achieve on this visit.

“My last state visit to China was in 2016, and this resulted in seven major agreements in development projects, investment and trade.

“A number of other infrastructure projects have been identified since then are in the process of being delivered.

“These include the rehabilitation of the Poreporena Freeway, the construction of the Boulevard to Parliament, and the upgrade of the International Convention Centre.

“Each of these projects is a gift of the people of China, and are demonstrations of warm relationship between our countries.

“The International Convention Centre has already hosted many APEC meetings, and now it has been upgraded for the APEC Leaders’ Week.

Buses for APEC
China is also providing a number of vehicles, including buses, that will be used in APEC motorcades.

APEC is based on enhancing partnerships, and the partnership we have with China in the delivery of APEC is most appreciated.”

The Pacific Media Centre has a content sharing arrangement with EMTV News.