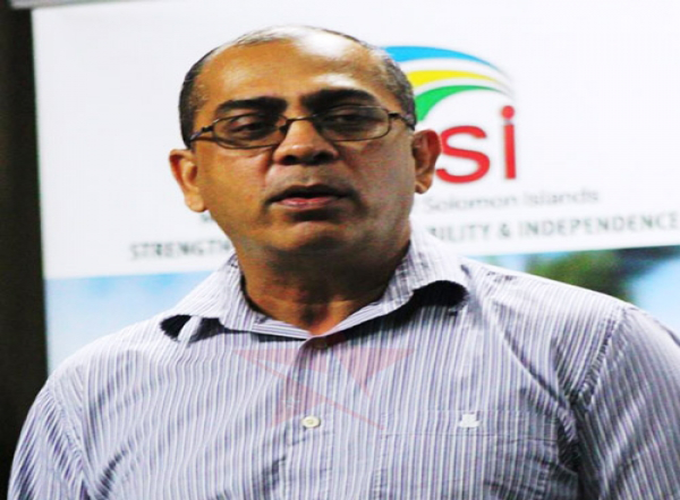 By Ronald Tito’ona in Honiara

Local journalists in the Solomon Islands have been again reminded of their watchdog role by keeping the government accountable in the fight against corruption.

Head of the University of South Pacific journalism strand Dr Shailendra Singh spoke to a group of journalists in a four-day anti-corruption reporting workshop in Honiara yesterday.

He said the role of a journalist was important in order to keep people informed and to keep the government accountable.

“The priority is scrutinising the government,” said the regional media specialist.

Dr Singh added that the private sector and civil society organisations were also prone to corruption.

Informing public
“People need to be informed to be able to analyse government’s performance, because we have elections every 4 to 5 years.

“And, people need to be fairly informed, to be able to make a right choice,” he said.

Dr Singh explained that if people were informed of the government’s conduct or policy, they could choose to either vote the government out or keep it in power.

“That is why it is so important that we, the media, scrutinise both the government conduct and policy on a regular basis.

“This is something we do constantly, but it is good to revisit and be reminded of our roles because we do this all the time, it can become a routine,” Dr Singh told the journalists.

Dr Singh said that this was how the news media performed its Fourth Estate role and upheld a country’s democratic system.

‘Very important role’
“So the news media is an important and a crucial pillar of democracy in any country. Without it, the government is no longer as accountable to the people.

“Without the news media, the government does not feel as accountable to the people. The government can act with impunity, and indulge in corruption more freely.”

Local journalists were also told to be vigilant and with a priority placed on reporting corruption.

“So do not underestimate your role. You will get a lot of criticism in the course of your work.

“People you question will criticise you, and they will also try to belittle you.

“So do not let them detract you, from this very important role,” said Dr Singh.

He reminded participants that they were representatives of the public, and without the media the public was handicapped in choices they made.

Ronald Tito’ona is a journalist on the Solomon Star.