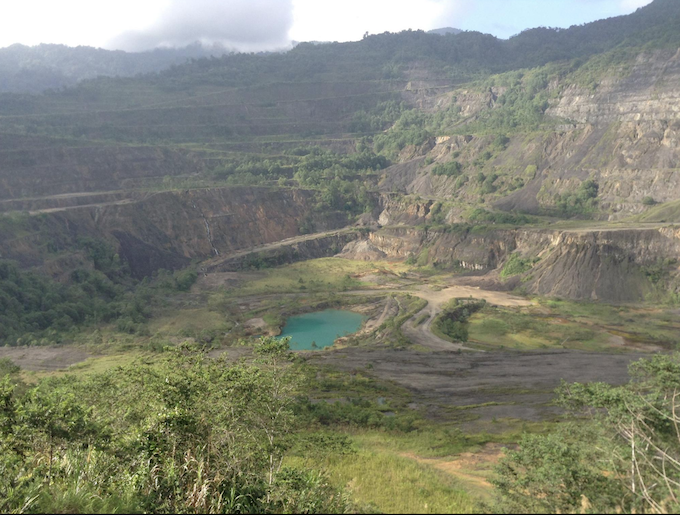 By Aloysius Laukai in Buka

The President of the Autonomous Bougainville Government, Chief Dr John Momis, has announced an indefinite moratorium on exploration and mining in Panguna.

He said the Bougainville Executive Council had its meeting on Wednesday made a “thoughtful and considered” decision to impose an indefinite reservation moratorium from any exploration or mining over Panguna in the best interest of the landowners and the people of Bougainville.

The council debating the issue following advice from the Bougainville Mining Advisory Council.

“It is with much regret that the basic requirement for obtaining the landowners consent under the Bougainville Mining Act 2015 could not be met,” Momis said.

The voice of the Panguna landowners was clearly heard during the mining warden hearing that decided in a narrow split between those supporting the mine reopening by Bougainville Copper Limited (BCL) and the opponents.

Dr Momis also said that to develop the mine by any other developer would be “untenable” under current circumstances.

“We will not allow this project once again to reignite the wounds of the Bougainville crisis and distract our focus for restoring peace and our preparation for our referendum in 2019,” he said.

Continued consultations
While imposing this Panguna moratorium, Dr Momis said his government would continue to consult with Panguna landowners and the people of Bougainville over an “appropriate arrangement” or best alternative models of development of the mine if the people still had an appetite to develop the mine in the future.

The Bougainville Civil War was fought in 1988-1998 between Papua New Guinean military forces and secessionist guerrillas of the Bougainville Revolutionary Army (BRA).

The conflict led to an estimated 15,000-20,000 deaths on Bougainville before a peace agreement was brokered by New Zealand in 1998. This led to the establishment of the Bougainville Autonomous Region Government.

Bougainvilleans are due to vote in a referendum on possible independence in June 2019.