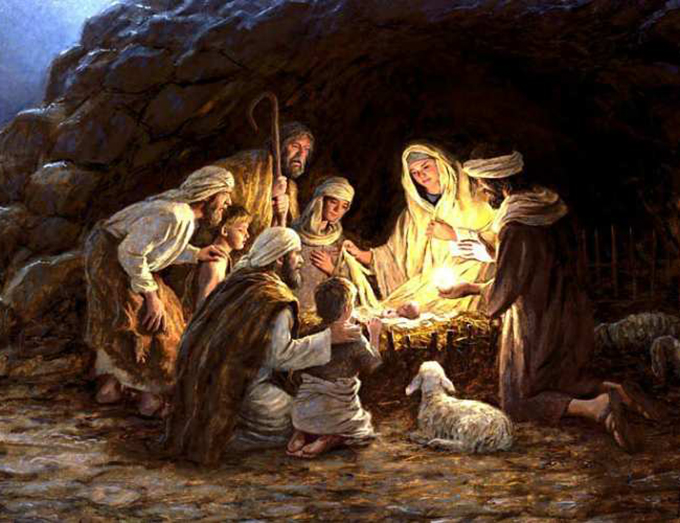 I might be about to ruin your Christmas. Sorry. But the reality is those nativity plays in which your adorable children wear tinsel and angel wings bear little resemblance to what actually happened.

Neither does your average Christmas card featuring a peaceful nativity scene. These are traditions, compilations of different accounts that reflect a later Christian piety. So what really happened at that so-called “first Christmas”?

Firstly, the actual birth day of Jesus was not December 25. The date we celebrate was adopted by the Christian church as the birthday of Christ in the fourth century.

Prior to this period, different Christians celebrated Christmas on different dates.

Contrary to popular belief that Christians simply adapted a pagan festival, historian Andrew McGowan argues the date had more to do with Jesus’s crucifixion in the minds of ancient theologians. For them, linking Jesus’s conception with his death nine months prior to December 25 was important for underscoring salvation.

Only two of the four gospels in the Bible discuss Jesus’s birth. Luke recounts the story of the angel Gabriel appearing to Mary, the couple’s journey to Bethlehem because of a census and the visit of the shepherds.

It features Mary’s famous song of praise (‘Magnificat’), her visit to her cousin Elizabeth, her own reflection on the events, lots of angels and the famous inn with no room.

The inn
The matter of the inn with “no room” is one of the most historically misunderstood aspects of the Christmas story. ACU scholar Stephen Carlson writes that the word kataluma (often translated “inn”) refers to guest quarters.

Most likely, Joseph and Mary stayed with family but the guest room was too small for childbirth and hence Mary gave birth in the main room of the house where animal mangers could also be found.

Hence Luke 2:7 could be translated “she gave birth to her firstborn son, she swaddled him and laid him in the feeding trough because there was no space for them in their guest room”.

The wise men
Matthew’s gospel tells a similar story about Mary’s pregnancy but from a different perspective. This time, the angel appears to Joseph to tell him that his fiancé Mary is pregnant but he must still marry her because it is part of God’s plan. 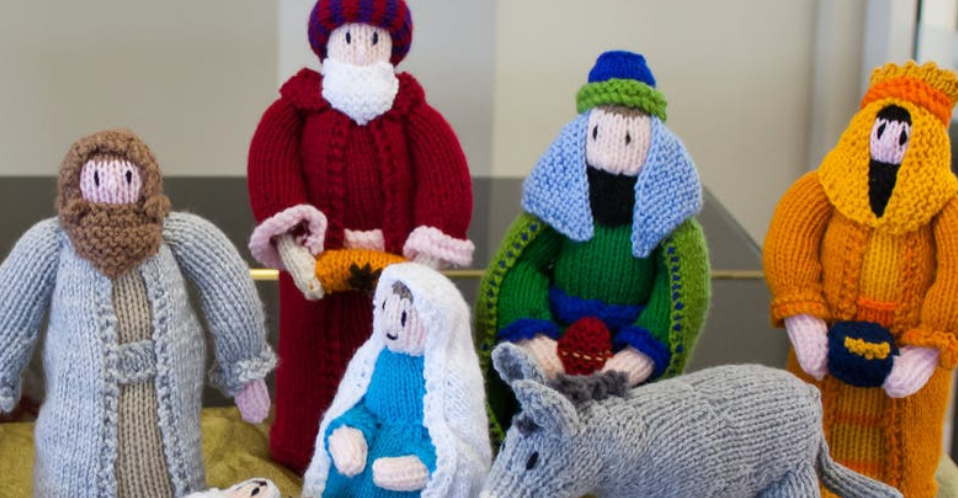 “There were probably not three magi [wide men] and they were not kings.” Image: The Conversation

Where Luke has shepherds visit the baby, a symbol of Jesus’s importance for ordinary folk, Matthew has magi (wise men) from the east bring Jesus royal gifts. There were probably not three magi and they were not kings. In fact, there is no mention of the magi’s number, there could have been two or 20 of them. The tradition of three comes from the mention of three gifts – gold, frankincense, and myrrh.

Notably, the magi visit Jesus in a house (not an inn or stable) and their visit is as late as two years after the birth. Matthew 2:16 records King Herod’s orders to kill baby boys up to the age of two based on the report about Jesus’s age from the magi. This delay is why most Christian churches celebrate the visit of the magi on “Epiphany” or January 6.

Notably absent from these biblical accounts is Mary riding a donkey and animals gathered around the baby Jesus. Animals begin to appear in nativity art in the fourth century AD, possibly because biblical commentators at the time used Isaiah 3 as part of their anti-Jewish polemic to claim that animals understood the significance of Jesus in a way that Jews did not.

When Christians today gather around a crib or set up a nativity scene in their homes they continue a tradition that began in the 12th century with Francis of Assisi. He brought a crib and animals into church so that everyone worshipping could feel part of the story.

A radical Christmas
If we pare back the story to its biblical and historical core – removing the stable, the animals, the cherub-like angels, and the inn – with what are we left?

The Jesus of history was a child of a Jewish family living under a foreign regime. He was born into an extended family living away from home and his family fled from a king who sought to kill him because he posed a political threat.

The Jesus story, in its historical context, is one of human terror and divine mercy, of human abuse and divine love. It is a story that claims God became human in the form of one who is vulnerable, poor and displaced in order to unveil the injustice of tyrannical power.

While there is nothing wrong with the devotional piety of Christian tradition, a white-washed nativity scene risks missing the most radical aspects of the Christmas story.

The Jesus described in the Bible had more in common with the children of refugees born on Nauru than the majority of Australian [or New Zealand] churchgoers. He too was a brown-skinned baby whose Middle Eastern family was displaced due to terror and political turmoil.

Christmas, in the Christian tradition, is a celebration of God becoming human as a gift of love. To enjoy adorable, albeit a-historical, nativity plays and all the other wonders of the season is one way of delighting in this gift.

But if we nostalgically focus on one baby while ignoring the numerous babies who suffer around the world due to politics, religion and poverty, we miss the entire point of the Christmas story.