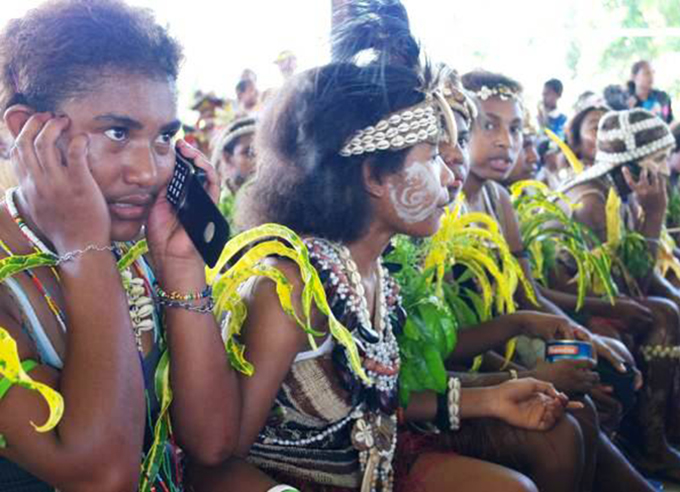 In 2007 when Digicel entered the PNG market, Papua New Guineans realised how much in unnecessary charges they had been paying for mobile and internet services.

Until 2007, the mobile phone monopoly run by a government subsidiary, BeeMobile Communications, forced customers to pay K125 (NZ$45) for a mobile start-up kit which contained a SIM card and K100 in phone credits.

Digicel slashed costs and flooded the market with up to 1 million handsets selling at K30 a piece with free SIM cards.

Over the last 15 years, the implementation of government legislation and regulations have drastically improved the digital landscape in Papua New Guinea.

Research this year conducted by the Royal Melbourne Institute of Technology (RMIT) puts the figure of internet users in PNG at 960,000.

There are more than 3 million mobile subscribers, which means at least four of 10 people own a mobile phone.

However, despite 15 years of legislative and regulatory reforms and general improvements, the country still lags behind in ICT infrastructure and the cost of services.

Papua New Guinea’s closest neighbours – Indonesia, New Zealand, Fiji and Australia – are among the top six countries that have the cheapest rates.

Ten years on and Papua New Guineans are on the brink of another phase of development.

The government’s budget policy for 2018 highlights that a new high-speed internet cable funded by the Australian government will be laid from Australia to PNG. It will take 24 months to complete.

This is expected to take care of PNG’s ballooning ICT demands over the next 25 years.

The submarine cable will complement the investments to mobile telephone infrastructure to improve the availability of 3G and 4G services to more Papua New Guineans.

Through community-based programmes, NICTA also has plans to support the expansion of access to high-speed broadband internet connectivity to selected communities.

As Papua New Guinea prepares to host a series of APEC meetings in 2018, the country is under a lot of pressure to live up to expectations as an exemplary player in the region despite its ICT challenges.

Bringing costs down will trigger, improvements in large business activity and SMEs. It is an area of the economy that desperately needs a boost with government help.

Scott Waide is the Lae bureau chief of EMTV News and a former journalist with the Australian Broadcasting Corporation bureau in Port Moresby. He has won several awards for his journalism. EMTV News reports are republished by Asia Pacific Report with permission.