Reporters Without Borders (RSF) has called on the Australian authorities to halt their raids against media outlets over leaks about overspending by the government-owned National Broadband Network Company (NBN).

The raids violate the principles of protection for the confidentiality of sources and whistleblowers, the media watchdog said in a statement.

The Australian Federal Police (AFP) have been raiding TV channels, newspapers and news websites since May 19 in connection with the revelations about cost overruns at NBN, which is behind schedule with the job of providing all Australian homes with high-speed fibre internet connections.

According to the news website Crikey, the federal police have been authorised to seek access to the emails, computers, phone records and official documents of The Weekend Australian, the Australian Financial Review, the Australian Broadcasting Corporation (ABC), The Sydney Morning Herald and the tech news website Delimiter.

ABC News said a warrant issued to the police “names Labour Senator Stephen Conroy, staffers, technology bloggers, and four major media organisations including the ABC,” suggesting that the “police are casting a wide net in their investigation.”

Delimiter said the police may have obtained journalists’ metadata.

“This unprecedented series of raids has dealt a serious blow to media freedom and freedom of information in Australia,” said Benjamin Ismaïl, the head of RSF’s Asia-Pacific desk.

‘Severity towards whistleblowers’
“Unfortunately, this confirms Australia’s decline in the latest World Press Freedom Index resulting from growing severity towards whistleblowers and journalists’ sources and the media’s resulting self-censorship. The authorities must terminate these police excesses, which clearly violate principle of proportionality in the limitations placed on media freedom.”

RSF expresses its support for the Media Alliance, an organisation that represents the Australian media, and its chief executive officer, Paul Murphy, who described the raids as “a disturbing new twist in pursuit of whistleblowers and legitimate public interest journalism.”

“The raids are a heavy-handed and over-the-top response to media stories which have embarrassed the government,” Murphy said. “Once again, the government wants to shoot the messenger rather than address the issues raised by journalists in their reporting.”

Murphy has also called on the police to say whether journalists’ metadata have been accessed without their knowledge.

Australia is ranked 25th out of 180 countries in RSF’s 2016 World Press Freedom Index but its performance score has suffered a decline in the past year due mainly to the threats to whistleblowers and sources and the resulting self-censorship within the media. 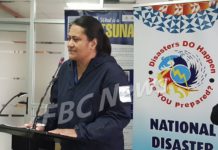 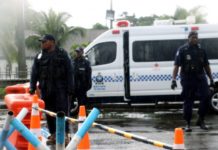 Pandemic policing needs to be done with the public’s trust, not...

Without international students, Australia’s universities will downsize – and some might...

Does JK Rowling’s breathing technique cure the coronavirus? No, it could...