Fiji is already struggling to cope with the aftermath from the recent tropical cyclone Winston, other storms and the impact of climate change, but suicide among youth is also becoming a major concern for parents and communities.

Bainimarama said that counselling services and initiatives already existed in Fiji, but he would ask every branch of government to improve its response to youth suicide.

Last year, there were 89 cases of suicide from January to September, which had 10 cases of children aged under 16. Also, there were more than 20 people aged between 17 and 25 years who had committed suicide during the same time.

However, this issue has some deeper roots back into the 1990s.

Peter M. Forster (UK), Selina C. Kuruleca (Fiji) and C. R. Auxier (USA) published a report named A Note on Recent Trends in Suicide in Fiji in 2007 in the Journal of Pacific Rim Psychology. They collected suicide data from Adinkrah who reported in 1995 and from Booth who reported in the years 1997 and 1999.

People in need for counselling are provided a toll free number 1325 to talk with trained counsellors. It is a 24-hour helpline.

“We have got almost 7000 calls since last September,” says Peci Baladrokadroka, a senior counsellor in MSP.

Naina Ragigia, a Fiji Police Force spokesperson, shows her concern because the force receives many calls related to suicide cases as well.

People from different age groups, starting from 5 to 70 are attempting suicide.

“We have noticed young people around the age of 12-23 years are mostly victims of suicide cases,” says Ragigia.

Reasons for suicide
There are so many reasons ranging from child neglect to poverty which are leading people to commit suicide in Fiji.

“In young people, child neglect, sexual abuse and physical abuse are one of the major reasons,” says Peci Baladrokadroka.

Ragigia says that in some cases children are disappointed by his or her own parents.

“A 10-year-old boy was playing outside his home. His mother scolded him to come home and study. But that boy took this in a different way; he locked himself in his room and eventually hanged himself.

“Children from the young ages of 12 years are now committing this offence which is indeed a sad thing,” she said.

Entertainment programmes on television and radio are also contributing.

“Last year we had a case of 12-year-old girl. She was trying to mimic a scene [of a suicide] from the movie, but ended up dead instead,” says Ragigia.

Matthew Galuvakadua works as a volunteer at Youth Champs for Mental Health.

“Family expectations put extreme pressure on young children, especially when exams are a concern,” he says.

Galuvakadua has been working with this organisation for the past four years. The group mainly focuses on suicide prevention for young people in Fiji and tries to reduce the stigma associated with it, especially people living with mental illness.

Apart from this, relationships and family issues are also among major reasons for suicide. Peci says that drugs, alcohol, educational needs and poverty also contribute.

The issue is becoming more serious each year and the government, with the help of local organisations and NGOs, is trying to deal with the suicide cases, but results are disappointing.

Reluctant over information
“When Asia Pacific Report tried to contact different organisations for statistical data and information, they were reluctant to give any details.

Ragigia says suicide is a very sensitive issue and how foreign media might present the scenario is difficult to judge.

“Organisations seem to be reluctant over this particular issue because they don’t want Fiji to be represented in a wrong way.”

Peci says the government is running many awareness programmes with different organisations.

They have a fine relationship with the local health authorities.

Frequent check-ups
“The Fiji police is fortunate to have services of our local health authorities for offering a frequent medical check-up for the victims and there are also counselling services offered from local NGOs that we are able to refer to the victims for counselling purposes,” says Ragigia.

However, Galuvakadua thinks that the government should be more involved with mental health organisations.

“Government should work and form better relationships with existing mental health service providers in the community,” he says.

Galuvakadua also shows his concern about lack of rehabilitation centres in Fiji.

“The Community Recovery Outreach Programme is the only functioning rehabilitation programme that refers people at-risk from suicide to people living with mental illness, sending them to St Giles Hospital in Fiji.”

He hopes to see an improvement in the months ahead.

Ami Dhabuwala is a postgraduate student journalist at AUT University. She is reporting on the Asia-Pacific Journalism course and is currently in Fiji. 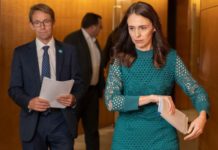 For this Filipina journalist, every day is a battle with fear – and defying silence

For this Filipina journalist, every day is a battle with fear...