By Monica Aguilar and Shivika Mala in Suva

Fiji’s Neville Koop, managing director and meteorologist at Na Draki Weather, believes scientists must do a better job communicating with the public in preparation for future severe weather events in the Pacific.

“If you cannot explain to people something by coming down to their level, you might as well not say anything,” he says.

The main concerns people have is whether they will lose crops, if it is safe to drive and what are the risks to life and property.

Koop believes that it is essential that people understand the limitations of forecasting which relies on modeling cyclone behavior based on past storms.

However, cyclone Winston was “all over the place” defying past models and making it hard to give warnings with absolute certainty.

Koop believes a failure to grasp the scientific principle of uncertainty and a lack of faith in science has very dangerous potential for future weather events.

Rumours swirling
Shortly after cyclone Winston rumours were swirling on social media about it being a geo engineered man-made event.

Koop was appalled at this idea: “That’s dangerous and particularly insidious when people put this stuff out, right when people are most vulnerable because one of the things very noticeable after the Cyclone Winston was the very high level of post-traumatic stress.”

Koop was less diplomatic in an impassioned public post on Nadraki’s newsfeed calling such misinformation “a litany of lies” and “outright bullsh*t” which is “morally abhorrent”.

He says the key challenge for scientists and governments as they respond to climate change is to create policy based on the best available science while communicating to the public in a way that relates to their daily lives.

Monica Aguilar and Shivika Mala are student journalists at the University of the South Pacific. 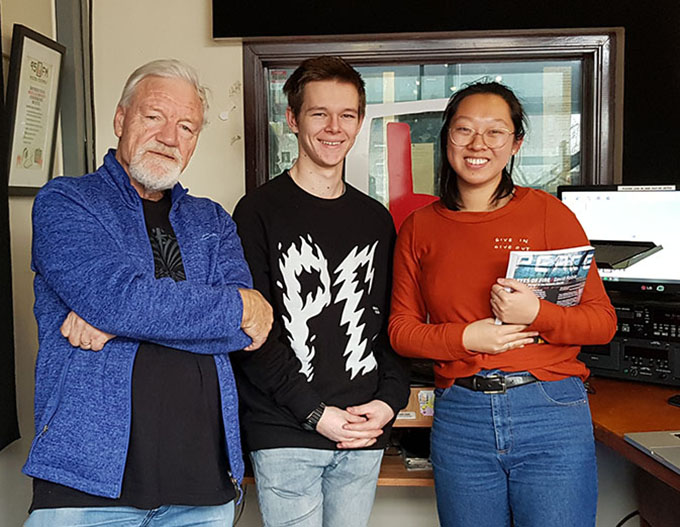 Low-paid, young women: the grim truth about who this recession is...

Intensive farming is eating up the Australian continent – but there’s...

‘The rot goes right up to Beijing’: Why detained professor Xu...

Revealed: the Sun’s secret plan to become a lithium factory