But Asia Pacific Report had a photographer on the inside – with the protesters blockading the lifts to the New Zealand Petroleum Conference.

Asia Pacific’s Del Abcede captured these images of police dragging away the protesters.

The non-violent civil disobedience action was organised by Greenpeace. 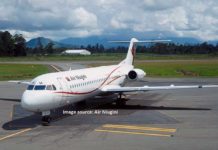 Yes, the system needs to be better. But here’s how to...

These plants and animals are now flourishing as life creeps back...