Today’s edition of NewsRoom_Digest features 7 resourceful links of the day and the politics pulse from Friday 29th January. It is best viewed on a desktop screen.

Noteworthy stories in the current news cycle include the Government having the numbers needed to pass any enabling legislation to ratify the Trans-Pacific Partnership, the Inland Revenue saying it is cracking down on a ‘black economy’ that involves tradespeople being paid under the table, and the first intake of Syrian refugees arriving under New Zealand’s increased quota being welcomed in Auckland.

Greens: Implicit police threat appalling; NZ can lead the way with organic milk – but the Govt needs to step up; Climate change should be a factor in coal mine consenting process; Green Party Welcomes New Head Of Sustainable Business Council

LINKS OF THE DAY

DWELLING CONSENTS RISE: Building consents for new dwellings continued to increase in 2015, although not as strongly as in the previous three years, Statistics New Zealand said today.Read more:http://www.stats.govt.nz/browse_for_stats/industry_sectors/Construction/BuildingConsentsIssued_HOTPDec15.aspx

GLOBAL VALUE CHAINS: The WTO has released new statistical profiles on global value chains (GVCs) for 61 economies. These profiles, available on the WTO website, bring together a set of indicators on trade taking place within GVCs.Click here for the statistics:

GLOBAL SALARY SURVEY 2016: The balance of power in the New Zealand work force is predicted to tip in favour of employees according to the findings of a survey by leading specialist recruitment firm Robert Walters. Click here for a copy: https://www.robertwalters.com.hk/salarysurvey.html

MENTAL HEALTH: Trialling whether data from a wearable sports monitor could predict a patients’ decline and assessing a new crisis mental health service were two of the research projects tackled by this year’s University of Otago, Christchurch’s Summer Students. Following is information about four of the projects. A full list can be found at:

WINE INDUSTRY: The New Zealand wine industry continues to show sound financial metrics in 2015 on the back of profitability in all but the smallest wineries and stable or increased gross margins across the board, according to the tenth annual financial benchmarking survey released today by Deloitte. To read or download the full Vintage 2015 report, go to http://www.deloitte.com/nz/wine

And that’s our sampling of “news you can use” for Friday 29th January.

Brought to EveningReport by Newsroom Digest. 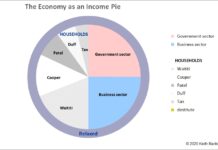