Significant achievements in Pacific public health, reports Asia-Pacific Journalism. But there is a serious downside too. Pacific Scoop: Report – By Chelsea Armitage Progress is being made in Pacific health in New Zealand in some areas, but falling short in others, says a recent public audit report. The first six-monthly update on ‘Ala Mo’ui: Pathways to Pacific Health and Wellbeing 2014-2018 was released this month, collating quantitative data on Pacific health. Pacific Islanders in New Zealand trumped the general Kiwi population in a number of factors, the report says. These include nurse and GP usage rates, numbers of children with a BMI greater than the 99.4th percentile being referred for further treatment, and the number of eligible adults who had a cardiovascular disease risk assessment in the last five years. “These are significant achievements which show that some good work is being done across the health sector, particularly in improving access for Pacific people to primary health care,” says Minister for Pacific Peoples and Associate Minister of Health Sam Lotu-Iiga. ‘Starting point’ Pacific Perspectives principal director Dr Debbie Ryan says the update is an “excellent development”, and that a criticism of Pacific health action plans in the past has been the lack of performance measures for accountability. But she says it’s a challenging job and there is a risk associated with setting only a few measures. “Collecting the data and ensuring it is used will be an important driver for ensuring the data is as good as it can be,” she says. In terms of the specific results around GP use, Dr Ryan says the figure means “very little” by itself as use generally relates to need. “Someone who has a chronic condition or is in a certain age group will have higher health needs than for younger adults,” she says. “Overall, given the higher disease burden in Pacific people we would expect that GP use should be higher.” Dr Ryan says there is evidence that advancement in Pacific health doesn’t hinge on how many people are accessing care, rather it’s the quality of care that matters. Fewer referrals “Other studies into primary care for Pacific people have reported lower consultation times, fewer referrals to other services and that GPs reported lower rapport with Pacific patients,” she says. “The usage figures are merely a starting point for examining what else is occurring. Primary care has an increasingly important role in early detection and prevention of illness.” The report shows the number of obese Pacific Island children continues to rise, which may explain the spike in childhood obesity referrals. One in four Pacific children is obese, compared to one in 10 for the total New Zealand population. “It is clear that there are still too many Pacific people developing diabetes and too many children suffering from tooth decay and obesity,” Lotu-Iiga says. Pacific health status remains unequal with non-Pacific across almost all chronic and infectious diseases. Figures released under the Official Information Act show the government’s Health Promotion Agency spent nearly $6 million on advertising last year, with its main work in 2014 comprising a rheumatic fever campaign aimed at Pacific Island families. Despite this, the report shows Pacific Islanders are still overrepresented in rheumatic fever hospitalisation statistics at 26.8 per 100,000, well below the national target of eight per 100,000. This number is said to be an improvement on previous statistics. Access improving Pacific people’s access to alcohol and drug services has been improving over the last three years, although it’s still 10 percent lower than that of the total New Zealand population. Lotu-Iiga says ‘Ala Mo’ui is helping to better understand the reasons behind disparity in health outcomes between Pacific people and the New Zealand population as a whole. “By monitoring progress across a range of areas we can identify which initiatives are working well for the Pacific population and how these can be shared with DHBs around the country,” he says. Academic health researcher Dr Aliitasi Su’a Tavila says ‘Ala Mo’ui is a great strategy for measuring Pacific health as it consults with the community first hand. “It’s very, very good, because it’s evidence-based. It’s based on a lot of community consultation on all levels of Pacific People from a health perspective,” she says. Dr Su’a Tavila called on the government in 2013 to begin assessing Pacific health from inside the community rather than an outside perspective. “If we really need to achieve what the government is looking at, they must always involve and communicate with the Pacific community in order for them to understand and agree with the outcomes included in the strategy,” she told Radio New Zealand. “The Pacific people have their own values and beliefs. Those values and beliefs may impact on what’s written in the strategy,” she said. Strategy review Two years on, Dr Su’a Tavila is pleased with how ‘Ala Mo’ui is progressing. “The Ministry of Health is constantly reviewing the strategy to make sure it aligns with the specific environment of Pacific peoples’ health, and that’s very positive,” Dr Su’a Tavila says. Chief adviser for Pacific health Hilda Fa’asalele was unavailable for comment but says in the official ‘Ala Mo’ui plan that it was developed to “facilitate the delivery of high-quality health services that meet the needs of Pacific peoples”. Fa’asalele says equity between Pacific Island health and national health is achievable, and that to address inequities, the health, education and social development sectors need to address barriers and lift performance. “[‘Ala Mo’ui] sets out a strategic direction to address the health needs of Pacific peoples and outlines some new actions, which will be delivered over the next four years,” she says. “Our new long-term vision is: Pacific ‘āiga, kāiga, magafaoa, kōpū tangata, vuvale and fāmili experience equitable health outcomes and lead independent lives.” Both the Ministry of Health and Ministry of Pacific Island Affairs were unavailable to comment on the report. Chelsea Armitage is a postgraduate student journalist at AUT University. Ala Mo’ui: Pathways to Pacific Health and Wellbeing 2014-2018 –]]> 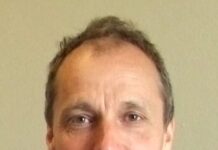