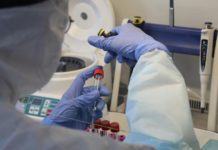 Bryce Edwards’ Political Roundup: “Year of the vaccine” at risk