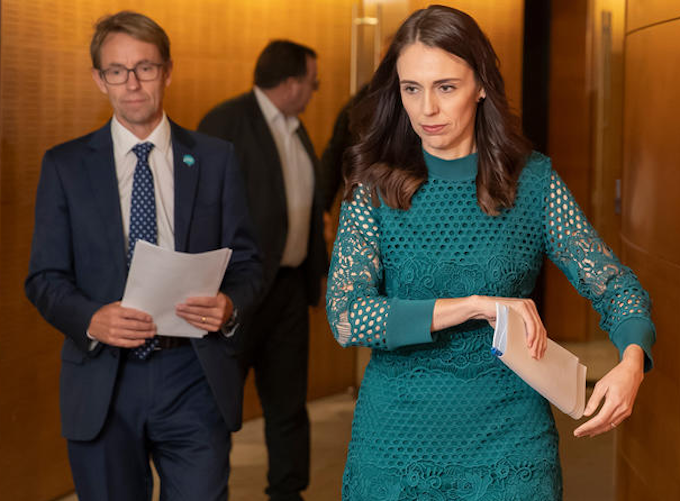 Source: The Conversation (Au and NZ) – By Michael Plank, Professor in Applied Mathematics, University of Canterbury

The controversy surrounding New Zealand journalist Charlotte Bellis, who has now accepted a place in border quarantine after initially seeking refuge in Afghanistan when her first application was declined, has highlighted confusion and concern over New Zealand’s managed isolation and quarantine (MIQ) system.

Cabinet ministers are currently discussing changes to MIQ as part of a plan to reopen New Zealand’s borders, expected to be announced later today. This will update a staged timeline announced late last year, which was pushed back when the Omicron variant emerged overseas.

Since New Zealand’s MIQ system was established at the start of the COVID-19 pandemic, it has intercepted more than 2000 cases at the border. Over half of these have been found in the two months since the start of December, following Omicron’s rise to global dominance.

If New Zealand had removed the requirement for international arrivals to go through MIQ last year, we would almost certainly have faced a large Omicron wave during December and January, just as happened in many Australian states. Does this matter, given we are now facing an Omicron wave anyway?

The answer is a clear yes.

By delaying the start of the Omicron outbreak New Zealand has bought valuable time to prepare. This has allowed for the build-up of supplies of rapid antigen tests, which will be needed when case numbers take off, and work on improved ventilation in schools.

It has also enabled us to reduce the number of Delta cases to very low levels, lowering the chances of a “dual epidemic” with Omicron dominating cases but Delta adding significant extra demand on hospitals and intensive care units.

We have also learnt a lot about Omicron itself in the past two months, allowing us to adjust our response. But most crucially, the delay tactics have provided time to increase collective immunity by rolling out booster doses and starting vaccination of 5-11-year-olds.

Over 1.3 million New Zealanders have now been boosted, including some of our higher-risk groups. And about one in three 5-11-year-olds has had their first dose.

Read more:
The most challenging phase of the Omicron outbreak is yet to come, but New Zealand may be better prepared than other countries


Boosters are essential for providing high levels of protection against serious illness with Omicron. Data from the UK Health Security Agency estimate that, about three months after the second dose, the risk of being hospitalised with COVID-19 is about half that of an unvaccinated person. After a booster, this drops to about one tenth of the risk of an unvaccinated person.

New Zealand needs to keep up the momentum of the booster programme and childhood vaccine rollout. Without the additional immunity boosters have given older age groups over the last two months, we would now be facing significantly higher levels of severe illness and death than we are.

There are currently 100-200 COVID-19 cases in the community each day and 40-70 cases in MIQ. If we removed the requirement for people to quarantine, we would very likely see a big increase in the number of people travelling to New Zealand.
This could easily translate into several hundred cases per day arriving at the border.

Our recent modelling shows home isolation and testing requirements could reduce the risk of community transmission from international arrivals by up to 80%. But even in the best-case scenario, we would be adding about a hundred new chains of transmission to the community outbreak every day.

These transmission chains would grow exponentially, significantly accelerating the outbreak and adding to the pressure on our contact tracing and healthcare systems.

For now, MIQ is continuing to do an important job of slowing down the outbreak and buying us more time. This is an essential part of New Zealand’s strategy to flatten the curve and avoid overwhelming healthcare capacity.

Once there are several thousand cases per day, adding a few hundred border cases will start to become less important. Relaxing border restrictions at this point would make sense: it would be reasonable to accept a higher level of risk at the border, provided no new variant of concern emerges.

MIQ capacity could be used more effectively for high-risk community cases who are unable to isolate at home.

The future of MIQ

Over the course of the pandemic, there have been four notable community outbreaks that likely originated from MIQ facilities (August 2020, February 2021, August 2021 and the current Omicron outbreak). There have also been several near misses, many of which were prevented from causing a larger outbreak by routine testing of border workers.

MIQ has been one of the main reasons New Zealand has managed to avoid the massive death tolls seen in other countries.

Thanks to highly effective vaccines, New Zealand has now moved away from the elimination strategy. But SARS-CoV-2 continues to surprise us with new variants.

Although Omicron is less severe than the Delta variant, it is not mild and still poses a major threat to health systems because of the sheer number of cases it can cause. Delaying the arrival of Omicron into New Zealand has likely saved lives.

Read more:
Why does omicron appear to cause less severe disease than previous variants?


The New Zealand government faces some tough decisions. There is an understandable desire to make it easier for people to cross the border, but it is unlikely Omicron will be the last variant this pandemic throws at us.

Unfortunately, there’s no guarantee the next variant won’t be more severe or better able to evade existing immunity. If a dangerous new variant does emerge, the ability to quickly stand up MIQ facilities once again could prove invaluable.

Michael Plank is affiliated with the University of Canterbury and is funded by the New Zealand Government for research on Covid-19.

Giorgia Vattiato receives funding from the University of Auckland, and has previously received funding from Te Punaha Matatini.

Shaun Hendy is affiliated with the University of Auckland and has received funding from the Ministry of Business, Innovation and Employment (MBIE) and Te Pūnaha Matatini, New Zealand’s Centre of Research Excellence in complex systems.

– ref. New Zealand’s border quarantine has intercepted thousands of COVID cases, but is it time to retire the flawed system? – https://theconversation.com/new-zealands-border-quarantine-has-intercepted-thousands-of-covid-cases-but-is-it-time-to-retire-the-flawed-system-176144