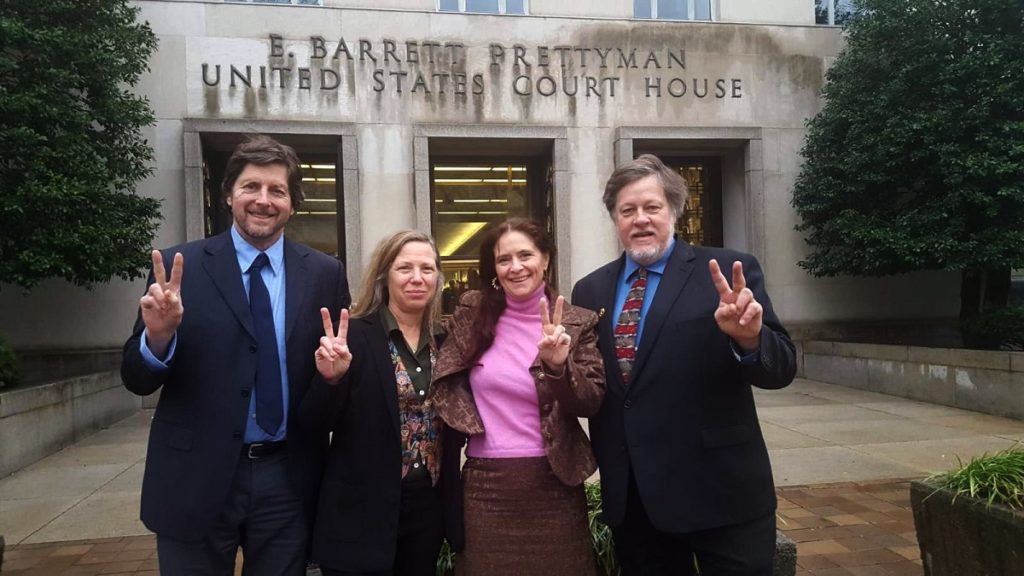 The Council on Hemispheric Affairs (COHA) expresses its solidarity and heartfelt sympathy to the family and political partners in the struggle of attorney and activist, Kevin Zeese, who died suddenly early Sunday morning, September 6, 2020, at his home in Baltimore, Maryland.

COHA shared a commitment to the principles of non-intervention with Kevin Zeese, who opposed the unilateral coercive measures the US has imposed in violation of international law and which cause so much suffering for the peoples of Latin America. Kevin Zeese upheld these values in word and deed throughout his life.

For many years Kevin Zeese dedicated himself to building social movements in the United States to bring about positive change. He and his life partner, Dr. Margaret Flowers, were very active in 2011 in key groups (October2011 and Stop the Machine! Create a New World!) that joined forces with Occupy DC in the US capital. This movement opened a serious conversation about inequality in the United States that continues to this day. Kevin was active in the movement to support Chelsea Manning and indeed everyone’s right to information. He and Margaret also organized people to protest the Trump inauguration with civil disobedience actions in January of 2017, and Kevin was a leader in the anti-imperialist and anti-war movement in the United States, having helped organize conferences against NATO and serving as a leader of the US Peace Council and the United National Antiwar Coalition.

Kevin also understood the role of information in building social movements, as he and Margaret used their platform, Popular Resistance, to strengthen reporting from alternative media and social movements throughout the US and the world. In fact, Kevin was incredibly knowledgeable about people’s struggles around the planet and was often instrumental in helping other progressives sort through US hybrid warfare operations to get at the truth, usually through contacts with grassroots movements in different countries. Popular Resistance also hosts a Solidarity School in which activists learn about social transformation, furthering Kevin’s unflagging belief in the power of social movements to change our world.

Kevin Zeese was a legal advisor and one of the activists who defended the Embassy of Venezuela in Washington DC for several weeks in 2019, after the Trump administration violated diplomatic conventions by trying to hand the embassy over to self-appointed “authorities”, in violation of the United Nations Charter and several international treaties. Kevin and a collective of academics and professionals defended the legitimate government of President Nicolás Maduro and were not intimidated by the threat of fines or imprisonment. Their commitment led to a legal fight in US federal court where, after a months-long trial, federal charges supported by the Trump administration were finally dropped against the four Embassy Protectors.

In 2020 Kevin became the press secretary of the presidential campaign of Howie Hawkins, the Green Party candidate who believes in a platform of ecosocialism, the fight against inequality, opposing voter suppression, and reforming the current GOP-Democrat duopoly that leaves a large percentage of the U.S. people voiceless.

COHA expresses its profound solidarity with the family of Kevin Zeese, especially his wife and fellow activist, Dr. Margaret Flowers, whose ongoing commitment to the cause of social justice worldwide is a fitting tribute to this attorney who gave his all to the progressive and humanist ideals he believed in.

The new 15-minute test has potential, but standard tests are still the best way to track COVID-19