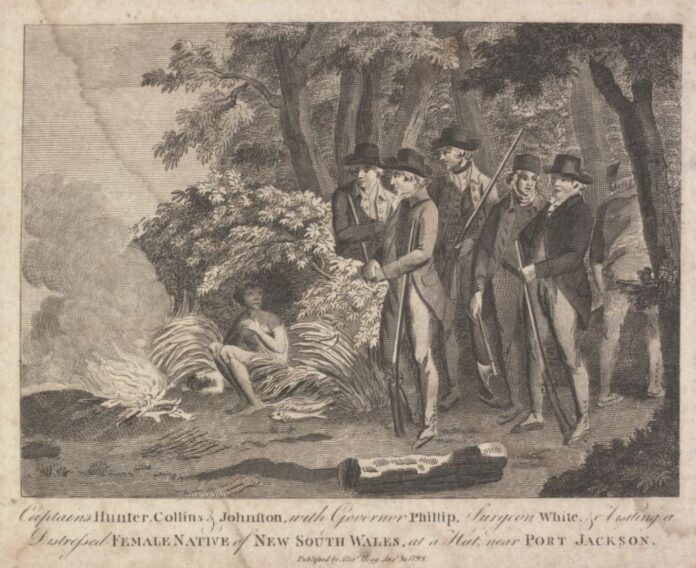 Aboriginal and Torres Strait Islander people know very well the challenges of dealing with infectious diseases introduced from overseas to which the people have no immunity.

Compared to the past, this time Indigenous people have been more able to take measures to protect their communities from disease. Nevertheless, history shows community-controlled responses must remain a priority. To beat COVID-19, Indigenous self-determination is vital.

At the beginning of European invasion, in 1788-89, Indigenous communities had to deal with a devastating smallpox epidemic. Since then, Aboriginal people have endured wave after wave of introduced diseases. The European invaders brought with them venereal diseases, colds and influenza, tuberculosis, measles and more.

Read more: The coronavirus supplement is the biggest boost to Indigenous incomes since Whitlam. It should be made permanent

In February 1913, nearly a third of the population of the Tiwi Islands died in just two weeks. The epidemic began around Christmas 1912. A government medical inspector found that, of a population of 650 people, 187 had died.

The disease remained unidentified but its symptoms resembled measles. A Tiwi elder sang a song describing the typical progression of the disease:

[It] starts with feeling like snake walking up legs, the stomach and bloody diarrhoea, when reaches heart, no more eat, die.

In 1930, a white couple arrived at Gunbalanya, bringing their young daughter and whooping cough. The ensuing epidemic coincided with an outbreak of influenza and malaria and caused “several deaths” – the precise number is unknown as many died “in the bush”. The school was closed and, according to one missionary, the Aboriginal community was at fault, supposedly for their bad attitude:

The fault generally was their own ideas about sickness & some said our medicines were poisonous, & refused to come for them […] Some of the dormitory girls were very sick with malaria & other troubles, they were most difficult to help & not a smile only whine all the time, & did not seem to care if they lived or died, they were deep down in the valley of the shadow. [One woman] who was married last year had a bonny baby just before she took whooping cough, the baby died.

A whooping cough and measles “double-punch” epidemic later hit the Angurugu on Groote Eylandt in January 1950. Families fled to their homelands, hoping to escape the disease. The government put the community into lockdown, cutting off people from family and country.

Those who had to remain had little health care. The rudimentary “hospital” had a single missionary nurse tending 50 critically ill people. Of 240 community members, 175 were infected, and 19 babies died between Christmas and mid-January.

These waves of diseases could have been prevented or minimised through properly funded housing, sanitation and health care. As late as the 1960s at Wurrumiyanga, dysentery was causing devastating child mortality. As government officials noted:

Often the “cure” imposed on Aboriginal communities was worse than the disease. In Queensland, when Aboriginal people were suspected of having a venereal disease, they were exiled to Fantome Island north-east of Townsville. In Western Australia, they were sent to punitive lock hospitals or isolated islands such as Dorre and Bernier.

Relationships between Aboriginal women and white or Asian men were criminalised in the name of preventing the spread of disease in the Northern Territory in 1918.

As governments tackle coronavirus today, there is already evidence that Indigenous people have been disproportionately bearing the brunt of punitive measures and excessive restrictions to control its spread.

Although leprosy is often thought of as an ancient disease, until recently it had devastating effects on Indigenous communities. Much of the horror was due to the heavy-handed government restrictions on Aboriginal people. Those found to be infected were forcibly removed to leper colonies such as Channel Island in the Northern Territory until they died.

Naturally, people did all they could to evade detection, meaning disease was untreated and spread further. Many Aboriginal people today still remember their parents and grandparents who were taken away, never to return. The policy survived even after effective treatment for leprosy was discovered. The last leprosarium, Bungarum at Derby, did not close until 1986.

Aboriginal people know concerns about infection have been used to control even the most intimate details of their lives. Restrictions of movement, removal of family members and regulation of relationships and marriages have all been justified many times under the label of infection control. At the same time, Aboriginal people have lacked the resources, especially housing and sanitation, and decision-making power to control diseases on their own terms.

Facing the threat of COVID-19, Indigenous communities rose to the challenge early, decisively and of their own initiative. Anangu Pitjantjatjara Yankunytjatjara (APY) Lands Traditional Owners restricted access to their region in early March (when the prime minister still planned to attend football matches).

Numerous land councils stopped issuing permits for visitors, again before government action on lockdowns. Tangentyre Council and Larrakia Nation implemented “Return to Country” programs to cover the cost of people wishing to return to their communities (see this report for details of Indigenous responses).

Communities have produced their own educational material in multiple formats in their own languages. (These are arguably sometimes more informative and direct than government communications.) The Northern Land Council produced YouTube videos in 17 languages. Language centres released COVID-19 information in Kunwinjku, Anindilyakwa and more, and Aboriginal Medical Services have released other resources.

Whipping cream canisters have many uses beyond ‘nangs’. Banning them isn’t necessary

What’s in the CPI and what does it actually measure?

Public protest or selfish ratbaggery? Why free speech doesn’t give you the right to endanger other people’s health