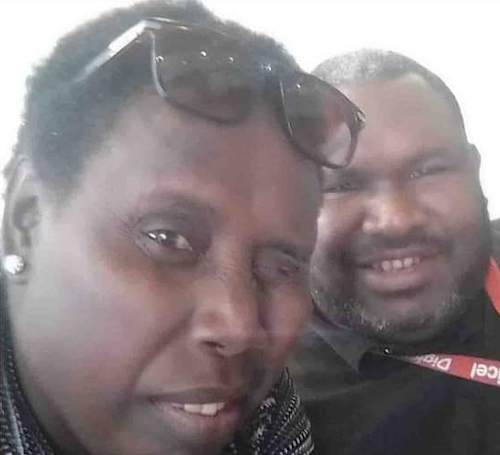 Source: The Conversation (Au and NZ) – By David Robie, Professor of Pacific Journalism, Director of the Pacific Media Centre, Auckland University of Technology

As fears grow over vulnerability to the coronavirus in parts of the Pacific, some governments stand accused of sheltering behind tough emergency or lockdown rules to silence criticism.

Already, several media freedom watchdogs and the United Nations have condemned countries – including Fiji and Papua New Guinea – for exploiting the crisis.

UN High Commissioner for Human Rights Michelle Bachelet has called on governments to stop using the pandemic as “a pretext to restrict information and stifle criticism”. She cites the International Press Institute’s tracking of at least 152 alleged media violations since the outbreak began in China last December.

This is no time to blame the messenger. Credible, accurate reporting is a lifeline for all of us.

According to a new report from the International Federation of Journalists, three out of four journalists worldwide have faced intimidation, obstruction or other restrictions covering the pandemic.

In April, Papua New Guinea police minister Bryan Kramer attacked two experienced journalists, saying they “can’t be trusted” and ought to be sacked.

Based on an interview with Ling-Stuckey, Mou’s story alleged the “bulk” of a 23 million kina (NZ$11 million) budget for COVID-19 operations was being used to hire cars and media consultants. Kenneth supported Mou by posting the interview video on social media.

Ironically, Kramer has a reputation for political transparency rare in PNG. His blog pledges to tell the “inside story through in-depth investigative reporting” and boasts more than 128,000 readers in a country with low internet penetration.

Read more: When the state of exception becomes the norm, democracy is on a tightrope

PNG has eight confirmed COVID-19 cases but no deaths. However, there are fears that a serious outbreak could rapidly overwhelm the health system. Even before the pandemic, warned Human Rights Watch, “the fragile health system […] was underfunded and overwhelmed, with high rates of malaria, tuberculosis and diabetes”.

Human Rights Watch’s Georgie Bright points out that 80% of the PNG population is rural, the country has only 500 doctors, fewer than 4000 nurses and barely 5000 hospital beds.

The country has only 14 ventilators. A COVID-19 outbreak would be catastrophic.

Health officials also point to neighbouring Indonesian-ruled Melanesian provinces Papua and West Papua as a warning for PNG. Politicians worry about encroachments along the 820 kilometre locked-down but still porous border.

Reliable West Papuan data are hard to obtain as they are sometimes “hidden” within Indonesian statistics, but reports indicate 283 cases and seven deaths with totals rising. Only seven respiratory doctors and 73 ventilators are available for 45 hospitals with a regional population of 4 million.

I know this might sound harsh for some people but this is the fact – if you don’t want to die, don’t come to Papua.

While other Pacific countries such as Cook Islands, Samoa, Solomon Islands and Tonga remain COVID-19 free, elsewhere in the Pacific media are still struggling to report the crisis, especially in the American territory of Guam (148 cases and 5 deaths) and the French territories of New Caledonia (18 cases) and Tahiti (58 cases).

Read more: Why is it so hard to stop COVID-19 misinformation spreading on social media?

On Guam, when nearly 1000 infected crew members on the aircraft carrier USS Theodore Roosevelt were taken ashore, the captain who blew the whistle was relieved of his command. The Pacific Island Times has condemned a lack of transparency during a “news blackout” around a US$129 million federal relief budget.

In Fiji, where there have been 18 coronavirus cases with no deaths, Brigadier-General Ratu Jone Kalouniwai warned in the Fiji Sun that the government had “good reasons to stifle criticism” and for “curtailing freedom of […] the press” in response to curfew violations. Two radio personalities were arrested and charged over “malicious” social media comments.

Reporters Without Borders’ Asia-Pacific director Daniel Bastard said the comments “recall the worst time of the Fijian military dictatorship from 2006 to 2014”.

Launching its 2020 global Media Freedom Index, Reporters Without Borders recently warned that the pandemic “provides authoritarian governments with an opportunity to implement the notorious ‘shock syndrome’ – to impose measures that would be impossible in normal times.”

Although Pacific nations are not among the worst offenders on the index, with factual reporting of COVID-19 crucial for vulnerable societies, any suppression or censorship is a threat.