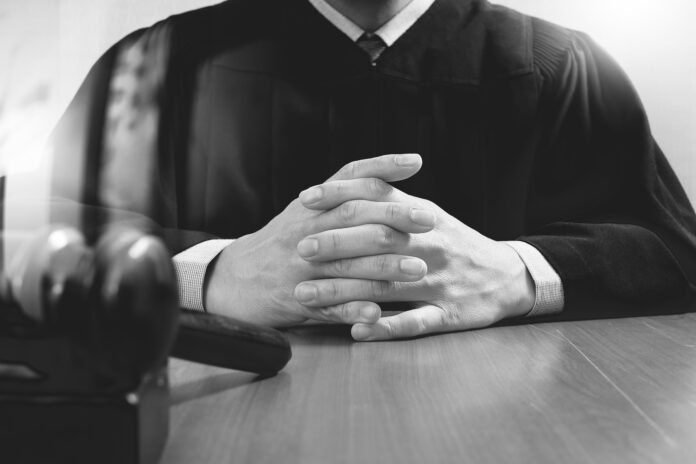 Last month, Victoria swiftly pushed through a bill introducing judge-only criminal trials as a short-term measure to tackle the absence of court sittings during the coronavirus lockdown.

The new law, which was cautiously welcomed by the state Criminal Bar Association, puts Victoria in line with other states that already have judge-only trials as a permanent option.

In Victoria and other states, there is a requirement for the accused person to consent to such a trial. The new ACT law, however, allows a judge to order such a trial whether the accused agrees or not. This was not welcomed by the Law Council of Australia and is now the subject of a constitutional challenge.

Right to a fair trial

Jury trials have long been a staple of common law and one of the essential liberties of a free country.

In Australia, one of the few express constitutional rights is a trial by jury at the Commonwealth level. Richard Harding, former director of the Australian Institute of Criminology, has noted there is an expectation this right extends to jury trials on state indictments, too.

It seems, however, this deference is no longer being observed.

Such a significant change to the criminal justice system deserves much more public scrutiny than it has received.

Even with the ostensible consent of an individual to a judge-only trial, there is a real risk we lose a sense of public accountability for decisions at the state level and the methods used to accuse people of serious crime.

Read more: Courts are moving to video during coronavirus, but research shows it’s hard to get a fair trial remotely

In addition, these judge-only trials have been introduced in Victoria and the ACT during an emergency, without an audit of outstanding trials and a taskforce to look at alternative measures (such as fewer jurors). It is the prefect storm of short-term gain with the potential for long-term harm.

In the UK, where a similar backlog of trials has been exacerbated by the pandemic, some lawyers have urged the courts to adopt the Australian model and offer the judge-only trial option.

The Criminal Bar Association of England and Wales, however, has signalled its concerns about making any changes to the current jury system, saying,

There are so many imponderables that this pandemic should not be used as an excuse to rush into the great unknown where the risks are simply not worth taking, from what would be a wholescale change, volte-face to a tried and tested system that worked for at least the past 800 years.

Community engagement in justice is vital

It is also worth bearing in mind that jury service is an exercise in democracy. In cases where the public has a vested interest and the verdict could lead to a life-changing punishment, it is vital the community decides on a person’s guilt or innocence – and not a privileged professional.

Lord Devlin, a British judge well known for his stance against what he saw as injustice in the legal system, once said

a jury cannot fight tyranny outside the law, but it ensures that within the law liberty cannot be crushed.

More recently, in an appendix to a book about great trials at the Old Bailey, Sir Edward Bindloss wrote that

jurors serve a political function: they are lay people who administer the law as a direct act of citizen engagement.

Because criminal cases focus so much on people and their behaviours, there is a real value in the role members of the community play when they answer the call for public service on a jury.

Then there is the question of finding the right balance on acquittal rates.

By 2014, however, judge-only trials had become much more commonplace in the state, accounting for a quarter of all trials. And the acquittal rate was more even – 33.3% for judge-alone and 35.2% for jury trials.

There might be a range of reasons for such differences in the statistics, which could be determined by thorough analysis of the cases themselves.

This shows the need for more analysis and study of judge-only trials to gauge their fairness before more permanent changes are made to state laws.

We also need to consider the impact that changing or removing trial by jury will have on marginalised groups.

The Australian judiciary is well known for its lack of diversity. Because of this, is there a potential for judge-only trials to lead to biased decisions against certain minorities?

Research on the Diplock courts in Northern Ireland – judge-alone courts set up in the 1970s to address criminal cases during the Irish Troubles – has studied whether judges acting on their own could become “case-hardened” over time and thus biased against the accused.

The research also raised concerns that judges would decide the facts in cases and then draft their reasons in such a way as to make their decisions more difficult to appeal.

In South Africa, jury trials were abolished in 1969 due to racial bias against black people and a new system was set up with an option for two lay assessors to sit with the judge. These assessors are able to overrule the judge when it comes to a verdict on the facts of the case.

Judge-only trials in Australia have no similar checks from the community on the judicial process. In cases involving Indigenous people in Australia, it would be worth considering having Indigenous lay assessors similarly accompany judges who sit alone on trials.

Read more: Transmitting COVID-19 to another person could send you to prison for life. Here’s why this is worrisome

Instead of changing to judge-only trials, perhaps what is really needed is a more fundamental recognition of the disadvantages and vulnerabilities that many people face in the criminal justice system.

If this is something we’re committed to addressing, then verdicts that affect someone’s life should always come down to more than one person.

Even during a pandemic, it must still be possible to select a diverse group of jurors committed to public service to make sure trials are fair, even if, in the short term, they have to sit 1.5 meters apart.

– ref. Jury is out: why shifting to judge-alone trials is a flawed approach to criminal justice – https://theconversation.com/jury-is-out-why-shifting-to-judge-alone-trials-is-a-flawed-approach-to-criminal-justice-137397