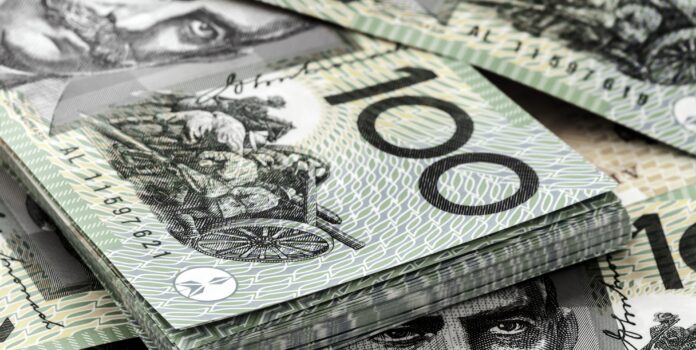 A significant number of wealthy individuals have used the ability of self managed super funds (SMSFs) to borrow for property and other investments to supercharge their funds.

It is not something done by retail and industry funds.

According to freedom of information documents obtained by the Australian Financial Review, in 2018 the largest 100 self-managed super funds had borrowings averaging around A$10 million each.

Given the tax benefits granted to superannuation, this exploitation of the system by Australia’s super-wealthy is scandalous, albeit legal. In 2018 more than 200 members of those biggest 100 self-managed super funds were members of the Financial Review Rich List.

Along with other members of the 2014 Australian Financial System Inquiry chaired by David Murray, I voted enthusiastically for a recommendation to ban borrowing by funds.

Unfortunately, after intense lobbying from the self-managed super fund sector, the Coalition government rejected that recommendation.

I am sure that each of the panel members put different weights on the arguments as to why “no leverage in super” would be good policy.

I focused on two.

First, leverage can lead to funds taking excessive risk, and it also enables some to “rort” the system by getting more assets into the tax-preferred status of super at the expense of the taxpayer

The second argument is about financial sector stability. Leveraged (indebted) financial institutions can be at risk of insolvency and exposed to runs by creditors. A highly levered financial system with lots of interconnectedness can face problems of fragility. Keeping super “un-levered”, as is generally the case for institutional super funds, would be good for stability.

These are not normal times

But even funds that can’t borrow, such as retail and industry funds, face problems if there is a “run” of members wishing to withdraw money.

That could arise because, believing that there are legislated limits on when members can access funds, they have invested significant amounts in longer term, illiquid assets such as toll roads, airports and office buildings in order to produce superior long term returns.

Changing the rules on when members can withdraw funds, such as with the current change to allow withdrawals of up to $20,000, pressures funds to sell off assets they had planned on holding to generate enough cash to meet withdrawals.

Between $30 billion and $50 billion may have been pulled out already.

It isn’t a good time to be selling assets. Depressed sale prices mean the value of all members’ accounts will be further depressed.

Super funds could borrow to obtain the cash needed to meet withdrawals. But that would expose their members to considerable risk if asset prices fell further. They would have to have to pay back the loan from assets that were worth less.

For now, I’ve changed my mind

But if the liquidity problem is purely temporary, brought on by a temporary change in legislation, borrowing might not be such a bad option compared to a forced sale of assets.

While I have not changed my view on prohibiting borrowing in general, I think current circumstances warrant a limited exception.

That exception is that where there is a temporary liquidity problem, brought on by a government change in rules, the institutional super funds should be able to borrow from the Reserve Bank.

Banks can borrow from the Reserve Bank in emergencies. Why not super funds?

Read more: The Australian government opens a coronavirus super loophole: it’s legal to put your money in, take it out, and save on tax

In this regard, I am at variance with commentators like David Murray and indeed the Reserve Bank itself. Moreover, I think there are reasonable arguments for making access to the Reserve Bank ongoing.

And the current issue is one of illiquidity, not insolvency. In principle at least, unlevered accumulation funds can’t go insolvent. If the value of assets falls, liabilities (amounts due to members) fall correspondingly.

The government should fix a problem it created

When an unexpected policy change creates a liquidity problem for super funds, it behoves policy makers to find a solution that avoids the need for funds to generate cash by selling assets at depressed prices.

Allowing super funds to borrow from the Reserve Bank using repurchase agreements would be such a solution. And since the need for liquidity is a consequence of the policy change, those borrowings should not attract a penalty interest rate.

It is important to note that these borrowings are different to the type we argued against in the financial system inquiry.

Read more: Here’s a radical reform that could keep super and pay every retiree the full pension

There, we were concerned about funds increasing the size of their portfolios by borrowing and taking on additional risks.

Here, the borrowings would enable funds to avoid shrinking their portfolios and enable them to reduce the risks and costs they (more precisely their members) face.

And consider making the fix permanent

My suggestion is that while borrowings by super funds should generally be prohibited, accessing temporary liquidity support from the Reserve Bank should not be part of that prohibition.

If access to such a facility is made ongoing, there would be a case for offering it at penalty interest rates and subjecting funds to liquidity regulation. But those are questions best left for reasoned discussion in more settled times.

Oh, and there has to be a severe crackdown on the ability of wealthy individuals to rort the tax benefits of super by borrowing through their self-managed super funds.

For the government to allow such borrowings but not support institutional funds by allowing borrowing from the Reserve Bank in times of crisis seems, at best, anomalous.

– ref. Why the Reserve Bank should fund super funds during the COVID-19 crisis – https://theconversation.com/why-the-reserve-bank-should-fund-super-funds-during-the-covid-19-crisis-137240