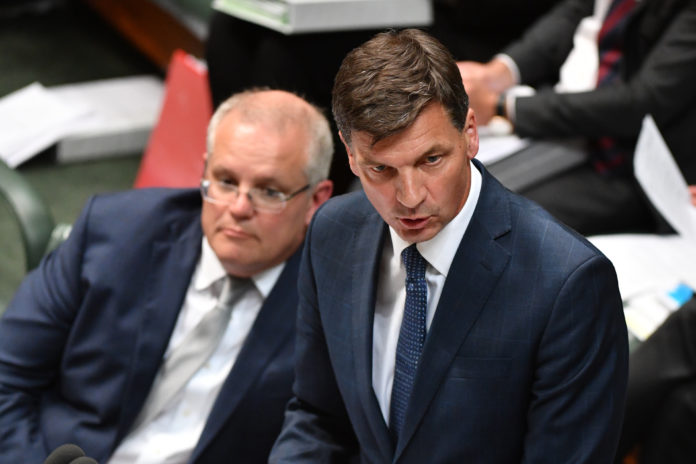 The chaos of COVID-19 has now hit global energy markets, creating an outcome unheard of in industrial history: negative oil prices. With the world’s largest economies largely in lockdown, demand for oil has stagnated.

Essentially, the negative prices mean oil producers are willing to pay for the oil to be taken off their hands because soon, they will have nowhere to store it.

That strategy is a fool’s path to energy security. Right now, the best way to shore up Australia’s future energy supplies is to invest economic stimulus money in renewables – essentially to manufacture our own energy security.

Australia’s oil reserves have for years languished well below the International Energy Agency’s recommended 90 days. Taylor says his plan would address this, and help stabilise (read: push up) oil prices and restore faith in the global oil market on which Australia depends.

But the plan is undermined by a simple fact: unstable global oil prices have been a recurring problem for decades, largely for political reasons well beyond Australia’s control. We need look only to the price shocks triggered by the Yom-Kippur war of 1973, the Iraq war of 2003, and the Saudi drone attack of 2019 – to name just a few.

Price instability is all but guaranteed to increase in future, as climate change concerns drive insurers and investors away from fossil fuels and towards green energy.

The current chaos actually creates a much better opportunity for Australia: use the massive COVID-19 economic stimulus to manufacture real energy security in the form of renewables.

The price and supply of energy from fossil fuels is vulnerable to natural resource depletion, geopolitical tensions and climate change concerns. This is true not just for oil, but coal and gas too.

The only real path to energy security is manufactured energy such as solar panels, wind turbines, electrolysers, batteries and smart grids.

These technologies can turn infinite natural resources into energy, then store and distribute it to ensure stable supply.

Victoria and South Australia now enjoy higher levels of energy security thanks to large-scale stationary batteries that even out electricity peaks and troughs.

Read more: It might sound ‘batshit insane’ but Australia could soon export sunshine to Asia via a 3,800km cable

For example, a large-scale battery in Victoria stores energy produced by the Gannawarra solar farm. The battery provides energy during peak times when there is no sun.

These industries can create thousands of skilled jobs and open up massive new export markets – all while helping to mitigate climate change. This reality has been accepted by major East Asian economies, including China to South Korea, for more than a decade.

The Australian government must use its enormous stimulus to help local companies dramatically expand their wind, solar, hydrogen and energy storage investments. This would satisfy domestic energy needs and grow the new green export markets ready and waiting in Asia.

There is no shortage of projects waiting to be turbocharged. The government could start with Sun Cable, linking Australia’s and Singapore’s clean energy markets via an undersea cable.

By simply following its own strategy, the government could create about 7,600 skilled and semi-skilled jobs and add about A$11 billion each year to Australia’s gross domestic product to 2050.

The cheaper energy prices that follow could help Australia revive its techno-industrial base by making energy-intensive manufacturing a viable proposition once again.

According to leading economist Ross Garnaut, Australia could then bring home its long-lost materials-processing industries and re-emerge as a world-leading exporter of (clean) steel and aluminium.

Geopolitical benefits would also flow from Australia becoming a green hydrogen superpower, such as reducing our worrying export dependence on China.

The idea of using the COVID-19 stimulus to turbocharge Australia’s clean energy shift is not pie in the sky. Indeed, doing so is the explicit recommendation of the International Energy Agency, which this week noted:

These huge spending programmes are likely to be once-in-a-generation in scale and will shape countries’ infrastructure for decades to come… Governments can … achieve both short-term economic gains and long-term benefits by making clean energy part of their stimulus plans.

COVID-19 has undoubtedly been disastrous for Australia and the world. But it creates new opportunities in energy, economic security and climate action. To seize these opportunities, the Morrison government must chart a new industrial course for the nation by manufacturing Australia’s energy security.