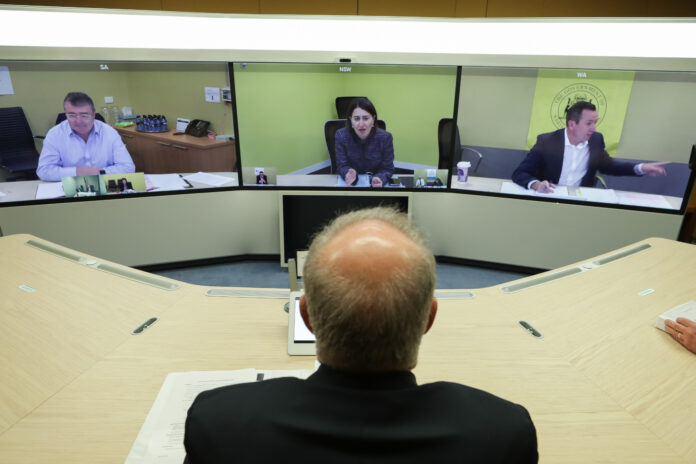 National cabinet has agreed to bring forward its review of COVID restrictions by a week to next Friday, but more downloads of the app are needed.

“Australians have earned an early mark through the work that they have done,” Scott Morrison told a news conference.

So far, 11 out of 15 conditions for reviewing restrictions are already on track to be met.

But one of those still outstanding is for enough people to download the COVIDSafe app.

“This is a critical issue for national cabinet when it comes to making decisions next Friday about how restrictions can be eased,” Morrison said.

As of late Friday there had been 3.6 million downloads. The app will speed up and make easier the tracing of an infected person’s contacts.

The government is reluctant to put a number on what is required for the app to be effective as part of containing the virus. “We haven’t put a target number on. It just needs to be higher and it has to be as high as it possibly can be,” Morrison said.

“We need that tool so we can open up the economy.

“So it’s pretty important that we get people downloading that app over the course of the next week. So it’s over to you Australia, as we go through this next seven days.”

Morrison declined to say what restrictions might be lifted first but indicated health and economic factors would be considered.

Recently there been fewer than 20 new COVID cases a day.

The government also announced another $205 million for the aged care sector as a one-off payment to facilities to support them in the costs being incurred in dealing with the COVID-19 crisis.

Some 23 facilities have been hit with outbreaks, with 15 now cleared.

National cabinet endorsed a draft code of conduct for the sector, following complaints from families, to “drive a more responsive and consistent approach to visitation and communication across residential aged care.”

The code “will also empower residents and their families to speak up and it will provide an agreed course of action to resolve complaints.”

Consultations with providers and consumers are being held until May 7.