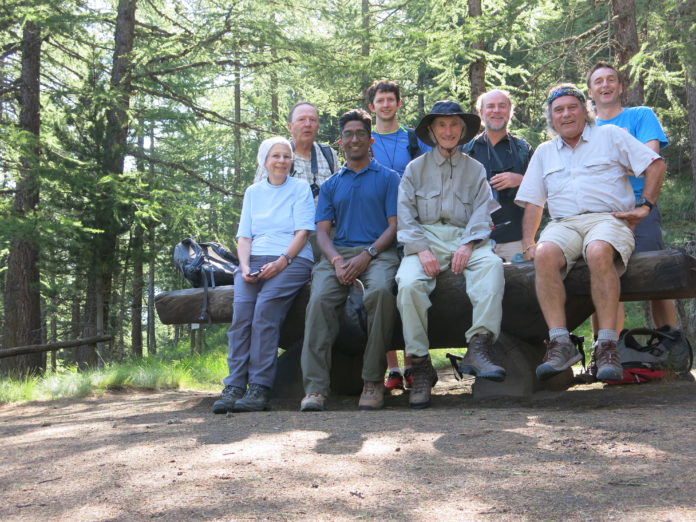 Lord Robert “Bob” May, Baron May of Oxford, who has died aged 84, was one of the greatest Australian scientists of the past century.

He was awarded virtually every honour the British establishment could offer: a professorship at Oxford, the presidency of the Royal Society of London, a knighthood, a seat in the House of Lords, a role as chief scientific advisor to the UK government, and membership of the Order of Merit, a personal gift of the Queen restricted to only 24 living members.

Nevertheless, he remained a quintessential Australian, with a strong Australian accent and larrikin streak – he claimed to be the first person in the 350-year history of the Royal Society to get a swearword into its minutes.

Read more: Robert Hooke: The ‘English Leonardo’ who was a 17th-century scientific superstar

May was born in Sydney in 1936 and originally trained as a physicist, becoming professor of theoretical physics at the University of Sydney in 1969. But in 1973 he shifted both continents and disciplines, becoming a professor of zoology at Princeton University, before moving to Oxford in 1988.

He brought the mathematical insights of a physicist to the then largely descriptive field of ecology, transforming it into a theoretical science with a firm mathematical basis. Nevertheless, he recognised the complexity of ecology in comparison with physics. I recall him saying “ecology is not rocket science – it’s much harder than that”.

His legacy is particularly important in the current crisis. The basic reproductive number of a disease, R0, is a statistical concept that permeates much of the discussion on how to manage the coronavirus pandemic. If we can reduce it to below one and maintain it there, we can eliminate the disease.

With his long-term collaborator, Professor Roy Anderson from Imperial College, May brought this concept to the management of infectious diseases more than 40 years ago. This distillation of a complex ecological process into a simple mathematical concept was typical of his scientific insight.

May made many other major contributions to ecology. One of his earliest insights, which remains crucially important today, is that complex ecosystems are not necessarily more resilient than simple ones.

Ecologists had assumed that diverse and complex ecosystems such as coral reefs and tropical rainforests were better able to resist disturbance. But May’s mathematical models showed this was not the case. As we enter an era of unprecedented human impact on the natural world, we would do well to remember this key insight.

May was also one of the leaders in developing chaos theory, showing that simple ecological systems can show extraordinarily complex and unpredictable behaviour.

More recently, he brought his ecologist’s perspective to bear on another type of complex, dynamic system, by analysing the behaviour of financial markets.

Although he was in no way a field ecologist, he had a longstanding enthusiasm for nature. Until the final few years of his life, he organised annual walking trips to the European Alps with his ecological colleagues. Fit and wiry, not to mention intensely competitive, he was a hard man to beat to the top of a mountain.

Compared with his huge success in the UK, May remains comparatively unknown in his native Australia. However, he did receive our highest honour, a Companion of the Order of Australia, in 1998.

As the world grapples with the coronavirus pandemic, using the modelling methods he had a hand in developing, we should remember and appreciate his world-class contributions to science.

– ref. Vale Robert May, the legendary scientist who helped us understand ecosystems, chaos theory and even pandemics – https://theconversation.com/vale-robert-may-the-legendary-scientist-who-helped-us-understand-ecosystems-chaos-theory-and-even-pandemics-137595