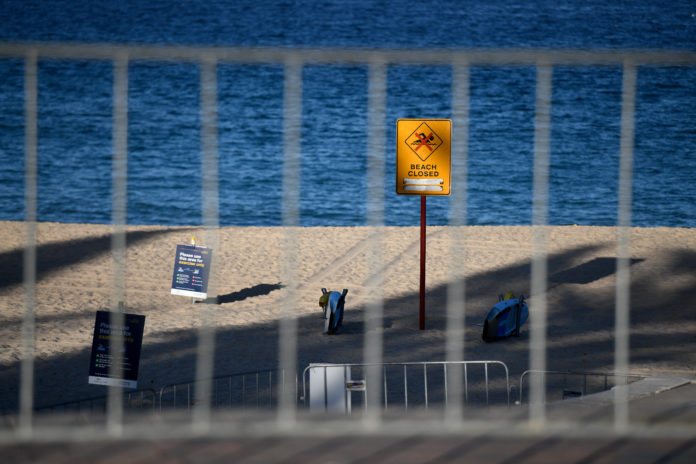 Australia is in an enviable position when compared with major world cities like New York, London and Madrid, each of which continues to deal with COVID-19 deaths in the thousands.

Although Australia has suffered 91 deaths, its daily rates of new cases are now in the low double figures or even single figures – evidence of very little community transmission in the country.

This means that unlike places that are still facing lockdown for weeks or months to come, Australia has some crucial imminent policy choices: how to balance the economic and social benefits of easing restrictions with the risks of a future spike in cases.

Read more: What might trigger a return to ‘normal’? Why our coronavirus exit strategy is … TBC

The Group of Eight, an affiliation of leading Australian research universities, this week published a major independent report describing a Roadmap to Recovery for the nation. It sets out some key policy choices, as well as a suite of recommendations to state and federal governments for the months ahead – specifically, beyond May 15, the extent of the federal government’s current restrictions.

The report invites the Australian government to choose between two contrasting but related strategies: “elimination” of COVID-19, and a “controlled adaptation strategy”.

Under the elimination scenario, Australia would continue its nationwide stay-home order (although restrictions currently vary between states) for two further weeks after daily cases reach zero. That means lockdown would last until the end of May or mid-June, given the current trends in cases. But beyond that many social distancing measures could be lifted relatively rapidly, due to minimal risk of community transmission. Travel restrictions would have to remain tight indefinitely, to prevent the possibility of reintroduction of the virus.

In the alternative, “controlled adaptation” strategy, the government would still use aggressive test-and-trace protocols to keep the number of new cases as low as possible. But lockdown restrictions would be lifted earlier – perhaps in the next couple of weeks – although the lifting would necessarily be gradual, with continued social distancing measures applied to shops, schools and workplaces.

The advantages of elimination is that it prioritises Australians’ health while also affording a more rapid lifting of restrictions once it is deemed safe. For example, restaurants and cafes might perhaps return to serving sit-down customers once elimination has been achieved.

Controlled adaptation will involve more ongoing social distancing. Conceivably, even six months from now, shops and public transport might operate at restricted capacity so people aren’t crowded together. But the advantage of this approach may be in the long term: it prepares Australians for the fact that this virus will probably be circulating around the world for years, and we should adapt our behaviour accordingly.

Furthermore, with improved speed and availability of testing, an adaptation strategy would perhaps allow less stringent international travel restrictions later this year and into 2021. That would be a boon for Australia’s higher education industry, its immigration-dependent construction sector, and its (currently shrinking) overall population.

A ‘continuum’ of choice

Why does the report advocate two strategies, rather than backing just one? The report argues they are not distinct choices, but rather they lie “along a continuum” of strategic options.

So if the government opts to pursue elimination, it would still need to maintain testing and tracing capability in the longer term, as well as continuing to enforce some forms of social distancing even as other restrictions are lifted (for instance, it’s hard to imagine moshing at rock concerts being allowed anytime soon).

Conversely, pursuing a controlled adaptation strategy doesn’t mean Australia can’t also aim to bring cases to zero if possible, as many states are already recording zero cases for several days in a row.

The final exit from either strategy will involve a safe and effective vaccine. Neither allows for the growth of cases contemplated by other countries relying on immunity conferred by people infected with the virus.

Personally, I favour the end of the continuum that aims at controlled adaptation, rather than aiming for complete elimination of the virus in Australia. Elimination may prove elusive due to the long incubation period and high rate of asymptomatic cases of COVID-19.

But either way, it’s clearly important that cases are kept very low. While the disease disproportionately affects the old, people are still dying early and health economists have shown that an average of between 3 and 11 healthy life-years are still being lost per COVID-19 death.

The rapidly advancing scale and quality of testing and tracing capability should allow for the near-elimination of COVID-19 to continue with mild social distancing measures. Travel restrictions could be eased in the longer term as the pandemic (hopefully) wanes across the world.

Arguably most important of all is for the government to be agile in its approach to the crisis – to keep an eye on the situation both here and abroad, and react accordingly.