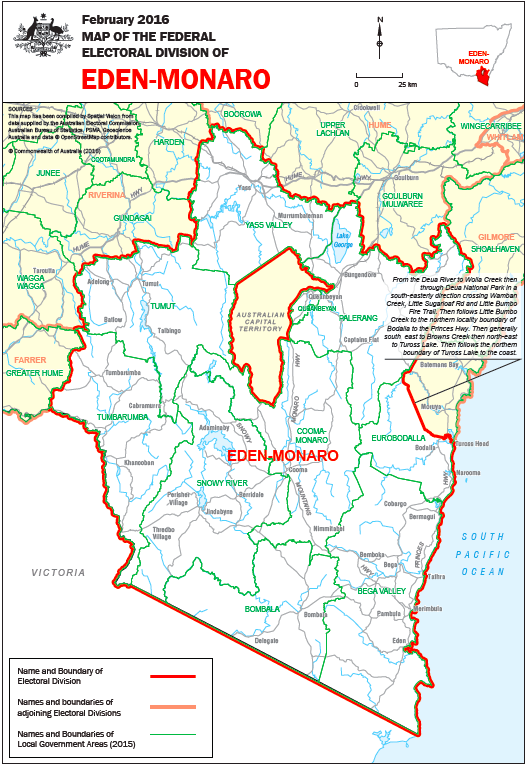 It’s been the summer and autumn from hell for very many of the voters in the NSW federal seat of Eden-Monaro, a Labor electorate on under 1% that forms an envelope around the nation’s capital.

Fire ravaged their beautiful bush and coastal lands and claimed homes. Just as the rebuilding started, the coronavirus stopped the tourist industry climbing back to its feet.

There haven’t even been the usual dollars from the Canberrans who own holiday houses around the seaside areas. The strict travel ban has prevented them commuting for their weekends. Now the coming snow season looms as financially bleak.

Amid all the pain Eden-Monaro’s voters wouldn’t welcome a fractious byelection. But they’ll be understanding about what’s triggered it.

Their popular local member, Mike Kelly, has had his own months of hell, with multiple operations and medical procedures due to health issues arising from his military service in Somalia, Bosnia-Herzegovina, Croatia, East Timor and Iraq.

As an emotional Kelly – who has respect across the political divide – told a news conference, he’s just not able any more to service a seat requiring much driving. He apologised to constituents for causing a byelection at this time.

Neither Anthony Albanese nor Scott Morrison would particularly want a test of strength right now. Byelections in marginal seats are unpredictable; a win can be gold, a loss a minor or major setback. Predictably, both leaders are trying to manage expectations down.

Morrison has had a personal polling boost from his handling of the virus crisis, although the Coalition and Labor remain neck and neck. Apart from narrow politics, his good ratings are coinage when the government has to make hard decisions, or appeal for community patience. He doesn’t want to lose any shine at the moment.

What if Labor holds the seat? That would suggest people aren’t translating their praise for the PM’s crisis management to wider endorsement of the government.

On the other hand, what if the ALP loses, when history is on its side? As everyone keeps saying, a government taking an opposition seat at a byelection last happened a century ago.

A loss would lead to soul searching in the ALP, reinforce the doubts held by Albanese’s critics, and make some in the party wonder if it did the right thing post-election, when he was endorsed without a contest. Remember, however, Labor rules now protect the leader to an extent (but only an extent), which they did not before 2013.

If the Liberals or Nationals won the seat, it would take Morrison’s majority from three to five (that’s including the speaker, who has a casting vote).

What if the victor was not a Liberal but NSW deputy premier John Barilaro, leader of the state Nationals, who appears set to run? Barilaro’s a fire cracker, with strong views and a loud voice.

His victory would mean the Liberals had lost out to their junior partner in a seat that’s a traditional Labor-Liberal battleground.

More important, Barilaro’s arrival in Canberra would unsettle deputy prime minister Michael McCormack. Barilaro wouldn’t take the gamble of seeking to switch parliaments if he didn’t have a lot of ambition.

Eden-Monaro is an electorate with a bit of everything, stretching from the regional centre of Queanbeyan, a dormatory for Canberra, through farming lands and mountains to the coast. From 1972 to 2013, it was hailed as a “bellwether”, going with the government of the day. Kelly, who held it from 2007-13, broke that link when he won it back in 2016.

As ABC electoral analyst Antony Green points out, as a bellwether, “it is a strangely unrepresentative seat. Outside of the ACT, Eden-Monaro has the nation’s highest proportion of residents employed by government, reflecting the large public service population in Queanbeyan, as well as a large number of residents serving in the military.”

Personal standing is important in this seat. Kelly has had a strong personal vote. Barilaro, who hold the state seat of Monaro, covering Queanbeyan, had 52% primary vote at the last NSW election, which shows his individual pull given the nature of the town is hardly usual Nationals’ heartland. In contrast, the Nationals polled 7% in Eden-Monaro in 2019.

Another well-known local, Andrew Constance, has been talked of for the Liberals. Constance, the NSW transport minister, holds the state seat of Bega; he was especially to the fore during the bushfires, when he was critical of Morrison’s performance.

Constance wouldn’t run if Barilaro does, and probably wouldn’t do so regardless. Constance’s house, for which he fought in the bushfires, is in the federal seat of Gilmore, and he’d be reluctant to move.

Also mentioned is Liberal senator Jim Molan. He’s a local, an ex-military man, and a skilled reaper of votes. But if he did become the Liberal candidate, it’s hard to see him being more attractive to potential Coalition voters than Barilaro.

Morrison this week flagged the Liberals would contest the seat and he expected a three-cornored context. But Barilaro on Thursday night argued strongly there should be only one candidate from the Coalition to maximise the government’s chances. “This is not the time for us to have an internal squabble,” he told Sky.

Another local with a profile, Kristy McBain, is touted as the Labor candidate. As mayor of Bega, she would start with good support in that part of the seat.

Questioned about issues, Kelly put climate change centre stage for Labor. More intense weather patterns and fires have given the climate issue a very practical face in Eden-Monaro. Labor will push the argument that with the virus, the government acts on the science – it should do the same on climate. Barilaro, though not a climate denier, attacked those who elevated the climate debate during the bushfires. He has focused on fuel reduction, and is a supporter of nuclear energy.

High on voters’ agendas will be jobs, reconstruction after the fires, and services. It’s a seat where the locals look for tangible results from their MPs, federal and state.

The virus will give a twist to campaigning. Albanese said he expects Speaker Tony Smith to announce the date of the byelection in the parliamentary week of 12-14 May. He anticipated it would be held late June.

How much the leaders will be able to get about the electorate physically is a moot point.

Morrison had an unhappy experience there in January, when he tried to shake some hands in Cobargo. “Well, he won’t have the handshake problem at the moment,” Albanese quipped on Thursday.

– ref. Grattan on Friday: Can the government defy history and return Eden-Monaro to “bellwether” status? – https://theconversation.com/grattan-on-friday-can-the-government-defy-history-and-return-eden-monaro-to-bellwether-status-137482

Biden’s cabinet picks are globally respected, but one obstacle remains for the US to ‘lead the world’ again