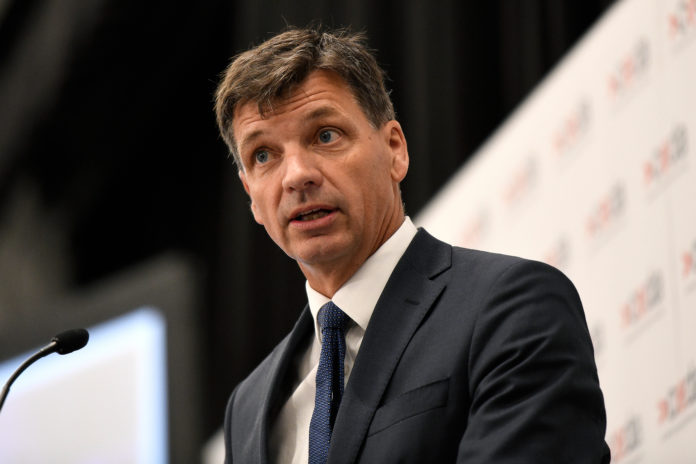 Writing to Auditor General Grant Hehir, Steggall called for an investigation into the “underwriting new generation investment” (UNGI) program, saying it lacks transparency at a time when visibility of public spending is crucial.

“Underwriting” is when a degree of financial risk associated with a project is taken on by the government, rather than the project’s proponent.

Amid an economic crisis and a pressing need to transition to lower-carbon energy, people are understandably interested in where government money is being invested within the energy sector, and on what grounds.

As we face mounting job losses and stranded assets from the transition away from coal – and from the COVID-19 pandemic – taxpayers have a right to anticipate that the government’s investments will be strategically sound.

But the UNGI program lacks the important detail needed to assure the public that smart decisions are being made.

The UNGI program was introduced in 2018. It followed the collapse of Malcolm Turnbull’s National Energy Guarantee and an Australian Consumer and Competition Commission (ACCC) inquiry, which found competition in Australia’s electricity sector needs to be stronger to reduce prices.

The federal government describes UNGI as “technology neutral”. This means the government’s focus is on supporting “best and lowest cost” energy generation options to get off the ground – whether coal, gas, or renewables.

What’s unclear is the extent to which a costs analysis under UNGI will consider long-term and indirect costs, such as by using social costing metrics.

A holistic analysis like this is important in the context of the climate crisis, which could set the Australian economy back more than A$762 billion in damages by 2050. Only considering short-term and direct costs is a recipe for long-term damage when it comes to energy and the impacts of climate change.

Read more: It’s clear why coal struggles for finance – and the government can’t change that

Half the projects currently shortlisted for potential support are fossil fuel projects. The other half are renewables-powered pumped hydrogen projects.

But as Steggal has written, the government hasn’t been transparent about how they decide on which projects to underwrite.

These 12 shortlisted projects were chosen without any final guidelines published informing the public on the selection process. Preliminary criteria, identified in the request for proposals, hasn’t been converted into a decision-making mandate, despite an indication this would happen.

Does the UNGI program have legal support?

Steggal’s letter to the Auditor General referenced research by the Australia Institute think tank, which has criticised the UNGI program as having no legal foundation.

The institute published advice from barristers Fiona McLeod SC and Lindy Barrett, which outlines hypothetical ways UNGI could proceed. These include via an agreement with states, existing legislation, or new legislation. They concluded that there was no identifiable support mechanism in place at the time of the advice.

More than a year later, there hasn’t been any new legislation. And the government has flagged the Clean Energy Finance Corporation’s Grid Reliability Fund as the existing mechanism to support the UNGI program.

There are restrictions on the types of financial instruments this fund can support, as well as on what types of projects. While the Clean Energy Finance Corporation can provide loans, it may not be able to support the types of contracts envisaged by the early UNGI documents.

The Grattan Institute’s energy program director Tony Wood also expressed concern, saying last year that UNGI appeared “quite different” to what the ACCC inquiry called for: a scheme to provide certainty for debt financing and facilitate new entrants into the wholesale market.

And the CEFC is apparently not on the same page as the government that has designated its role in supporting the UNGI program, either. Although it welcomed the funding, CEO Ian Learmonth noted there was no investment mandate, and the Grid Reliability Fund was separate to UNGI.

Steggall and the Australia Institute’s main concerns voiced over the past couple of days seem spurred by an unwillingness or inability of the government to provide information around how UNGI is proceeding.

Transcripts from parliament both last year and earlier this month reveal a number of important questions into the program are repeatedly bookmarked.

Still, several of the shortlisted projects, particularly the gas projects, have been promised support. This includes two already the subject of preliminary agreements and one that’s all but guaranteed funding through an agreement with the NSW government. This suggests the government is ploughing ahead with UNGI despite the lack of clear process or identifiable support mechanism.

Do we really need to support more gas?

Energy Minister Angus Taylor has noted growth in gas supply could emerge from natural competitiveness flowed from the effects of COVID-19.

Whether we need to underwrite more gas at this stage is questionable, given the oft-touted role of gas as a transition fuel is not clear-cut. And in any case gas will not have long-term viability in a net-zero emissions context.

Post-COVID-19 recovery stimulus must be focused on markets, industries and technologies that need support, but which also, as Steggall puts it, “have a future”.

Yes, competitive pricing is important, as is reliable energy supply. But how that’s achieved must not frustrate the ability to address climate change, or compound current economic concerns by locking in future costs.

At the very least, clearer information about how projects are meeting the “best and lowest cost” criteria, and what financial and legal mechanisms are supporting UNGI as it proceeds, is what we require – and deserve.

– ref. The government’s UNGI scheme: what it is and why Zali Steggall wants it investigated – https://theconversation.com/the-governments-ungi-scheme-what-it-is-and-why-zali-steggall-wants-it-investigated-137252