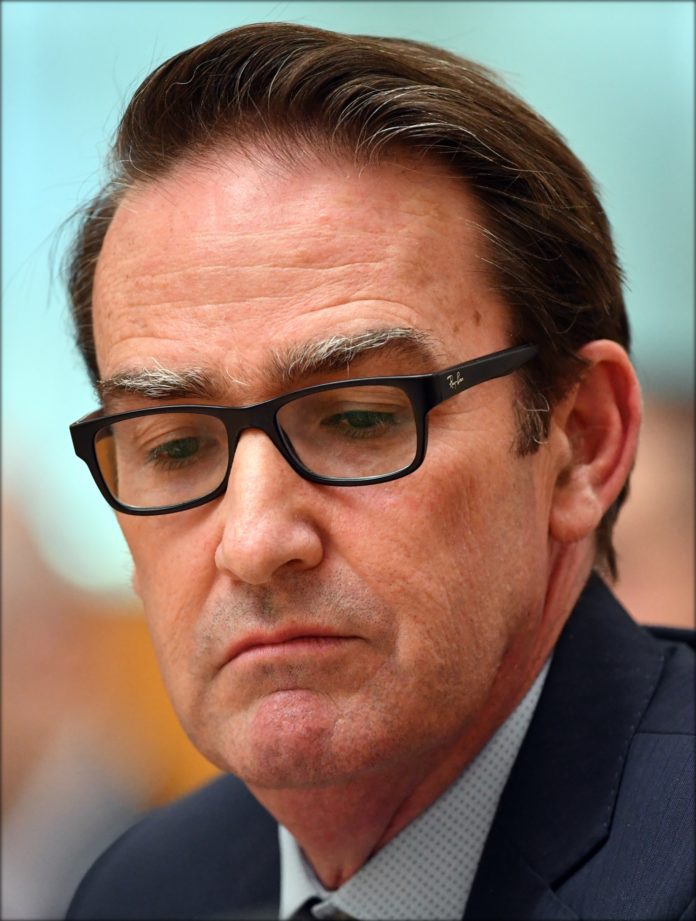 JobKeeper is by “no means perfect”. Treasury Secretary Stephen Kennedy used those exact words when he appeared before a Senate committee on COVID-19 on Tuesday, going on to observe that getting it right would “require continuous work”.

We have dug into the JobKeeper numbers to work out how it could be improved.

The Morrison government announced JobKeeper on March 30. For a cost of A$130 billion, employers of eligible workers in eligible businesses will receive a flat $1,500 per fortnight wage subsidy for up to six months, irrespective of the worker’s previous wage.

The most striking insight from those figures is the number of workers that are expected to receive the payment – more than 6.6 million, six out of every ten private sector workers.

It doesn’t quite jell with another number – the number of workers treasury expects JobKeeper to keep in work.

We can get an idea of this from Treasurer Frydenberg’s statement on April 14 that “treasury estimates the unemployment rate would be 5 percentage points higher without JobKeeper.”

The labour force is 13.7 million. Allowing for the fact that some of the workers who lose jobs will withdraw from the labour market and not be counted as unemployed, the implication is that JobKeeper will save, at most, one million jobs.

Payments to 6.6 million, to save 1 million

Put crudely, JobKeeper will go to 6.6 million Australians in order to save the jobs of around one million

Of course, it is also designed to benefit workers who lose hours but are still employed. Taking this into account explains only some of the difference.

Reserve Bank Governor Philip Lowe expects total hours worked to fall by around 20% over the first half of the year, 2.6 million full time jobs’ worth. That is a long way short of 6.6 million.

Read more: JobKeeper is quick, dirty and effective: there was no time to make it perfect

If JobKeeper does end up being paid in the name of 6.6 million Australians rather than the one million or so that would need it to stay in work, it will be a substantial subsidy to business. Many businesses will have received $1500 per fortnight for workers they would have kept on anyway.

This can be justified as a means of putting those businesses on a stronger footing to stay afloat during the shutdown and expand when it is over, maintaining high employment into the future. But such support comes with an obligation. Businesses that receive this sort of wage subsidy are implicitly entering into a contract with the community to maintain employment when JobSeeker ends. This commitment should be made explicit.

The incredibly rapid onset of COVID-19 means the eligibility criteria for JobKeeper are based on changes in monthly revenue. Any other approach would have delayed payments. But using revenue as a trigger provides an incentive for businesses to manipulate month-to-month revenue.

That makes it imperative that JobKeeper scheme is accompanied by substantial monitoring. One way to do it is by cross-referencing claims for JobKeeper with other data on the impact of COVID-19.

Job lost versus inquiries about JobKeeper by industry

The chart is rudimentary.

It shows the accommodation and food services industry lost the most jobs, but nowhere near the most inquires about JobKeeper.

The most were in the professional, scientific and technical services industry, which lost nowhere near as many jobs.

As time goes on, it should be possible to monitor claims in ways that are more sophisticated.

Forecasts – even those based on the most relevant and up-to-date information – can be wrong. This isn’t a criticism. Making forecasts is hard.

But it might be that 6.6 million turns out to be an overestimate. If so, it creates an opportunity.

It would allow JobKeeper to be extended to some of the workers who at present miss out, among them casual employees in their job for less than 12 months and the temporary visa holders who are currently excluded.

Such a change would be consistent with the stated goal of trying to keep workers connected to their workforce. It will be needed when the crisis is over, and it would be the right thing to do for equity, ensuring there is a safety net for all of us.

The treasury secretary is correct. JobKeeper should be anything but set and forget.

– ref. That estimate of 6.6 million Australians on JobKeeper, it tells us how it can be improved – https://theconversation.com/that-estimate-of-6-6-million-australians-on-jobkeeper-it-tells-us-how-it-can-be-improved-137237