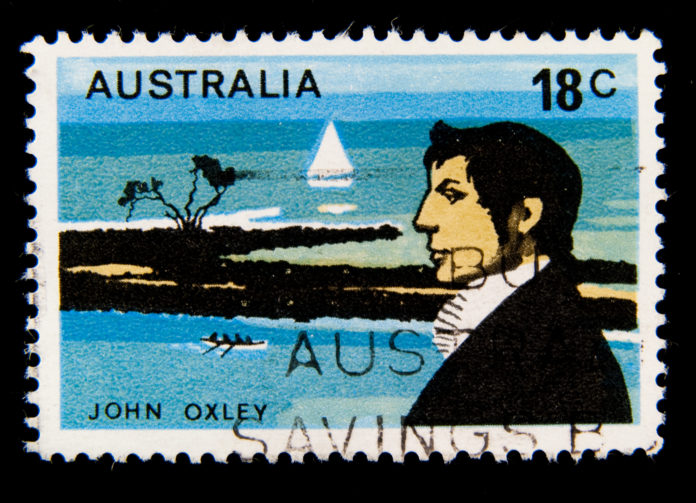 The Australian government has allocated tens of millions of dollars to commemorate the anniversary of Cook’s voyage to the South Pacific and Australia in 1770. Though several events have now been suspended due to the coronavirus pandemic, others will take place online.

This could also be an opportunity for teachers to disrupt the same white-washed versions of colonisation (brave, heroic and necessary) taught in Australian schools for centuries.

Many teachers don’t feel confident or capable to include Indigenous perspectives in their classrooms.

In our recent study in a cluster of primary and secondary schools, teachers were paired with Aboriginal community members to plan and deliver lessons. Initially, teachers reported feeling ill-equipped to genuinely include an Aboriginal perspective.

I’ve always felt that I wasn’t very good at embedding Aboriginal perspectives in my lessons. It was always, for me, seen as a tick-box, and I spoke about Dreamtime, I ticked a box, and that’s it[…] you didn’t want to step on any toes, and you didn’t want to offend anyone, so you just touched – you just skimmed the surface.

Teachers involved in the project had the best of intentions and a fierce willingness to learn. Some had been teaching for more than 20 years and openly admitted their ignorance towards Indigenous dispossession and the way schooling was used as a vehicle of colonisation.

Another teacher expressed the problem of not having adequate skills to teach Indigenous perspectives:

I’m blatantly aware how Anglo the room looks. But I guess I don’t want to do something that is tokenistic […] I don’t agree with tokenistic things. I think you’ve got to do it and do it well and I think to just have an Aboriginal flag in the corner, oh and now we’re going to do dot painting and, oh, right, now we’re going to do – you know? It’s kind of a bit insulting, really.

Without Indigenous perspectives in the classroom, or with only tokenistic inclusion, students’ views on Aboriginal peoples, colonialism and “Australian history” are more susceptible to negative media and social attitudes.

This leaves many non-Indigenous students ill-equipped to think critically about the world they live in.

As one teacher said:

If at school we teach it as tokenistic and then the media teaches it as, you know, stereotypical, then how are we going to produce the next generation of people that will work towards reconciliation and recognise the things of the past but move forward without these stereotypes, you know?

Some teachers feel protective of the formal curriculum. In this instance, Indigenous perspectives become a tick-the-box policy, something to add into the lesson, but not so much that it interferes with the “real” learning outcomes.

But what are these “real outcomes”?

In the NSW curriculum, the stage two (years three and four) unit “First Contacts”, provides the earliest comprehensive glimpse of world exploration and the colonisation of Australia. The key questions for inquiry include:

Note the use of presumptive (“great”) and passive (“settle”, “explorers”) language in these questions. The last dot point also raises concerns about how teachers will challenge entrenched whitewashed versions of history.

As one student said:

You always have to learn from a white perspective, especially in history. Why don’t they learn from us for once?

Another student described the tension in the classroom as their teacher downloaded information from the internet:

Usually half of the class would get into a very heated racial discussion, which we had to sit through. Because the teacher had no idea what he was going on about. Some of the stuff he had on the board, because he just copies it from the Internet, so some of the stuff he has got on the board is racist, and he is teaching us. So it’s like very […] uncomfortable.

What will it take?

Teachers must critically reflect on their own identity and how it potentially influences their personal bias and worldview. They must also be willing to confront the ongoing effects of colonialism in and outside the classroom and listen to Indigenous people.

Read more: ‘They are all dead’: for Indigenous people, Cook’s voyage of ‘discovery’ was a ghostly visitation

Teachers must aspire to adequately and systemically overturn the harm schooling continues to inflict on many Indigenous people. A critical dialogue of Cook’s arrival that familiarises students with topics like racial hierarchies and white supremacy is long overdue.

– ref. ‘I spoke about Dreamtime, I ticked a box’: teachers say they lack confidence to teach Indigenous perspectives – https://theconversation.com/i-spoke-about-dreamtime-i-ticked-a-box-teachers-say-they-lack-confidence-to-teach-indigenous-perspectives-129064

By declaring a climate emergency Jacinda Ardern needs to inspire hope, not fear

Born to be wild — revelling in the design and desire...

Scientists should welcome charges against agency over Whakaari/White Island — if...

What’s the difference between viral shedding and reinfection with COVID-19?