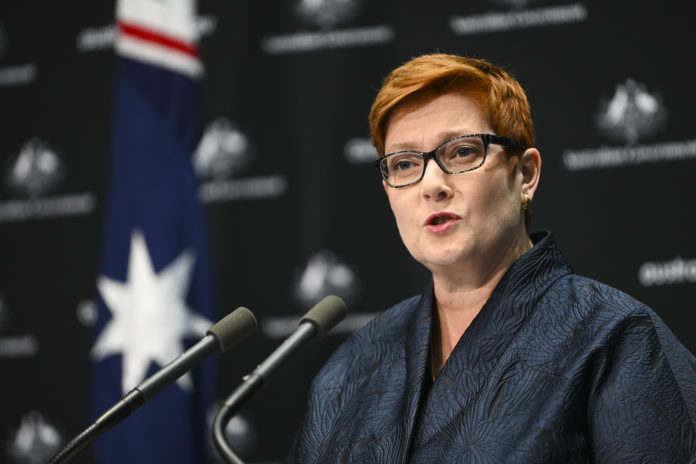 Australia’s relationship with China is fractured. Arguably, this is the worst moment in Sino-Australian relations since Gough Whitlam normalised ties on his election in December 1972.

The Chinese saying “kill the chicken to frighten the monkey” would seem applicable in Beijing’s reaction to Australia’s push for an investigation into the operations of the World Health Organisation (WHO) – and, by implication, China’s responsibility for the coronavirus pandemic outbreak.

Other countries have made similar calls without drawing Beijing’s ire to the same extent.

In an interview with The Australian Financial Review, China’s ambassador, Cheng Jingye, lambasted Australian political leaders and warned of economic reprisals. This marks a new and jagged low in relations between the two countries.

By any standards, this was an extraordinary step by a Chinese official. Cheng would not have taken it without Beijing’s go-ahead.

He accused Australia of “teaming up” with anti-Chinese elements in Washington to “launch a kind of political campaign against China”.

In China’s criticism, Australia is the “chicken” and the US the “monkey” as a recipient of Chinese displeasure.

China’s singling out of Australia for harsh criticism and threats of economic reprisals is designed to convey a message to a potentially vulnerable US ally that costs will accrue to countries that, in Beijing’s view, disrespect Chinese sovereignty.

Prime Minister Scott Morrison’s lobbying for an inquiry into the WHO in phone calls with foreign leaders, including US President Donald Trump, will have struck the Chinese as more forward-leaning for the leader of a middle power than is necessary.

Read more: Coronavirus shines a light on fractured global politics at a time when cohesion and leadership are vital

A less costly move, diplomatically, may have been for Morrison simply to have joined France’s Emmanuel Macron and Germany’s Angela Merkel in entirely legitimate calls for an inquiry.

The WHO is far from blameless. Its initial responses were clumsy. But little purpose would be served by diminishing the credibility of the organisation in the middle of a pandemic.

Once the global health emergency is brought under control – whenever that might be – stakeholders will have ample time to review their investments in the WHO.

In his attempts to shift blame for America’s disastrous initial responses to the pandemic, Trump has sought refuge in criticisms of China and the WHO. Washington’s decision to suspend payments to the organisation is both short-sighted and antagonistic towards global attempts to contain a pandemic whose ravages have far from run their course.

This is another example, if example was required, of America failing to exercise global leadership in a time of crisis.

In the nearly half century since the Whitlam government ended the diplomatic fudge that the Nationalists on Taiwan represented the whole of China, relations between Canberra and Beijing have proceeded relatively smoothly.

On occasions there have been bumps, such as when then Prime Minister Bob Hawke denounced Beijing’s 1989 massacre of student protesters in Tiananmen Square.

Or when, in 1996, then Foreign Minister Alexander Downer gave Australia’s support to the deployment of two aircraft carriers adjacent to Taiwan after China fired missiles in its direction.

Beijing asserted America’s actions represented a containment threat. However, pushback then against Australia’s support for the US was relatively mild.

In 1996, it would’ve been unthinkable for the Chinese ambassador in Canberra to summon a journalist to receive the sort of pointed criticism – and threats – that have arisen over the WHO issue and China’s culpability for the pandemic.

Underlying China’s unhappiness with Australia and completely separate from the coronavirus argument is the Huawei issue.

Australia’s clumsy lobbying effort to persuade other members of the so-called “Five Eyes” security and intelligence collective to exclude the Chinese telecommunications giant from a build-out of their 5G networks remains a running sore.

The other “Five Eyes” members are Canada, the UK, US and New Zealand.

It is hard to exaggerate Beijing’s displeasure over an Australian anti-Huawei lobbying campaign. Indeed, the Huawei issue underlies much of China’s angst against Australia in this latest period.

Incidentally, no Australian prime minister has visited Beijing in an official capacity since Malcolm Turnbull’s visit in September 2016.

Morrison’s conspicuous bid to hold China to account over its role in the coronavirus outbreak will be viewed in Beijing as of a piece with the Huawei issue.

None of this is to suggest other than that China’s behaviour was unconscionable, first in concealing the coronavirus outbreak from the world and then persecuting those among its citizens who sought to publicise its deadliness.

Read more: Lack of confidence in US leadership adds to coronavirus panic

Beijing’s early mismanagement of the coronavirus will not be forgotten, nor should it.

However, the question for a middle power like Australia – located in an Indo-Pacific in which China will become more dominant – is how best to manage the dragon in the room.

China’s bullying behaviour, its threatened resort to a form of economic blackmail and its attempts to drive a wedge between Canberra and Washington mark a vexed new frontier for Australian diplomacy.

Morrison and his advisers might reflect on how the world might look, as the prime minister puts, “on the other side” of the pandemic. We don’t know, but what we do know is that things will not be the same.

Whether China continues its rise, or slips, is an open question. However, whatever calculations might be made about the future, it has proved a mistake to bet against the Chinese since their opening to the outside world in 1978 following Mao’s death.

Morrison’s marketing of his phone call with Trump in which he, or his spokespeople, sought to portray a prime minister answering a call to arms against China was a mistake insofar as it enabled Beijing to pounce.

China needs little encouragement to drive a wedge between Canberra and Washington. These are opportunities a more sophisticated – and less eager – approach in Canberra would forestall. It is hard to escape the conclusion that Australia’s China policy is in the hands of amateurs, or ideologues, or both.

This brings us to the vulnerability issue alluded to crudely by Ambassador Cheng in his AFR interview. Chinese, he warned, might have second thoughts about consuming Australian products like wine and beef, or sending their kids to Australian universities, if relations remain strained. He said:

The Chinese public is frustrated, dismayed and disappointed with what Australia is doing now.

He did not provide evidence to support such a proposition.

But it is the case that Australia’s economic dependence on China is such that it affords the Chinese what Australian policymakers should recognise as an unacceptable level of leverage, even a stranglehold, in times of stress.

No other comparable country is as dependent on China. In 2019, China accounted for more than one-third of Australian merchandise exports and one-fifth of services trade.

Returning to the chicken and monkey metaphor, it would be wise for future Australian governments to work hard on giving the chicken a few more options – including steering clear of the Washington coop – to avoid ending up on a Chinese chopping block.

Parliamentary inquiry to put behaviour of ‘big tech’ under scrutiny