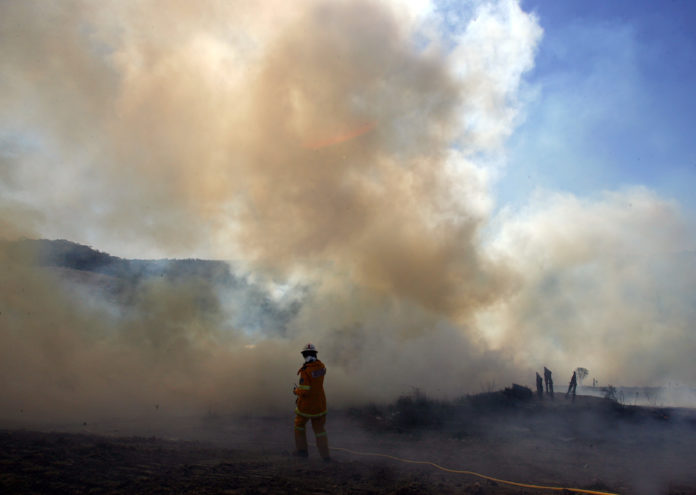 I am a child of the Anthropocene, born in 1953. I have lived in a period of history also known as the “Great Acceleration” as huge negative change unfolded.

While contemplating these changes, I have sensed, within humanity, a profound sense of emotional isolation. To help overcome the solitude, I have created the idea of sumbiotude, thinking and working in companionship with others, to reconnect to life.

Being alive in this particular era, I have had the privilege of living through the rapid transition from a focus on that which is “obvious to the senses” to our new ways of rendering the invisible, visible.

Read more: From the bushfires to coronavirus, our old ‘normal’ is gone forever. So what’s next?

I also accept that reality is complex and independent of us and that new insights into nature can come via acts of scientific and conceptual discovery. However, I am always aware that I am walking in the footsteps of the late Big Bill Neidjie of Arnhem Land when in Gagudju Man he suggests:

We walk on earth,

At a time of massive biophysical change (heatwaves, wildfire, floods, pandemics), we need to expand our language to understand these changes and to be able to share the emotional upheavals they engender.

I’ve created a “sumbiography” (from the Greek, sumbios, which means living together) to investigate the union of elements in nature and culture that have symbiotically cohered into a view about life – a philosophy of my own.

For others, undertaking a sumbiography has the potential to help them find their own particular view of their emotional connection – or the lack of it – to the Earth.

A sumbiography can reveal just what kind of emotional compass we have with respect to our personal relationship to this living planet.

As a philosopher, my response to the encounter with the open cut coal mines of the desolated Upper Hunter region of NSW was to rethink the emotions of attachment to and abandonment of a place that is loved, and to find the right way to express my feelings.

As there was nothing in the English language to help me, I decided to create my own concept – a neologism – to adequately describe the emotional distress at the loss of one’s endemic sense of place.

It took the combination of a lifetime of teaching, thinking and a creative effort shared with my wife, Jillian, before the concept of “solastalgia” entered the world in 2003.

Read more: The age of solastalgia

That such a concept did not already exist in the English language was, to me, a sign of just how deeply alienated from our home we – as an Earth-destroying, or “terraphthoric”, culture – had become.

My mother played a huge part in my rediscovery and naming of different, more positive, psychoterratic emotions.

In her late seventies, she was struggling: the legacy of tuberculosis had left her breathless and she was having trouble both retaining her independence and continuing as a volunteer guide at Kings Park in Perth. I shopped for her and we ate together most nights.

After a year where I lived close by, she suffered a big, bloody and lonely fall. Following her hospitalisation and recovery, I took her to live with me in the village of Jarrahdale in the Perth Hills.

Our house and block, “Birdland”, had jarrah trees on it and ground orchids; it was visited by kangaroos, possums, quenda (southern brown bandicoot) and many different kinds of birds.

My mother and I thrived there. She reconnected with her own endemic sense of place, and I thinking about the concepts and the associated words needed to account for that sense of reconnection and good Earth emotions.

If the mine-scape of the Upper Hunter and the homogeneity of the city of Perth represented the solastalgic Anthropocene to me, Jarrahdale had offered a lifeline to a different lifestyle and worldview – one where co-existence with non-human life went beyond companion and domesticated animals and a limited number of edible plants.

In loving each other as kin, my mother and I also shared a love of the endemic (endemophilia). This was made manifest in the moments when spider, donkey, enamel or bee orchids were found with almost the same excitement as very first encounters.

These five years with my mother added richness to my sumbiography.

As an adult, I could reunite with my past and feel, beyond solastalgia, positive emotional states residing in me that were also without the corresponding concepts, words and ideas in my language.

While based at Murdoch University, I began a systematic quest to negate solastalgia and all the other negative Earth emotions to add something new, something “terranascient” or Earth-creating that could join the dialectic of the psychoterratic.

In 2011, I created the meme of the Symbiocene, which I defined as the next era in human and Earth history where reintegration of the Anthropos (humans) with the Sumbios (symbiotic life) was completed.

In 2013, aged 84, my mother died. Half her ashes were scattered carefully into the Kings Park bush around a huge old gnarly log from a long-dead jarrah tree.

Ground orchids abounded in this place, so too the red and green kangaroo paws. She deserved a presence in that park, as her spirit had graced it for more than 20 years. I imagine she became a copse of pink enamel orchids, glistening in the Perth spring sun.

If humans are kind to the Earth, some of her will also become a new jarrah tree, auburn hair all fiery in its wood grain.

For the great bulk of human existence, symbiosis was typical of our relationship to the rest of nature, and I wanted to regain the property of what the Greeks called sumbiosis or “companionship”.

If I live to be 100 years of age, it is my hope that my life will come to exemplify a neologism that is sumbiotude, or the state of living together.

Sumbiotude is the exact opposite of solitude: instead of contemplating life in isolation, sumbiotude involves contemplation and completion of a lifespan with the loving companionship of humans and non-humans.

I will also be happy if my creative, conceptual work can help Generation Symbiocene – which includes my own children, my step-grandchildren and my five-year-old granddaughter – live in a world where positive Earth emotions prevail.

This is an edited extract republished with permission from GriffithReview68: Getting On (Text), ed Ashley Hay griffithreview.com

– ref. ‘Sumbiotude’: a new word in the tiny (but growing) vocabulary for our emotional connection to the environment – https://theconversation.com/sumbiotude-a-new-word-in-the-tiny-but-growing-vocabulary-for-our-emotional-connection-to-the-environment-136616