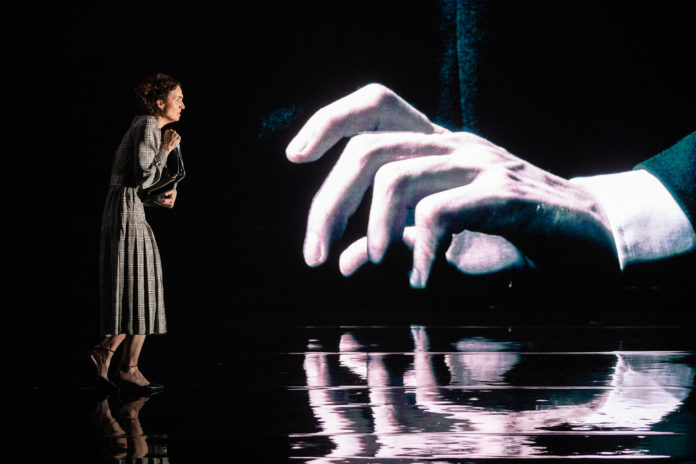 Source: The Conversation (Au and NZ) – By Melanie Walters, PhD candidate in music, University of Adelaide

There are very few silver linings that have developed from the current catastrophic health crisis, but the wider accessibility of world class performances is one positive outcome to have emerged in recent weeks.

Breaking Glass – a quadruple bill of single-act operas composed by four Australian women – is an example of these. Originally programmed for late March at Carriageworks, it instead premiered on Facebook Live on Saturday.

Breaking Glass is a collaboration between Sydney Conservatorium’s Composing Women professional development program and the Sydney Chamber Opera (SCO). While gender inequality is an issue across most art forms, the inequality in operatic programming is especially stark. Projects such as this are essential to bringing new perspectives and diverse artistic voices to audiences within an otherwise conservative art form.

SCO was the ideal partner for Composing Women in this project. Established in 2010 to present operas of the 20th and 21st century, SCO has shown a commitment to works by Australian composers, with previous productions including Mary Finsterer’s Biographica in 2017 and Elliott Gyger’s Oscar and Lucinda in 2019.

While the name suggests a reference to breaking through the glass ceiling in the opera world, the violent imagery of breaking glass is also fitting in the context of the contemporary themes of ecological disaster, inequality, mental illness, and dystopia explored in these four works.

Her Dark Marauder, composed by Georgia Scott with the libretto by Pierce Wilcox, is a reworking of concepts drawn from the works of Sylvia Plath. There was an almost expressionist aesthetic to both the staging and the music.

Opening with the three singers separated on the stage surrounded by haze, Scott’s use of insistent repeated-note instrumental motifs, tremolo strings and flutter tonguing immediately evoked a disturbing, oppressive atmosphere. The vocalists – Jane Sheldon, Simon Lobelson, and Jessica O’Donoghue in this work – showed exceptional range, with virtuosic execution of techniques such as vocal fry, portamenti and fricative sounds along with beautifully phrased melodic material.

In Commute, composer Peggy Polias depicts a woman’s daily commute through the lens of ancient Greek mythology and Homer’s Odyssey, with two “suitors” representing mythical monsters. The staging of this work, which was directed by Clemence Williams, was particularly effective, with O’Donoghue hesitantly walking across stage while in front of menacing, oversized projections of hands, and later a single eye representing the cyclops.

This short 20-minute work has a satisfying five-part structure full of contrasting musical textures. From the pulsating white noise and fragmented plosive vocalisations from the two suitors (played by Lobelson and Mitchell Riley) in the opening Amen I through to the entreating modal melody from O’Donoghue in Episode II: The Eye, Polias employed a vast range of compositional techniques to great effect. Commute ended on a note of refreshing optimism, with the final Dawn section featuring interwoven pentatonic melodic lines against the visual effects of a sunrise.

Josephine Macken’s The Tent diverged the most from typical operatic conventions. The title refers to a short story of the same name by Margaret Atwood, which is used as a conceptual framework rather than narrative structure. This abstract, almost wordless work explores the idea of researchers feeding knowledge into an intelligent machine in the wake of an ecological disaster. Macken has created a desolate soundscape using howling winds, drones, microtonality, with the vocal text mostly comprising disjointed phonemes, sustained vowel sounds and fricatives.

Bree van Reyk’s The Invisible Bird draws a connection between invisible and forgotten women in history and extinct or endangered birds. Its minimalist libretto consists of names of vulnerable, endangered and extinct bird species. Despite the seriousness of its subject manner, there was humour and absurdity in the staging. With three performers dressed in formal wear, it opened with cabaret-like choreography complete with jazz hands accompanying birdcalls from both singers and instrumentalists.

The music was palindromic in structure, starting and ending with energetic polyphony. The middle section was particularly poignant, with Sheldon portraying a night parrot shedding its feathers while mournfully singing the names of extinct species.

Despite the difficult circumstances, all aspects of this production were outstanding.

The singers showed impressive virtuosity throughout, as did the instrumentalists in the small ensemble, which included some of Australia’s most experienced and committed new music practitioners.

Breaking Glass is a testament to the importance of professional development programs like Composing Women. It is vital new, ambitious artistic work has the opportunity to be presented. In this case, the result was spectacular. While the four operas were very different from each other, they were equally engaging, relevant and thought-provoking.

Getting this production ready to premiere in a different format in such a short time shows adaptability and hard work from all involved. Hopefully this is a sign that large scale, innovative art forms will be able to weather the current crisis, despite unprecedented challenges to the sector.

Breaking Glass can be viewed online. In lieu of ticket purchases, tax deductible donations can be made to SCO.