Saturday 6th of June 2020 09:37:22 AM
Home Academic Analysis Good news on elective surgery, but dire warning on the economy 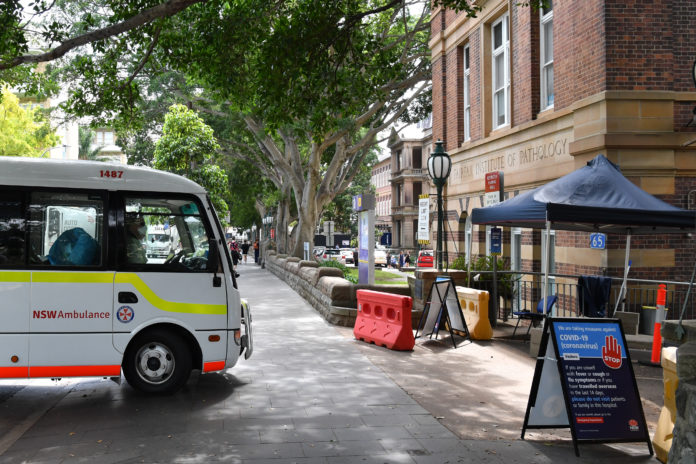 Restrictions are to be eased on elective surgery, enabling a “gradual restart” to procedures next week.

But as national cabinet took early baby steps towards restoring normality, Reserve Bank Governor Phil Lowe warned the first half of this year would likely see the biggest contraction in Australia’s national output and income since the 1930s depression.

After Tuesday’s national cabinet meeting, Scott Morrison announced that from Monday, category 2 and some important category 3 procedures can restart in public and private hospitals. These were earlier suspended amid uncertainty about how hard COVID-19 would hit the hospital system.

Category 2 covers cases needing treatment within 90 days; category 3 are ones that require treatment in the next year.

The easing will cover:

The elective surgery easing has been facilitated by the extra availability of protective equipment; also, the low numbers of COVID-19 cases has meant the pandemic has not placed as much demand on beds as had been feared.

It is estimated the announced easing will lead to reopening about 25% of elective surgery activity in private and public hospitals.

Morrison said the situation would be reviewed on May 11 to decide whether all surgeries and procedures could recommence and numbers increase.

Clinical decisions will determine the priority given to cases.

The Prime Minister said the easing “is an important decision because it marks another step on the way back. There is a road back”.

On aged care, national cabinet was concerned some nursing homes are being too extreme, with full lockdowns that do not allow residents to have any visitors.

People in nursing homes are particularly vulnerable to the coronavirus and there have been outbreaks and deaths in the sector.

The national cabinet gave a “strong reminder” that its earlier decision was “not to shut people off or to lock them away in their rooms.”

This decision was to allow a maximum of two visitors at one time a day, with the visit taking place in the resident’s room. Apart from that, residents should be able to move around the facility.

Read more: Hospitals have stopped unnecessary elective surgeries – and shouldn’t restart them after the pandemic

Further restrictions would apply where there was an outbreak in a facility, or in the area.

On the economic front, in an indication of the devastating job losses that have already occurred, Morrison said since March 16, 517,000 JobSeeker claims had been processed. JobSeeker used to knwon as Newstart.

“By the end of this week we will have processed as many JobSeeker claims in six weeks than we would normally do in the entirety of the year,” he said.

In a speech at the Reserve Bank Lowe said it was difficult to be precise about the size of the contraction underway.

But on the bank’s current thinking:

Lowe said inflation would turn negative in the June quarter, and was likely prices would turn out to have fallen over the entirity of this financial year, the first time that had happened in 60 years

Lowe expressed confidence the economy would “bounce back”, but stressed the recovery’s timing and pace would depend on “how long we need to restrict our economic activities, which in turn depends on how effectively we contain the virus”.

“One plausible scenario is that the various restrictions begin to be progressively lessened as we get closer to the middle of the year, and are mostly removed by late in the year, except perhaps the restrictions on international travel.

“Under this scenario we could expect the economy to begin its bounce-back in the September quarter and for that bounce-back to strengthen from there.

“If this is how things play out, the economy could be expected to grow very strongly next year, with GDP growth of perhaps 6–7%, after a fall of around 6% this year,” Lowe said.

He said unemployment was likely to remain above 6% over the next couple of years.

“Whatever the timing of the recovery, when it does come, we should not be expecting that we will return quickly to business as usual.”

“It is highly probable that the severe shocks we are now experiencing will change the mindsets of some people and businesses. Even after the restrictions are lifted, it is likely that some of the precautionary behaviour will persist.

“And in the months ahead, we are likely to lose some businesses, despite best efforts, and some of these businesses will not reopen. There will also be a higher level of debt and some households might revaluate the risks of having highly leveraged balance sheets.

“It is also probable that there will be structural changes in the economy. We are all learning to work, shop and travel differently. Some of these changes will probably stay with us, requiring a rethinking of business models. So the crisis will have reverberations through our economy for some time to come.”

– ref. Good news on elective surgery, but dire warning on the economy – https://theconversation.com/good-news-on-elective-surgery-but-dire-warning-on-the-economy-136745

We’ve discovered how these deadly bacteria use a common sugar to spread through the body. It could help us stop them

Toxic US politics, a brutal killing and the messengers become the target

From robodebt to racism: what can go wrong when governments let algorithms make the decisions

We’ve discovered how these deadly bacteria use a common sugar to...

Toxic US politics, a brutal killing and the messengers become the...

From robodebt to racism: what can go wrong when governments let...

Why do protests turn violent? It’s not just because people are...

Let’s fix Australia’s environment with any pandemic recovery aid – the...

Toxic US politics, a brutal killing and the messengers become the...