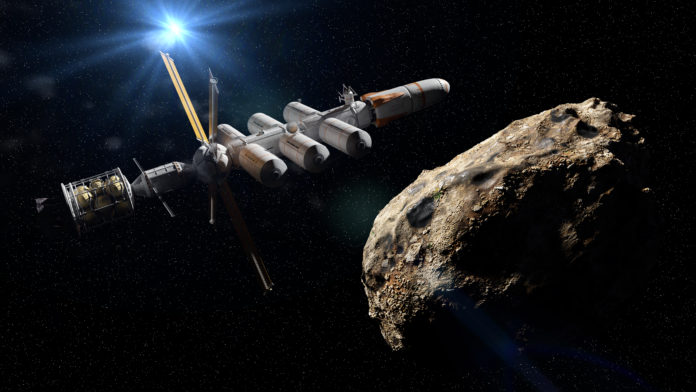 As the world tries to cope with the challenges of 2020, discussions around the use of mined resources from outer space continue to ratchet up.

On April 6, the US White House released an executive order that Americans

should have the right to engage in commercial exploration, recovery, and use of resources in outer space, consistent with applicable law.

It also requires the US secretary of state to negotiate bilateral and multilateral arrangements with foreign states regarding future “public and private recovery and use of space resources”.

This edict prompts a fundamental legal and policy question: if the mining and use of space resources by governments and enterprises will ultimately take place, how will this be governed?

Broad international discussions on this topic among the now 95 member states (including Australia) of the United Nations Committee on the Peaceful Uses of Outer Space began in earnest in 2016. These were due to continue last month but were postponed because of the COVID-19 pandemic.

To understand the impact of the US push for space mining, we need to consider the technological, commercial, legal, and historical contexts underpinning it.

Fly me to the Moon

Space is undeniably a challenging place for commercial activity. We have an understanding of the vast deposits of rare and valuable minerals such as gold, silver and platinum, and water sources that might be found on celestial bodies (including the moon and asteroids). That said, it would be technologically complex to fulfil any dreams of an off-Earth resources economy.

Read more: Mining asteroids could unlock untold wealth – here’s how to get started

In 2019 the Japanese spacecraft Hayabusa-2 successfully collected rock samples from the asteroid Ryugu, roughly 300 million km from Earth. They are expected to arrive on Earth (landing at Woomera in Australia) in December.

Notwithstanding this achievement, extracting resources in sufficient quantities to support a moon base, for example, is a long way off, and processing such resources into useful substances such as fuel is further still.

But technological challenges haven’t stopped small start-ups and companies like Blue Origin from pitching everything from asteroid mining to lunar fuel processing plants.

Given the scale of the required investment, these companies need legal assurances. In 2015, the US Commercial Space Launch Competitiveness Act asserted the right of US companies to own and sell resources mined in space “obtained in accordance with applicable law, including the international obligations of the United States”.

The act prompted wide discussion on the scope of the relevant international law at the time, particularly as reflected in the Outer Space Treaty.

Read more: We should work together in the race to mine the solar system

To whom do (which) rules apply?

The Outer Space Treaty of 1967 – to which 109 countries including Australia are states parties – sets out the fundamental principles that govern all space activities.

In addition to restricting the placement of nuclear weapons in Earth orbit and on celestial bodies (a momentous achievement in its own right), the treaty also expressly bans claims of sovereignty in outer space, including the moon, planets and asteroids. Instead, it declares space is free for exploration and use. This includes the exploitation of space natural resources within the terms of the principles by all nations.

Australia is also a party to the 1979 Moon Agreement, which allows mineral and other space resources to be used for scientific purposes and to support scientific missions.

It states when natural resources exploitation is “about to become feasible”, the state parties to that treaty will agree on an appropriate international regime. But the Moon Agreement has only 18 state parties, and was never agreed to by any major space power such as Russia, China or the US.

The US executive order acknowledges space resource mining activities are subject to international law. But from the US perspective, the relevant law is centred around the Outer Space Treaty, with the Moon Agreement playing no part.

There’s little doubt there will be geopolitical pushback from other countries to the blunt language of the US Order. Russia has already likened America’s approach to colonialism.

But beyond the rhetoric, the White House order merely confirms what we already knew: the US wants its companies to be able to use space resources.

If space mining technologies are to be developed, and national governments aren’t in a position to fund such research, the private sector (with the necessary legal confidence) will have to put its own money on the table.

The executive order also confirms the US is committed to the Outer Space Treaty, which remains as important now as it was 1967, if not more so. Thankfully, this dispels worrying suggestions the US might consider withdrawing from this most fundamental of space law instruments.

Beyond agreeing a legal framework

The Outer Space Treaty requires space activities be “carried out for the benefit and in the interests of all countries”.

Within legal discussions about the extraction and use of space resources, there are important questions regarding international wealth inequality, power structures, and where the roles and rights of private corporations intersect with international regulation. There are also debates to be had on the ethical and societal implications of mining the moon and other celestial bodies.

As we move from the “potential” towards the “reality” of space mining, there will certainly be many more governmental pronouncements from all corners of the earth. In every sense of the phrase, we’ll need to “watch this space”.

– ref. Giant leap for corporations? The Trump administration wants to mine resources in space, but is it legal? – https://theconversation.com/giant-leap-for-corporations-the-trump-administration-wants-to-mine-resources-in-space-but-is-it-legal-136395