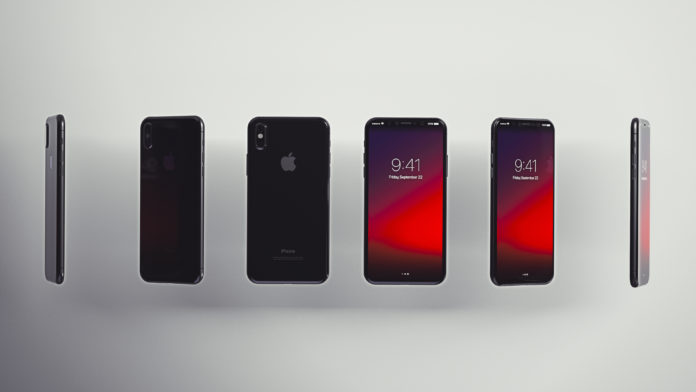 At face value, Apple’s decision to launch the second-generation iPhone SE with a recession looming may not make sense. But there’s likely more to this move than meets the eye.

Targeted at price-conscious customers amid the COVID-19 pandemic, the release of the conspicuously lower-priced iPhone SE has raised eyebrows among fans and critics alike.

It’s not common for the company to go against its traditional upmarket brand image. Is this a desperate attempt to cope during crisis, or perhaps a strategy that’s been in the works longer than we realised?

The cheapest iPhone yet

Apple’s previously “hidden problems” include increasing competition and a relative decline in smartphone demand since 2018.

In less than a decade smartphones have become very expensive, with incremental product improvements that add little value from one generation to the next. So, when the previous iPhone SE was launched in 2016, its popularity in the mid-range market wasn’t surprising.

Like its predecessor, the new SE is small. It’s identical in design to the iPhone 8. And although it’s the cheapest iPhone to date, it packs a range of advanced features that mirror the iPhone 11, including an A13 bionic chip.

The SE brand has raised curiosity, as the product range signals a deviation from Apple’s traditional high-end branding. The SE has left fans pondering the price tag of more expensive iPhones over a cheaper option with many of the same features.

With already slowing sales and fierce competition, it makes sense for Apple to diversify its product portfolio. Analysis by research advisory firm Gartner showed a global 1.7% decline in smartphone sales in the second quarter of 2019.

Apple and Xiaomi were the only brands to achieve even meagre growth in the fourth quarter of 2019, whereas Huawei, OPPO and others experienced decline. A fierce battle between Samsung and Apple persists, with Samsung holding the most market share at 17.3%.

Such competitive pressures are compounded by the looming global coronavirus economic recession and a weak market outlook. Unemployment projections indicate consumers simply won’t have the disposable income they once did. And those in the market for a new smartphone will be more cautious with their spending.

Read more: How will the coronavirus recession compare with the worst in Australia’s history?

Some argue Apple’s lacklustre iPhone sales performance in a competitive market fulfils the “haunted empire” thesis – popularised by former Wall Street Journal reporter Yukari Iwatani Kane in her book of the same name – which suggests the giant lost its way after Steve Jobs’s death. But we think the answer is simpler.

Apple, once a market leader, is now facing the “innovator’s dilemma” described by the late US academic Clayton Christensen. He explained how market leaders are disrupted by smaller, nimbler companies that start by offering cheaper, lower-quality products to low-end customers. These products serve their purpose and eventually these companies – such as OPPO, Xiaomi, and Huawei – improve their offerings to attract a more affluent market.

Apple probably realises it now needs to adapt its strategy to deal with competitive pressure and changing market conditions. It must diversify its product range to offer more value to consumers across the market spectrum.

The decision to launch the new iPhone SE is a much-needed break from tradition. It leaves customers in a winning position by providing more value at a lower price. This is evident in the removal of features such as Face ID and a large screen. The focus is instead on essential features such as a fast processing chip and high-quality camera.

While it may seem like the tech giant is turning its back on the upmarket brand image it once prided itself on, this shift may be favourable for Apple and help it win fans from a wider range of demographics.

Evolving in a tough market

Smartphone market penetration is already at more than 85% in several countries, and these countries are generally “richer”. This means the space left for smartphone sales is in emerging economies where people are more price-sensitive.

As high-end market demand continues to shrink, Apple’s future will likely be in software and services such as music, games, apps, Apple Pay and subscriptions. However, this market is also crowded. While services and software sometimes have higher profit margins, they won’t provide Apple the level of growth hardware originally did.

Extending, not ending, its brand

The first SE’s release in 2016 marked the beginning of Apple’s diversification from its upmarket smartphone strategy.

That said, the company’s iconic brand maintains a loyal following as it connects with customers emotionally, and provides an unmatched ecosystem of products and services. It continues to explore other market options, such as 5G supported smartphones (but progress with this is halted by the pandemic).

With a reported value of about US$140.5 billion, Apple’s brand is still among the world’s most valuable. And providing a lower-cost alternative to customers during a period of economic stress is likely to strengthen, rather than weaken its brand.

– ref. The new iPhone SE is the cheapest yet: smart move, or a premium tech brand losing its way? – https://theconversation.com/the-new-iphone-se-is-the-cheapest-yet-smart-move-or-a-premium-tech-brand-losing-its-way-136507

A sign of healthy democracy or a ‘rudderless’ nation? How crossing the floor has changed