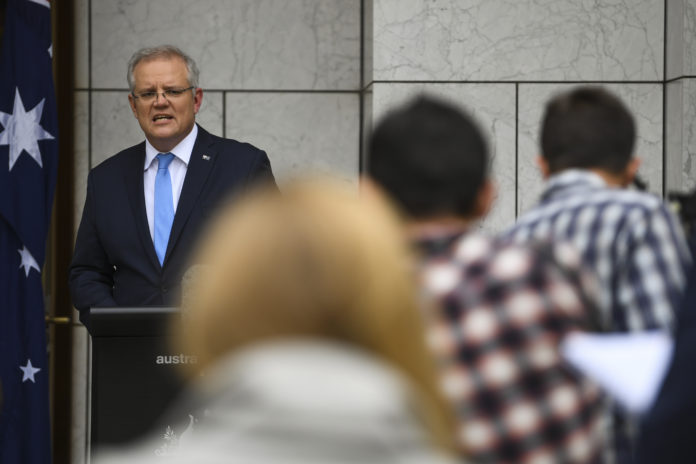 Source: The Conversation (Au and NZ) – By Claire Hooker, Senior Lecturer and Coordinator, Health and Medical Humanities, University of Sydney

Parents have heard confusing messages from federal and state governments around sending children to school. As students in Victoria started term two on Wednesday, the state government told parents to keep children at home if they can.

In some cases there have been reports of children being told they have to study at home even though parents want to send them to school as they find it hard to work otherwise.

But in a Facebook video this week Prime Minister Scott Morrison said the government wanted schools to open up for all students in three to four weeks.

And in a later press conference he maintained expert advice has consistently been that schools are a safe space for children.

[…] teachers are more at risk in the staff room than they are in the classroom when it comes to how the health advice plays out and the impact of this virus on children as opposed to teachers.

That means that we need to have proper arrangements in place for teachers and other staff in schools […] to protect their work environment, but […] that doesn’t lead to the same rules applying for students because they have a different level of risk.

While Morrison may be communicating the correct information, his message keeps being rejected by many Australian parents and teachers. This is because of mishandled communication that conveyed confusing and contradictory information, leaving teachers feeling unconsulted, scared and outraged.

Schools are safe, or are they?

There is good evidence for keeping schools open, including a recent rapid review of several studies on the topic, that indicated closing schools contributes very little to reducing the spread of the disease.

Read more: Other countries are shutting schools – why does the Australian government say it’s safe to keep them open?

And yet school closures have been among the most contentious and emotive issues in Australia’s COVID-19 strategies. This has resulted from significant failures in risk communication from the government, including many inconsistencies in messages about transmission risks.

For example, when the Prime Minister made a statement banning indoor gatherings greater than 100 people (including staff), he did not even mention schools except to say later that they would remain open.

This is despite the fact schools involve gatherings of greater than 100 people. And the design of many make implementing recommended social distancing measures impossible.

Read more: No, Australia is not putting teachers in the coronavirus firing line. Their risk is very low

President of the NSW Teacher’s Federation Angelo Gavrielatos who reportedly sought a response to such contradictions tweeted:

The response from the Commonwealth Deputy Chief Medical Officer was “Sorry. I can’t reconcile the contradictions”.

These inconsistencies left parents and teachers – especially those who face significant health issues themselves or in their immediate family – feeling both terrified and unvalued. Twitter account Stories From Teachers, contain heartfelt expressions of teachers’ fear. One said

I have never felt so frightened, disregarded and psychologically mangled in my whole entire life.

Any government plans to return students to school will require careful communication to be acceptable to many teachers and parents.

How governments should respond

People show decreased cognitive processing in high concern situations. This means we should expect many teachers will experience heightened perceptions of risk in their workplace. The best response is to tolerate any early over-reactions.

Handbooks on risk communication, such as the WHO Guideline, emphasise communication is a two-way street. This means government and school leaders need to focus as much on what teachers and parents can or need to hear, as on what information they want to convey.

The basis for effective pandemic communication is trust. Trust is fundamental to achieving a coherent public response in an uncertain and unfolding situation. Without it, messages may be ignored or outright rejected.

To rebuild trust, communication will need to begin with listening to the concerns of parents and teachers. All discussions about schools, such as the release of any new modelling, need to explicitly acknowledge the implications for these groups.

Showing respect for teachers and parents requires authorities to trust them by sharing information early, and being transparent and open about deliberation and decision making. Being explicit and honest about uncertainty is particularly important.

If the government doesn’t know the answer to questions such as “how many school-based transmissions have occurred in other countries?”, that needs to be stated clearly.

It’s getting better but we need action

In the prime minister’s video message, he thanked teachers, saying what they do each day “matters amazingly”. Showing value for teachers was a good start.

But his words will prove insincere if teachers don’t see them backed up with actions in the actual environments where they work.

Actions can communicate more strongly than words. Teachers will only feel their concerns have been heard if they see actions that mitigate and monitor risk.

Actions that can be considered include:

Perceptions of risk decrease as people gain an increased sense of control. So school leadership can support staff to take actions that give them a greater sense of safety. These include staggering bell times or spending five minutes of lesson time with students cleaning desks and chairs.

Actions that show value for staff might include additional professional development days where teachers decide on their individual best use of the time.

Communicating value for teachers will be the key to successful communication around schools in the weeks to come.