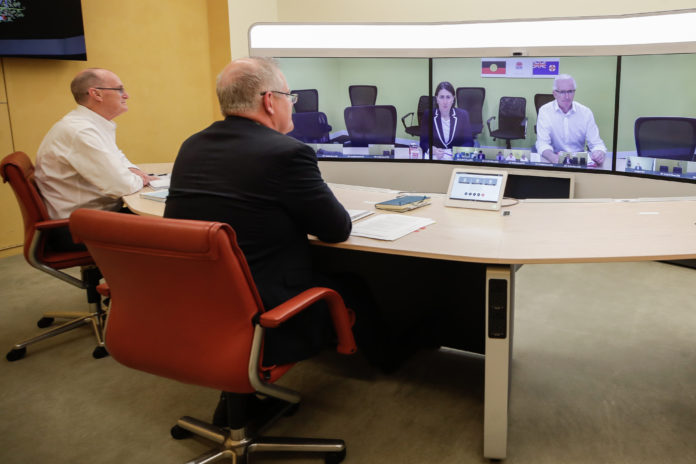 It is understandable why the different measures introduced across Australia to contain COVID-19 have caused confusion. It does seem inexplicable that the rules – and penalties for breaching them – are different depending on where one lives.

It is also understandable that the finger-pointing between the Australian Border Force and the NSW government over the Ruby Princess debacle is regarded as a sign of weak governance arrangements caused by overlapping state and federal responsibilities for the nation’s borders.

But as understandable as these reactions might be, Australia’s response to COVID-19 is a testament to the benefits of federation, with its multiple tiers of government.

A useful division of governmental labour

The two levels of government have responded to this crisis in slightly different ways, especially initially.

It was the premiers and chief ministers who acted decisively to manage the spread of the pandemic when it first emerged. Their primary concern was to minimise further transmission of the virus, and to prevent the health system from becoming overwhelmed by the influx of infected patients.

While some of the premiers were warning that extreme measures would have to be instituted, Prime Minister Scott Morrison was still suggesting it was acceptable for people to attend sporting events ahead of a ban on mass gatherings.

For Morrison, the (very) reasonable concern has been on reducing the human costs of the virus for the economy. This has rendered the prime minister slightly less disposed to push for stringent measures that might cause further economic ruin.

Read more: Vital Signs: Scott Morrison is steering in the right direction, but we’re going to need a bigger boat

The different focuses of the two levels of government is in constant tension, but this provides a check on each other in managing their particular core (constitutional) responsibilities during the pandemic.

Moreover, it has permitted a useful division of governmental labour during this crisis. The federal government is able to concentrate on managing the economy, while the states and territories are able to prioritise managing the health of their populations and hospital systems.

And through the National Cabinet, the consultative body consisting of the prime minister, premiers and chief ministers, the country’s leaders have been able to coordinate their activities and share vital information.

Read more: Explainer: what is the national cabinet and is it democratic?

States and territories need to adapt policies for their residents

Although the social distancing measures imposed by the states and territories are different, they stem from guidelines agreed to by the National Cabinet.

Differences in their application by the state and territories can be partly explained by differences in size and demographics.

Some states are more densely populated than others, which places their residents at greater risk of community transmission. Some also have a higher proportion of older Australians and remote Indigenous populations – two communities that are particularly vulnerable to COVID-19.

These differences are on top of the fact some states and territories have natural geographical features that enable them to more easily control who enters the state, for example, Tasmania and Western Australia. This enables these leaders to consider less stringent social distancing and other measures than their counterparts.

It makes good sense, therefore, that national guidelines should be adapted to meet the unique challenges of each state or territory.

Why the Ruby Princess is not a failure of federalism

It is undeniable the decision to allow the Ruby Princess passengers to disembark was disastrous, since it has been linked to hundreds of infections and upwards of 15 deaths at last count.

However, it is far from clear the incident could have been avoided if Australia had only one level of government.

The fiasco resulted from a series of poor decisions involving multiple state agencies and one federal agency. It was likely aggravated by the possibly misleading or inaccurate information provided by the cruise ship operator about the health of those on board.

Read more: Coronavirus has seriously tested our border security. Have we learned from our mistakes?

But the decision-making failure(s) that occurred here are not unique to federations. The challenge of adequately vetting information under pressure, and coordinating the overlapping responsibilities of different administrative agencies, occurs within all governments.

If anything, federations have greater capacity to reduce the intensity, frequency and scale of policy failures.

As a model of government, federations do not prevent bad policies from being implemented. Rather, they can minimise the harm caused by bad policies. A policy failure in one state, for instance, will generally only affect that particular state – not the entire country.

Importantly, leaders can learn from the policy errors made by their counterparts.

Federalism as a salve to poor leadership

Those who need further convincing about the benefits of federalism need look to the United States.

The devastation that is unfolding in the US has been amplified by the absence of competent national leadership. The Trump administration vacillates between dismissing the pandemic and arguing the economic costs of shutting down the country are graver than the loss of lives.

But amid the national decision-making vacuum, many state governors have risen to the challenge. Some have even sought alliances with other governors to coordinate regional responses to the crisis.

That federations give rise to multiple governmental leaders might seem inefficient. But this pandemic has revealed that not all leaders rise to the challenge during crises. When this occurs, having other leaders who can step into the breach can prove critical.

– ref. National and state leaders may not always agree, but this hasn’t hindered our coronavirus response – https://theconversation.com/national-and-state-leaders-may-not-always-agree-but-this-hasnt-hindered-our-coronavirus-response-136152