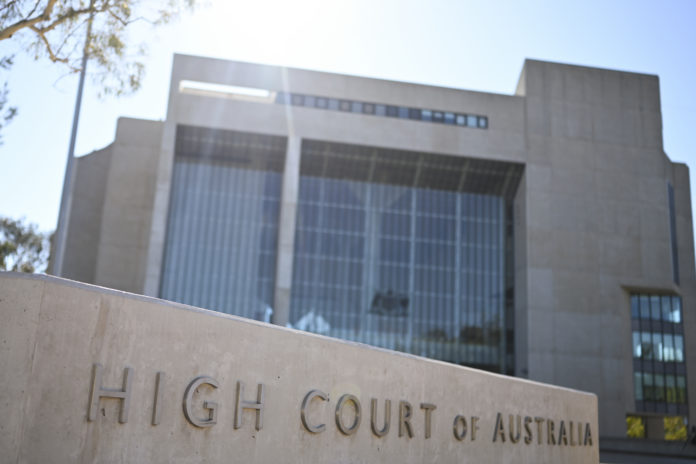 Source: The Conversation (Au and NZ) – By Rebecca Ananian-Welsh, Senior Lecturer, TC Beirne School of Law, The University of Queensland

The Australian Federal Police (AFP) attracted global criticism for executing a raid on the Canberra home of journalist Annika Smethurst on June 4 2019.

The raid was prompted by an April 2018 report on a “top secret” memo leaked from within the Department of Defence. The memo revealed a proposal to grant the Australian Signals Directorate (ASD) unprecedented powers to secretly access Australians’ digital information without a warrant.

Read more: The High Court rules in favour of News Corp, but against press freedom

Now the High Court has ruled the warrant authorising the search of Smethurst’s property failed to meet the most basic legal requirements.

This decision reflects serious weaknesses in how warrants are issued and underscores the need for urgent reform.

The importance of warrants

You don’t need to watch many crime shows to appreciate that warrants are critical to law enforcement. Search and seizure powers are key to collecting the evidence needed to charge and prosecute offenders.

Warrants put limits on the scope of these powers. They require officers to apply to an independent authority for permission to make incursions into civil liberties, privacy and personal space.

Warrant laws aim to ensure these powers are justified and proportionate. They have been designed to strike a balance between law enforcement and liberties – albeit in a way that favours the public interest in the investigation and prosecution of crimes.

With these things in mind, a warrant must meet some basic criteria. It must identify the offence being investigated, the premises or person being searched, and the kinds of evidential material being searched for.

These requirements help ensure the person and the police understand what the investigation is about.

The problem with the Smethurst warrant

In the course of its investigation into the leaked ASD memo, the AFP applied to a magistrate for search and computer access warrants in relation to Smethurst.

Read more: Explainer: what are the media companies’ challenges to the AFP raids about?

The High Court did not resolve the constitutional point. Instead, all seven justices found the warrant was invalid for not meeting the basic requirements for a valid warrant. The court split on whether this finding entitled Smethurst to have the seized information either returned to her or destroyed (a narrow majority of the court held that it did not and simply declared the warrant invalid).

The warrant’s invalidity was based on two findings.

First, the warrant failed to adequately identify the offence being investigated. The description in the warrant was ambiguous, confusing and, as Justice Edelman put it,

lacked the clarity required to fulfil its basic purposes of adequately informing Ms Smethurst why the search was being conducted and providing the executing officer … reasonable guidance to decide which things came within the scope of the warrant.

But ambiguity was “the least of the problems”. The court held the warrant went further by misstating the offence being investigated. For example, the description focused on “the interest of the Commonwealth”, a phrase not used at all in section 79(3) of the constitution.

In short, not only was it was impossible for a member of the public to know from reading the warrant what the investigation was about or what kind of information was being sought, but it misstated and misled the reader about the relevant offence. It was, therefore, invalid.

Mistakes that shouldn’t be made

Any failure by the AFP or a magistrate to meet the basic requirements for a valid warrant is concerning. Providing an incorrect and misleading description of an offence is shocking, especially in the context of a sensitive investigation into government leaks and public-interest journalism.

The circumstances of this warrant were serious. It authorised an invasive search of a journalist’s home – from her mobile phone and computer, to her underwear drawer and cookbooks – furthering an investigation into an alleged breach of national security law.

Raids on journalists are a serious matter, particularly if prompted by investigative reporting that has a clear public interest and, despite the passage of years, no clear threat to national security. The raid on Smethurst, and the subsequent raid on the ABC, not only prompted constitutional challenges, but successive ministerial directions to the AFP. It also prompted two ongoing parliamentary inquiries into the state of press freedom in Australia.

In such a context, it is damning that the authorisation for the warrant was so carelessly drafted as to misstate the offence being investigated.

Read more: Australia needs a Media Freedom Act. Here’s how it could work

Elsewhere, there are processes and protections that guard against this kind of outcome.

Press freedom is enshrined in the US Constitution. A raid on American media would face a constitutional hurdle.

These kinds of protections recognise the importance of press freedom, and the need for journalists and their sources to be protected so important public-interest stories (like the ASD report) can continue to be told.

Since the raids on Smethurst and the ABC, calls have grown for the introduction of contested warrant proceedings before a judge when press freedom is at stake, as in the UK. If that system had existed in June 2019, the problems with Smethurst’s warrant would not have brought about the prolonged and expensive process of High Court litigation. They would have been identified and addressed in the initial application, providing Smethurst with an opportunity to raise any issues, and the AFP with a chance to address these problems at the outset.

Importantly, a suitably experienced judge would have borne the responsibility of weighing the public interests in press freedom and law enforcement to come to a balanced and considered decision.

The parliamentary inquiries into press freedom sparked by the AFP’s raids on Smethurst and the ABC are yet to report. The High Court’s decision reveals the inadequacy of existing warrant procedures and the costly, time-consuming process for both citizens and government involved in addressing these problems. We need not look far to find clear and workable alternatives.

– ref. Explainer: what did the High Court find in the Annika Smethurst v AFP case? – https://theconversation.com/explainer-what-did-the-high-court-find-in-the-annika-smethurst-v-afp-case-136176