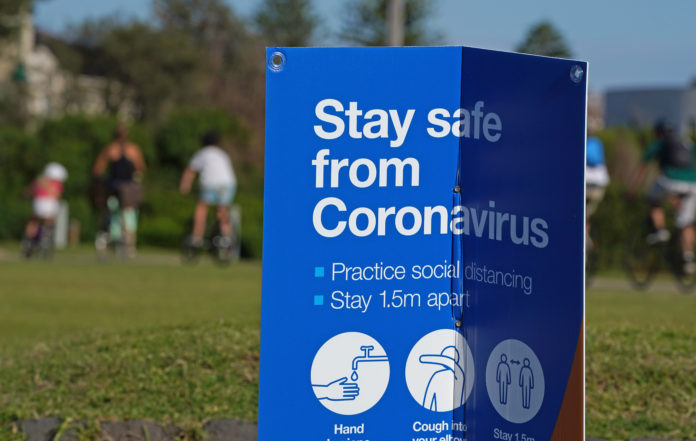 Health Minister Greg Hunt has said the goal of the government’s suppression policy is the “effective eradication” of the coronavirus in Australia – while at the same time casting doubt on the possibility of eliminating it.

Both Hunt and Murphy on Monday warned that while an exit strategy from present tough restrictions was on the minds of decision-makers (and the public), now was not the time to take the foot off the brake.

With the number of new cases low (46 over the previous 24 hours on Monday’s figures), shooting for eliminating the virus in Australia is being advocated by some experts as a realistic option.

The national cabinet’s medical advisers are preparing possible scenarios for the period ahead.

Pursuing elimination is the declared policy in New Zealand.

Writing in the Nine media, the Grattan Institute’s John Daley and Stephen Duckett (a former secretary of the federal health department) strongly argue for an elimination strategy.

“The least-bad endgame is to eliminate the virus from Australia, continue to control our borders until there is a vaccine or a cure, and restore domestic economic and social activity to “normal”, albeit keeping a close watch for new cases,“ they write.

“The leading alternative to an elimination strategy is to hold infection rates at close to one – that is, so each infected person on average infects only one other. It’s the “Goldilocks strategy” – it requires us to calibrate social distancing measures with precision. Too tight, and we inflict extra economic damage for a long time. A little too loose, and infections would again grow exponentially.“

Hunt told a Monday news conference that developing herd immunity – deliberately letting the virus spread through a large part of the community in a controlled way – “is not the government’s strategy and it’s not the medical advice.”

He said if it required 60% of the population to get the virus, that would be 15 million Australians. If the death rate were one percent, it would be “an unthinkable strategy and one we reject”.

What the government was doing, Hunt said, was “containment and suppression” with “this goal of effective eradication, but without ever being able to promise that any country could completely do that”.

The current strategy “means that we are giving ourselves the time to plan the exit”.

Murphy said: “The challenge with elimination is that nobody yet knows whether it’s possible. We don’t know to what extent there is asymptomatic transmission of this virus.

“The challenge … also with an elimination strategy is that you have to keep the most aggressive border measures in place for a very long time – potentially until you’ve got a vaccine.”

Murphy said one reason for New Zealand’s keenness to be very aggressive was its shortage of critical care beds. It had fewer of these beds as a proportion of population than Australia had.

While cautioning in general about early lifting of restrictions, Murphy said one thing the national cabinet was “quite keen to do is to get children back to school,” although he conceded some states were keener than others.

Scott Morrison has been consistently wanting to ensure schools are functioning so parents can work. It was the premiers, led by NSW and Victoria but in other states too, who wanted people to keep children home, which has become the general model, except for parents unable to do so.

Education Minister Dan Tehan last week warned independent schools they face their funding being cut if they don’t stay open for those who need them.

Murphy said: “we are working with some advice for the national cabinet on how schools can be made a safer environment to prevent transmission, if it does occur between children, and to protect teachers. So that’s one very important measure that the national cabinet is keen to get advice on.”