Wednesday 27th of May 2020 07:54:36 AM
Home Academic Analysis Courts are moving to video during coronavirus, but research shows it’s hard... 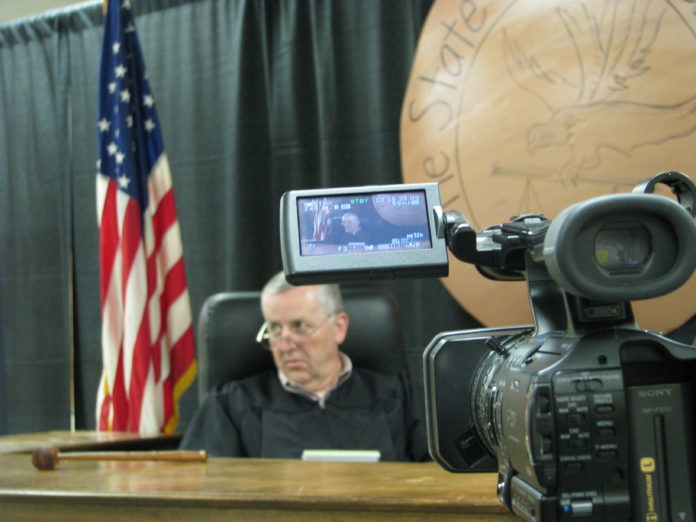 In the past, the courts were ideal breeding grounds for spreading disease. In what became known as the “Black Assize”, a deadly fever that swept through prisons and courts in England in 1586, 11 of 12 jurors in one trial died. So did a number of judges and constables.

In the current coronavirus pandemic, Australian courts are taking no chances, with NSW, Victoria and other states announcing there will be no new jury trials until further notice.

But many courts are rapidly increasing the use of video for other essential hearings. States and territories are also developing new protocols for how to use video in their courtrooms.

Read more: Coronavirus: Will courts continue to operate, preserving the rule of law?

In a sense, the courts have been preparing for an outbreak like this for some time. Witnesses and defendants routinely appear in court via video link, as do judicial officers in Northern Territory and South Australia courts. Tribunals have been using video for even longer.

Our research, however, suggests that attempts to translate courtroom interactions to a video-mediated process do not always work. Introducing monitors into the courtroom requires a reimagining of courtroom spaces, social cues, symbols and performances.

In the case of vulnerable witnesses like sexual assault victims and children, there is little to no evidence that testimony via video (from a special room located in the court building) impacts a jury’s verdict, though users themselves report challenges with such a set-up.

In one of our studies, we simulated a criminal trial in which mock jurors were randomly assigned to different configurations, including:

We found defendants appearing via video were no more likely to be found guilty than if they were sitting beside their lawyers in court.

However, if the defendant was isolated in a dock – the normal situation in most courts – he was significantly more likely to be considered guilty. It seems that isolation in the dock is worse for defendants than isolation on a screen.

Other research, however, points to different issues with video hearings. In criminal matters, defendants who appear remotely from police custody or jail are more likely to have a higher bail set, plead guilty and receive longer sentences than those who appear in person.

Similarly, asylum seekers appearing remotely from detention are less likely to actively participate in their tribunal hearing and more likely to be deported .

Some defendants have reported feeling disorientated, not being able to hear or understand the proceedings and lacking confidence in the fairness of the hearing.

One reason is the design of a remote criminal hearing is inherently imbalanced. The judge, prosecutor and often defence counsel, as well as court staff and members of the public, are all grouped together in the actual courtroom, while the defendant is alone on a screen.

In this lopsided configuration, it may be hard for the defendant to feel as if they are a part of the proceedings or for those in the courtroom to feel the defendant’s presence.

How different designs and protocols can help

In a 2013 study on remote participation in court, we produced a set of guidelines to help address some of the shortcomings of video technology.

These included putting the remote participant in a room with a window or piece of artwork, which helps to reduce their stress levels. Additionally, making introductions at the start of the hearing and ensuring everyone can see and hear can also make people feel more at ease.

Now, with coronavirus making it impossible for physical gatherings of any kind, we need to reimagine courtrooms as a completely virtual space where all parties meet on the same plane.

This has already been piloted in some instances. In 2018, the UK Ministry of Justice trialled the country’s first-ever “video hearings” in the tax tribunal, where appellants and representatives from the tax office attended remotely from their home or office.

As an independent evaluator of this pilot, we found participants were able to access their hearings easily, understood the proceedings and considered the format to be appropriately formal. This was despite the fact they experienced frequent technical disruptions.

Read more: Explainer: how will the emergency release of NSW prisoners due to coronavirus work?

In particular, participants benefited from a “dry run” before the hearing to iron out issues with sound or video, and by the judge making introductions and getting the parties ready at the start.

There were also important design elements that improved the experience for participants, including the introduction of a virtual “waiting room” where they were kept informed about the timing of their case.

In the future, technology will allow us to create an immersive courtroom experience.

Working with a range of justice partners, we developed a proof of concept of such a virtual courtroom at the Queensland Supreme Court in 2016, showing judges and other stakeholders how could work.

In this set-up, all the participants – the judge, defendant, lawyers, witnesses and jurors – were seated in pods or video suites surrounded by screens with the other participants around them.

Of course, once the world returns to a semblance of normalcy after the pandemic, courts will go back to places where people meet together in a room. But the lessons learned from this time are vital.

We can reimagine courts in a virtual space. Paying attention to key design principles and modifying the way we conduct court rituals on video will allow for effective participation in the courts of the future.

– ref. Courts are moving to video during coronavirus, but research shows it’s hard to get a fair trial remotely – https://theconversation.com/courts-are-moving-to-video-during-coronavirus-but-research-shows-its-hard-to-get-a-fair-trial-remotely-134386