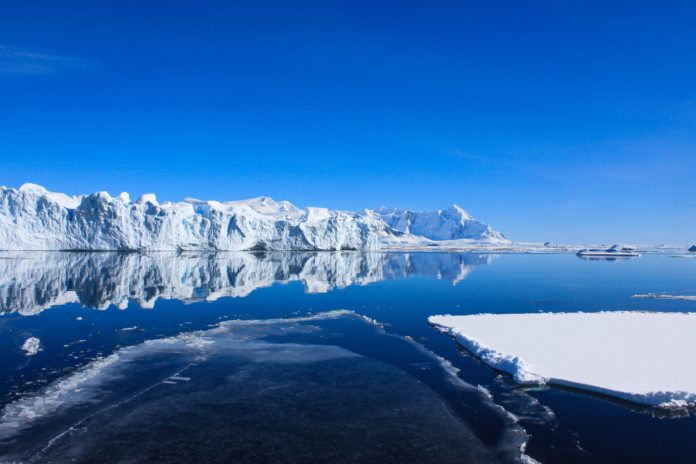 Good news: COVID-19 is not the only thing going on right now!

Bad news: while we’ve all been deep in the corona-hole, the climate crisis has been ticking along in the background, and there are many things you may have missed.

Fair enough – it’s what people do. When we are faced with immediate, unambiguous threats, we all focus on what’s confronting us right now. The loss of winter snow in five or ten years looks trivial against images of hospitals pushed to breaking point now.

Read more: While we fixate on coronavirus, Earth is hurtling towards a catastrophe worse than the dinosaur extinction

As humans, we also tend to prefer smaller, short-term rewards over larger long-term ones. It’s why some people would risk illness and possible prosecution (or worse, public shaming) to go to the beach with their friends even weeks after social distancing messages have become ubiquitous.

But while we might need to ignore climate change right now if only to save our sanity, it certainly hasn’t been ignoring us.

So here’s what you may have missed while coronavirus dominates the news cycle.

On February 6 this year, the northernmost part of Antarctica set a new maximum temperature record of 18.4℃. That’s a pleasant temperature for an early autumn day in Canberra, but a record for Antarctica, beating the old record by nearly 1℃.

That’s alarming, but not as alarming as the 20.75℃ reported just three days later to the east of the Antarctic Peninsula at Marambio station on Seymour Island.

The Intergovernmental Panel on Climate Change has warned a global average temperature rise of 1.5℃ could wipe out 90% of the world’s coral.

As the world looks less likely to keep temperature rises to 1.5℃, in 2019 the five-year outlook for Australia’s Great Barrier Reef was downgraded from “poor” to “very poor”. The downgrading came in the wake of two mass bleaching events, one in 2016 and another in 2017, damaging two-thirds of the reef.

And now, in 2020, it has just experienced its third in five years.

But in the short time since the COVID-19 crisis began, several examples of environmental vandalism have been deliberately and specifically set in motion as well.

Read more: We just spent two weeks surveying the Great Barrier Reef. What we saw was an utter tragedy

The Berejiklian government in New South Wales has just approved the extension of coal mining by Peabody Energy – a significant funder of climate change denial – under one of Greater Sydney’s reservoirs. This is the first time such an approval has been granted in two decades.

While environmental groups have pointed to significant local environmental impacts – arguing mining like this can cause subsidence in the reservoir up to 25 years after the mining is finished – the mine also means more fossil carbon will be spewed into our atmosphere.

Peabody Energy argues this coal will be used in steel-making rather than energy production. But it’s still more coal that should be left in the ground. And despite what many argue, you don’t need to use coal to make steel.

In Victoria, the Andrews government has announced it will introduce new laws into Parliament for what it calls the “orderly restart” of onshore gas exploration. In this legislation, conventional gas exploration will be permitted, but an existing temporary ban on fracking and coal seam gas drilling will be made permanent.

The announcement followed a three-year investigation led by Victoria’s lead scientist, Amanda Caples. It found gas reserves in Victoria “could be extracted without harming the environment”.

Sure, you could probably do that (though the word “could” is working pretty hard there, what with local environmental impacts and the problem of fugitive emissions). But extraction is only a fraction of the problem of natural gas. It’s the subsequent burning that matters.

Meanwhile, in the United States, the Trump administration is taking the axe to some key pieces of environmental legislation.

One is an Obama-era car pollution standard, which required an average 5% reduction in greenhouse emissions annually from cars and light truck fleets. Instead, the Trump administration’s “Safer Affordable Fuel Efficient Vehicles” requires just 1.5%.

The health impact of this will be stark. According to the Environmental Defense Fund, the shift will mean 18,500 premature deaths, 250,000 more asthma attacks, 350,000 more other respiratory problems, and US$190 billion in additional health costs between now and 2050.

And then there are the climate costs: if manufacturers followed the Trump administration’s new looser guidelines it would add 1.5 billion tonnes of carbon dioxide to the atmosphere, the equivalent of 17 additional coal-fired power plants.

The challenges COVID-19 presents right now are huge. But they will pass.

The challenges of climate change are not being met with anything like COVID-19 intensity. For now, that makes perfect sense. COVID-19 is unambiguously today. Against this imperative, climate change is still tomorrow.

But like hangovers after a large celebration, tomorrows come sooner than we expect, and they never forgive us for yesterday’s behaviour.