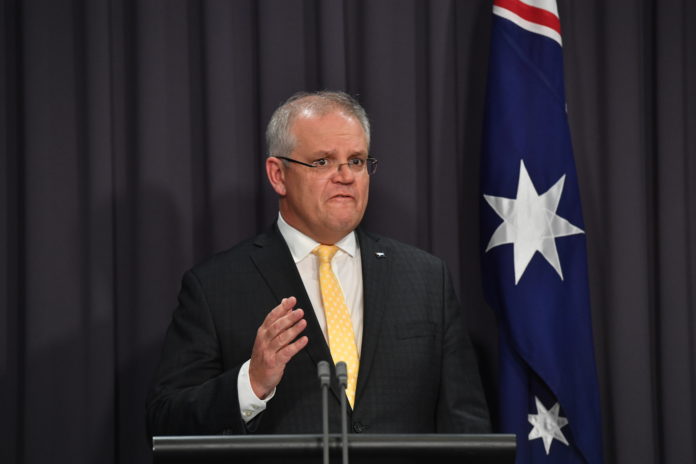 COVID-19 is a rare moment in time where individual behaviours can have profound impacts on society.

To address some of the negative impacts, politicians are talking to the public using a style familiar to anyone who has looked after children: forceful and direct appeals to stop engaging in unhelpful behaviours.

Take the example of hoarding. A week ago, Prime Minister Scott Morrison said:

Stop hoarding. I can’t be more blunt about it. Stop it. … It’s one of the most disappointing things I’ve seen in Australian behaviour in response to this crisis.

Read more: Psychology can explain why coronavirus drives us to panic buy. It also provides tips on how to stop

Clearly, this is borne out of frustration. But this approach to behaviour change may do more damage than good for three reasons that are well-established in behavioural science: negative normative messaging, paternalistic messaging and untrusted messengers.

Saying ‘don’t do’ something makes the behaviour more likely

It’s widely known in the behavioural sciences that our impressions of what other people are doing influence our own behaviour.

In research conducted by leading psychology researchers, including Wes Schultz and Robert Cialdini, people were informed how much energy their neighbours were using to see what the impact would be on their own usage.

Importantly, it influenced high- and low-energy users in different ways – high users reduced their usage, but low users increased theirs.

Read more: There’s plenty of toilet paper – so why are people hoarding it?

The lesson here is that people look for signals – both consciously and unconsciously – that tell them what behaviours are normal, and this perception is a powerful influence on their own behaviour.

So the message can have the opposite effect to what is intended – the undesirable behaviour increases because it is perceived as normal.

One positive-focused campaign that worked

Several years ago, the Victorian Department of Health and Human Services faced the challenge of unnecessary calls to the 000 emergency call centre rising faster than population growth.

Our background research showed that previous campaigns focusing on “don’t do this” messaging caused a rise in unnecessary calls to 000 because it promoted “negative norms”.

So, we focused on the opposite – a positive (do this) campaign, Save Lives. Save Ambulances for Emergencies. A follow-up campaign, Meet the Team highlighted alternatives to dialling 000 for minor ailments – pharmacies, the nurse-on-call service and local general practitioners.

These campaigns were successful in shifting attitudes to appropriate ambulance use, leading to changes in the target behaviour – fewer unnecessary calls to 000. Ambulance Victoria CEO Tony Walker said:

In my mind it’s helped save lives … We saw a reduction in calls – around 50 less per day and that’s 10 ambulances that were therefore available.

Why ‘top-down’ messaging is ineffective

When politicians frame a message in a paternalistic way to constituents, it can also be ineffective for at least two reasons.

The first is the behaviour politicians are seeking to correct can seem perfectly reasonable and rational to the people doing it. Thus, berating people for such behaviour is likely to be ineffective. (For example, they might say, “my situation is different because…” or “I’m doing it for my family”.)

As a result, the message and/or the source would be dismissed. This may lead to people then dismissing future messages from politicians.

Another issue is that messaging done in a “top down” way threatens our autonomy – one of the most important human needs, and one directly related to well-being.

When autonomy is threatened, people react in various ways. These include expressions of distrust (“I don’t like it”) or doubt (“is this needed?”), avoidance of the message, and – most importantly in the COVID-19 context – efforts to reassert autonomy by defying change.

The paternalistic tone is compounded by the fact that unfortunately, politicians are not the flavour of the month.

Research shows trust of federal and state governments is at an all-time low, with nearly two-thirds of people believing politicians lack honesty and integrity.

And as highlighted in a recent report published by the Australian and New Zealand School of Government, addressing this issue, like COVID-19, is not a “quick fix”.

How should the messaging be changed?

So, what should the government be doing differently in its coronavirus messaging? Here are a few simple strategies.

Just as in the bushfires, Australians are looking after each other in the COVID-19 response. Many people are heeding advice to stay at home. This is saving lives.

Second, alter the paternalistic tone to more inclusive language that makes people feel part of the change. Governments and other messengers should amplify messages that say “together, we are fighting a virus to save lives”.

Finally, consider other messengers. For example, good proponents for non-hoarding behaviours may be older, well-respected Australians such as retired AFL player Ron Barassi or former Governor-General Quentin Bryce. The voices of respected figures like these may reach people that tune out anything politicians say.

This is an incredibly difficult time for governments and other leaders. They are getting the very best advice from medical experts, based on the best knowledge available, about what behaviours can flatten the curve of coronavirus infections.

Adding insights from behavioural science can help ensure the messages they deliver have the best possible effect.

– ref. Stay positive, Scott Morrison: when you berate people for bad behaviour, they do it more – https://theconversation.com/stay-positive-scott-morrison-when-you-berate-people-for-bad-behaviour-they-do-it-more-134793