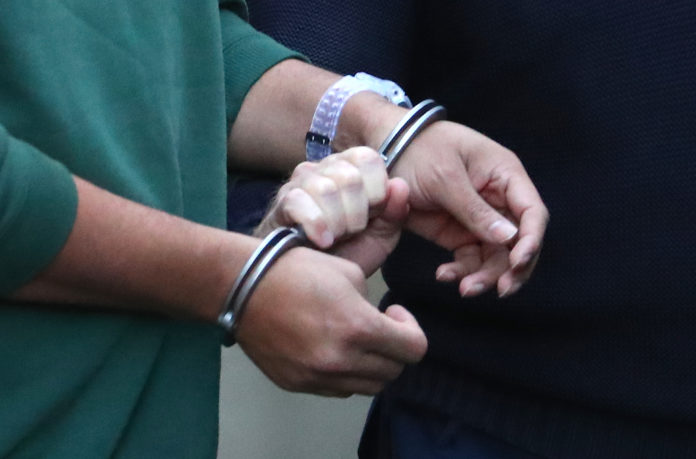 Prison is, understandably, a very closed environment. Many prisons are also overcrowded. COVID-19 has already entered the prison system and any further spread would be catastrophic for prisoners, staff, their families and the wider community.

The flow of prisoners in and out of custody in Australia is huge. More than 160 people enter our adult prisons every day. Over three-quarters of these people are unsentenced – also known as being “on remand”.

Read more: Explainer: how will the emergency release of NSW prisoners due to coronavirus work?

Indeed, a third of the current Australian prison population is in custody on remand. This means there are over 14,000 people in prison who have not yet been found guilty or, less often, are waiting to be sentenced.

Let’s not forget that about 160 people depart prisons every day too. If COVID-19 finds its way into prison, that means a lot of people could become carriers if they fail to self-isolate when they exit the prison system. Already, three prisoners in the ACT are in isolation due to fears of infection.

Corrective services around the country have suspended all prisoner visits by family members and support workers.

It is not surprising applications have been coming before the courts where barristers have asked judges to grant bail to persons who, in other circumstances, would very likely be denied bail.

Judges and magistrates are required to consider a range of issues in deciding such matters. It is becoming increasingly apparent that this may now include whether the accused is in a high-risk category, such as susceptibility to COVID-19, and will have limited contact with family and friends caused by the new restrictions on visits.

On Monday, the ACT Supreme Court granted bail to a woman because her lawyer successfully argued her visiting rights had been restricted by the COVID-19 outbreak. The judge said:

Persons on remand no doubt rely on the limited social contact they are permitted, most of which is achieved through visits. In particular, contact with family is an important element in the life of a person resident at the [ACT prison].

And last week the Supreme Court of Victoria granted another woman bail in circumstances the judge described as “extraordinary”. He was referring to the possibility of significant delays in the justice process as a result of COVID-19,

which would have substantial effects on her and, no doubt, her relationship with her family, [and] which would be a dramatic development for a person who had not previously been in custody.

The judge also noted it was likely the woman would spend more time in custody on remand than she would get as a sentence if found guilty.

Significantly, many courts have postponed new jury trials to reduce the risk of transmission. This may lead to delays of more than a year.

It is also important to understand that prisons operate on the legitimacy of the system. When prisoners feel – rightly or wrongly – they are being treated unfairly, the risk of riots and breakouts increases. Italy has recently had riots in more than 20 prisons. Twelve prisoners have died and 16 escaped as a result. Similar events have been reported in Colombia.

The capacity to manage the system may be affected, too, as community transmission and fear of infection in prisoners increase, and more correctional officers are required to self-isolate for long periods.

Releasing some people from prison is part of the solution to “flattening” the coronavirus curve. New South Wales has already passed legislation to release some low-risk and vulnerable people, although it does not cover unsentenced prisoners.

But this legislation is particularly appropriate for unsentenced prisoners, who are entitled to the presumption of innocence, especially those charged with less serious offences. Bail conditions and electronic monitoring can help ensure community safety, in addition to the increasing restrictions imposed on all Australians to self-isolate.

Releasing some prisoners early will reduce the pressure on the health system in the months ahead. It will also reduce the risk to the broader community if we act now, rather than releasing people once COVID-19 is widespread in prisons.

We recently signed an open letter to governments, urging them to take a range of steps to limit the exposure of prisoners to COVID-19, including early release for some prisoners. We also welcome the decisions of judges and magistrates who are using their discretion to limit the possibility that accused persons, who have yet to be found guilty, will be exposed to the coronavirus, especially in circumstances where they can no longer receive visitors.

– ref. We need to consider granting bail to unsentenced prisoners to stop the spread of coronavirus – https://theconversation.com/we-need-to-consider-granting-bail-to-unsentenced-prisoners-to-stop-the-spread-of-coronavirus-134526