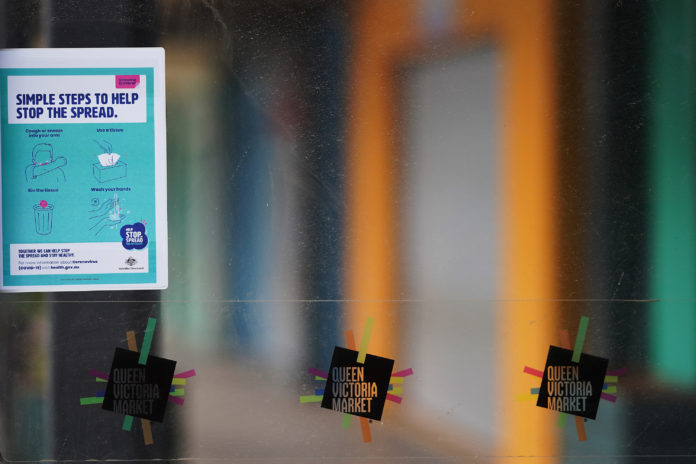 After the coronavirus nightmare has passed, harsh judgements will be made about which political leaders and health experts were on the right or wrong side in handling this crisis.

Politicians like to cast back to the global financial crisis and play the blame game. The stakes were very high then – this time they are multiplied.

And there are many with futures or reputations (or both) on the line.

This week we’ve seen a high-profile clash of opinions and expertise on display. Given the exponential rise in cases, the calls for everyone to be on the same page must be secondary to the imperative of getting the right strategy.

One school of thought says, put health first and go nuclear now, with a full lockdown. The other school favours a stepped approach, tightening the screws but trying to keep as much economic activity alive for as long as possible.

Victorian premier Daniel Andrews (Labor) and NSW premier Gladys Berejiklian (Liberal) are hardliners. Victoria’s Chief Health Officer Brett Sutton spoke out forcefully this week. The two premiers have given notice their states are set to move to lockdown (where people would be confined to their homes). Jacinda Ardern has already taken New Zealand there.

With the divide crossing partisan lines, Andrews and Berejiklian are working closely together.

Scott Morrison is the prime advocate of the gradual approach. Resisting a full lockdown, he argued strongly this week he didn’t want to throw people out of jobs where it was possible to avoid doing so, and that he feared the consequences of the stresses the economic crisis would put on families.

For Morrison, it’s a balancing act, in the face of “a twin crisis, a crisis on a health front, which is also causing a crisis in the economy as well. And both of them can be equally as deadly, both in terms of the lives of Australians and their livelihood.”

Read more: Politics with Michelle Grattan: Nobel Laureate Professor Peter Doherty on the coronavirus crisis and the timeline for a vaccine

Labor has aligned with the position taken by Andrews and Berejiklian. From the start, the opposition has been urging faster action; this week Anthony Albanese sharpened his criticism.

Those who argue Labor is just playing politics and should be sticking to the government line are off beam. This is a policy crisis too and policy arguments are legitimate and indeed necessary.

Among federal officials, the secretary of Home Affairs Mike Pezzullo is reportedly a hard liner.

Chief Medical Officer Brendan Murphy (who has been appointed secretary of the Health department) and his deputy Paul Kelly have been strong public defenders of the gradualist path.

Yet in the health world, many in academia are advocates of a immediate lock down.

The Prime Minister has found his hand being forced by the states (as in Sunday’s argy bargy on shutdowns) or bypassed (on schools).

Morrison has been a firm advocate of keeping the schools open, arguing it’s vital so health workers can continue in their jobs, and also because children shouldn’t lose a year of education.

This week Berejiklian advised parents to keep children home, while Andrews brought forward the school holidays. Western Australia is now encouraging remaining at home as new arrangements are prepared. Next week Queensland schools will be “student free” (apart from children of “frontline workers”). South Australia is likewise planning for the future.

Academic experts are at the centre of the policy battle, and this carries its own politics.

Take a paper, commissioned by the federal government, reporting the advice of 22 experts from Group Of Eight universities.

“One view, influenced by our position on the epidemic curve, the limitations of wide community testing and surveillance and the experience of other countries, argues for a comprehensive, simultaneous ban across Australia.

“The other, influenced by the fact that a large number of our cases are a direct/ contacts of importation (which have now been stopped), influenced by the large variation in case density across Australia and the adverse consequences of closure and the sustainability and compliance to an early closure argued for a more proportionate response”.

The first view was “a dominant position in this group”, the paper said. What it didn’t add was that this was the overwhelming view.

When asked about the paper at a Tuesday news conference, both Morrison and Murphy were noticeably uneasy. Morrison flicked the question to Murphy who said: “Any measures we place, we believe need to be for the long haul. The idea that you can put measures in place for four weeks and suddenly stop them and the virus will be gone is not credible. So we are very keen to put as restrictive measures in place without completely destroying life as we know it”.

Another paper circulating, including to senior business figures, argues “the case for a short, sharp lockdown in Australia”; it has been contributed to by Raina MacIntyre, who heads UNSW’s Biosecurity Program; Louisa Jorm, director of the Centre for Big Data Research in Health, UNSW; Tim Churches, health data scientist at UNSW; and Richard Nunes-Vaz, from Torrens Resilience Institute at Flinders University.

“We are deeply concerned about the prospect of Australia losing control of the epidemic to a degree which would exceed health system capacity and result in far greater numbers of cases, more health and economic losses, and a longer time to societal recovery,” the paper says.

“A short, sharp lockdown of 4-8 weeks will improve control of the epidemic in Australia, reduce case numbers and bring us to a more manageable baseline from which phased lifting of restrictions and economic recovery can occur.

“If we fail to do this, we face continued epidemic growth, potential failure of the health system, and a far longer road to recovery.”

The lockdown would be used to ramp up a massive testing operation to identify and isolate cases, enabling the subsequent ease-off to be done more safely.

On Thursday the federal government’s Deputy Chief Medical Officer Paul Kelly suggested challenges to official advice made for public confusion and should be kept behind closed doors.

Not if the challengers turn out to be right.

Morrison received praise in the early days for his handling of the crisis. Now he and his closest health advisers are increasingly finding themselves the odd men out.

– ref. Grattan on Friday: Which leaders and health experts will be on the right side of history on COVID-19 policy? – https://theconversation.com/grattan-on-friday-which-leaders-and-health-experts-will-be-on-the-right-side-of-history-on-covid-19-policy-134801