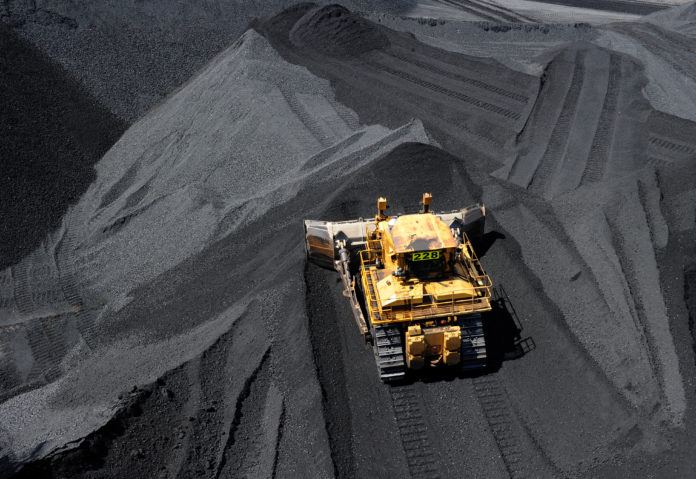 Australia has the technology to move from fossil fuels to renewable energy, but the social dynamics remain challenging. The Stop Adani protest convoy during the 2019 federal election campaign brought this difficulty to the fore.

A real sticking point for navigating any social change, including the energy transition, is finding a way through entrenched attitudes in which people see themselves as “us” in conflict with “them”. In these situations, people tend to focus on trying to defeat their opponents rather than finding mutually beneficial solutions to the problem.

In research just released, I examined media coverage of the Stop Adani protest convoy to better understand these social identity divides. In particular, I analysed the factors shaping who was an “us” and who was a “them” in the conflict.

I found that the media, with the help of politicians, crafted a narrative of division between inner-city “greenies” and Queensland mining communities. These divisions foster a social dynamic that ultimately inhibits co-operation and good policy outcomes.

The Stop Adani convoy took place in April and May 2019. It involved hundreds of protesters travelling by road (in a convoy of vehicles) from Tasmania, through eastern Australian cities to Clermont, the regional Queensland town nearest the site of Adani’s proposed Carmichael coal mine.

The identity dimension of this protest is important. Australia’s energy transition is inextricably tied to the often fraught politics of climate and energy more broadly, and our social divisions fall along left-right political lines. This means our views on issues such as climate change and energy policy are wrapped up in, and can often be explained by, the groups with which we identify.

Read more: Coal mines can be closed without destroying livelihoods – here’s how

So, the energy transition is taking place in an already polarised and challenging space plagued time and time again by the same conflict dynamics.

This conflict often gets in the way of identifying and implementing effective policy solutions. It’s a particular problem for the energy transition, which needs people and sectors working together to support the technical changes. And if society is divided, it is far less likely to achieve a “just transition” that limits negative social impacts and promotes social equity.

The role of the media

The media is a space in which diverse groups of people make sense of something happening outside their day-to-day life. That’s why it’s important to examine how the media depicts contentious issues. I studied representation of the convoy in Australia’s six most popular online news websites.

Media representation of the Stop Adani convoy depicted it as a social conflict between two opposing, hostile sides. One side was characterised as activists, Greens (or “greenies”), conservationists and elites; the other characterised as blue-collar workers, regional Queenslanders and proud mining communities.

These identity-based distinctions were cultivated by political figures who provided media commentary on the convoy. The most prominent were those in favour of the Adani mine, such as Nationals senator Matt Canavan, who criticised the convoy participants as “self-appointed, self-important bureaucrats” who took a “busybody approach”.

Former Greens leader Bob Brown, who led the convoy, said he “respected those who genuinely believed the Adani mine should go ahead” and identified the coal mining industry and governments as the targets of the protest.

My media analysis revealed that to convoy participants, Adani’s proposed mine symbolised the need for climate action and curtailment of Australia’s coal industry. A counter-movement grew stronger in response, comprising community members and supported by the coal industry. To this group, the Adani mine symbolised regional survival and self-determination.

Once a debate becomes a “groupish” conflict like this, predictable dynamics in social interactions emerge. This includes hostility and suspicion towards the other side, and stereotyping which can lead to de-humanisation.

These dynamics emerged during the Stop Adani convoy. There were reports of protesters refused entry to local shops and feeling intimidated by the behaviour of townspeople, including having stones thrown at their cars. Conversely, an anti-Adani protester reportedly likened Adani supporters to Nazis in a Facebook post. (Bob Brown distanced the convoy from the comments, which he said had “no place in civil debate”).

Media reports of these incidents served to fuel a narrative of two opposing groups clashing over a fundamental and unsolvable differences.

There has been much debate about the extent to which the convoy affected the election result in crucial regional Queensland electorates. My study did not address this question.

At its core, my analysis showed that for the “us” that emerged via the convoy, there had to be a “them”. In other words, we form groups based not just on who we are like, but also who we are not like.

Read more: Coal miners and urban greenies have one thing in common, and Labor must use it

But achieving a successful and fair energy transition requires creating a unified “we”, and not leaving any person or community behind. This means looking after regional communities and people who will feel the first-hand impacts of decarbonising our energy supply.

We must better understand the identity dimension of the energy conflict if we’re design and implement creative and effective solutions. This means more listening, more sharing, and finding common ground.

– ref. Our social identity shapes how we feel about the Adani mine – and it makes the energy wars worse – https://theconversation.com/our-social-identity-shapes-how-we-feel-about-the-adani-mine-and-it-makes-the-energy-wars-worse-133686