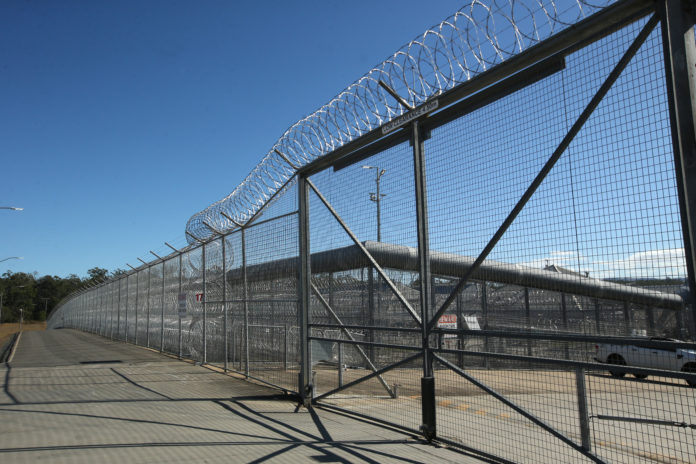 Source: The Conversation (Au and NZ) – By Thalia Anthony, Professor in Law, University of Technology Sydney

The New South Wales government has passed emergency legislation providing the Corrections Commissioner with powers to release some of the state’s 14,034 prisoners.

This legislation was introduced in the wake of the global release of prisoners to cope with the COVID-19 pandemic. Most recently, the United States has begun to release thousands of prisoners across four states.

Legislation to release prisoners in NSW was drafted amid the growing number of cases of COVID-19 infections in prison populations, including staff. The overcrowding and poor sanitation and health conditions in prisons make them ripe for the rapid spread of disease.

Long Bay jail in Sydney was locked down this week when two prison staff tested positive for COVID-19 and several inmates displayed symptoms. The higher incidence of chronic health conditions among inmates predisposes them to suffer serious and critical outcomes from the virus.

Why is legislation needed?

The NSW government has introduced the COVID-19 Legislation Amendment (Emergency Measures) Act 2020 (NSW) to address the escalation of COVID-19 cases in the state.

NSW has the highest per capita rate in Australia, with more than 1,000 cases as of March 25. The emergency legislation provides for the release of prisoners. The provision will apply for a minimum of six months and may apply for up to 12 months under regulations.

This emergency provision is concerned with protecting vulnerable inmates and releasing prisoners who pose a low risk to the community. Attorney-General Mark Speakman said the legislation was designed to protect the health of inmates and frontline prison workers as well as the “good order and security” of prisons.

Freeing up prison space through the early release of prisoners will enable the remaining prisoners to be isolated, to prevent or control an outbreak. It also allows the health needs of remaining inmates to be better addressed.

We have seen what happens without this action in prisons overseas: infection spreads rapidly and foments unrest among prisoners. In Italy, prisoner fears that they faced a death sentence because of COVID-19 resulted in riots in 23 Italian prisons and the deaths of 12 prisoners.

Who can be released under the legislation?

The COVID-19 legislation allows for the release of prisoners who belong to a prescribed “class of inmates”. They may be defined according to their health, vulnerability, age, offence, period before the end of the prison term and any other matter as set down in regulations.

Serious offenders are excluded. This not only rules out those specifically mentioned, including prisoners convicted of murder, serious sex offences and terrorism, but also high-level drug and property offenders.

The Corrections Commissioner will determine an individual’s release where it is “reasonably necessary” due to “the risk to public health or to the good order and security of correctional premises”. Community safety and the prisoner’s access to suitable accommodation outside prison are necessary aspects of the decision-making. Other consideration are whether the offender has previously committed a domestic violence offence and the impact of the release on the victims.

Prisoners will be released on parole and subject to standard parole conditions. They will, for example, have to be of good behaviour and not reoffend, as well as any additional conditions determined by the commissioner, including home detention and electronic monitoring.

Does this cover all prisoners?

There are some concerning omissions from this legislation if it is to achieve its objectives of protecting inmates, prison staff and the community.

First, it is not clear whether it will apply to youth detention centres. This vulnerable group requires special protection in this period when they are denied visits from their parents, family and lawyers, have fears about COVID-19 infection and most likely are unaware of their rights to health care.

The legislation also does not refer to remand prisoners, who constitute over one-third of prisoners in NSW. The legislation explicitly refers to parole, rather than determinations on bail.

Administrators must set down regulations to include this group in the prescribed “class of inmates” for release. Otherwise, those most entitled to liberty – who have not been convicted or sentenced – will be left in prison to suffer through the pandemic. The suspension of new jury trials will mean they spend further time in prisons until well after the COVID-19 crisis.

Critically, the legislation is silent on people who are facing a prison sentence or remand order, but not yet in prisons. For those people, there is no legislation urging the courts to consider the coronavirus pandemic in promoting non-prison sentences or allowing bail applications.

Read more: Homelessness and overcrowding expose us all to coronavirus. Here’s what we can do to stop the spread

Over the past week, lawyers have rushed to collect evidence on the effect of the pandemic on prisoners to support their clients’ pleas not to be imprisoned. Supreme Courts in Victoria and the ACT have accepted the relevance of COVID-19 in bail applications. But there is a lack of guidance elsewhere on bail and sentencing, increasing the risk of more people being sent into the prison system.

Schedule 1 of the emergency legislation granted controversial powers to the attorney-general to alter the bail laws by regulation during the crisis. The NSW government has indicated it intends to use these powers to deliver changes on bail to prevent more prisoners entering jail on remand. The timing and scope of these changes have not been detailed, but are certainly critical to preventing the pandemic entering our prisons.

Not only would the entry of new inmates add to the burden on prisons, it could also create a devastating situation where unknown carriers of the coronavirus enter the system.

While there are no laws to limit courts ordering imprisonment during the pandemic, Corrections Commissioner Peter Severin could use his discretion to review the release of prisoners at the point of reception. In other words, the process between the court order and physical entry into a prison cell. Regulations should clarify the use of the commissioner’s power at this point to prevent unnecessary entry of new prisoners.

Does it strike the right balance in community protection?

The immediate release of NSW prisoners will protect prisoners from greater exposure to COVID-19, limit the outbreak of the virus in prisons and minimise the spread between prison and the community.

But there is more to be done. The release of less serious offenders should not be based on the pre-pandemic criteria of the risk of the individual. These criteria often discriminate against Indigenous people, those with mental health issues and socio-economically deprived. Rather, it should be based on the health needs of prisoners and the interests of community safety in managing the health risk.

Given that many prisoners have poor health and are serving short prison terms, the broad use of the commissioner’s discretion could result in thousands of prisoners being released from NSW prisons.

Ultimately, the legislation will only work to minimise the worst effects of COVID-19 in prisons if the commissioner exercises his discretion widely to prevent overcrowding and take the load off already scarce health services in prisons.

– ref. Explainer: how will the emergency release of NSW prisoners due to coronavirus work? – https://theconversation.com/explainer-how-will-the-emergency-release-of-nsw-prisoners-due-to-coronavirus-work-134523