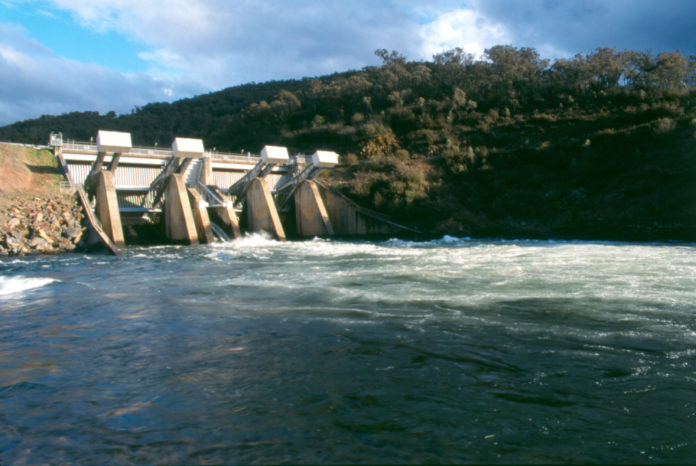 The massive Snowy 2.0 pumped hydro project is soon expected to be granted environmental approval. I and others have criticised the project on several grounds, including its questionable financial viability and overstated benefits to the electricity system. But Snowy 2.0’s greenhouse gas emissions have barely been discussed.

Both Snowy Hydro and its owner, the federal government, say the project will help expand renewable electricity generation (and by extension, contribute to emissions reduction from the energy sector).

However, closer inspection shows it won’t work that way. For at least the next couple of decades, Snowy 2.0 will store coal-fired electricity, not renewable electricity. In fact, I predict Snowy 2.0 will create additional demand for coal-fired generation and lead to an increase in greenhouse gas emissions for the foreseeable future.

The expanded Snowy Hydro scheme in southern New South Wales will involve pumping water uphill to a reservoir, storing it, and then releasing it downhill to generate electricity when demand is high.

The emissions reduction potential of the project rests on what type of electricity is used to pump the water uphill. Snowy Hydro says it will pump the water when a lot of wind and solar energy is being produced (and therefore when wholesale electricity prices are low).

But the crucial point here is that wind and solar farms produce electricity whenever the resource is available. This will happen irrespective of whether Snowy 2.0 is producing or consuming energy.

Read more: Snowy 2.0 will not produce nearly as much electricity as claimed. We must hit the pause button

When Snowy 2.0 pumps water uphill to its upper reservoir, it adds to demand on the electricity system. The generators that will provide this extra electricity are the ones that operate when demand is high.

These will not be the renewable generators. For the next couple of decades, coal-fired electricity generators – the next cheapest form of electricity after renewables – will provide Snowy 2.0’s power.

Does this matter? Yes, very much. Using Snowy Hydro’s projections of how much electricity Snowy 2.0 will pump each year from 2025 to 2047 (the period over which they have developed their projections) I estimate that Snowy 2.0 will, on average, account for 5.4 million tonnes of carbon dioxide equivalent each year.

If we assume, conservatively, that emissions have a cost of A$20 per tonne of carbon, then Snowy 2.0 will impose an additional annual cost of A$108 million on the Australian community that will need to be countered by emissions reduction somewhere else in the economy.

The NSW government has adopted a target of net-zero emissions by 2050. But using Snowy Hydro’s projections of pumped energy, average greenhouse gas emissions attributable to Snowy 2.0 over its first decade will increase NSW’s emissions by about 10% of their current levels each year.

This proportion will increase if the government successfully reduces emissions elsewhere.

Of course, emission reduction is not just an issue for the states. The federal government has been at pains to affirm its commitment to the Paris climate accord. Snowy 2.0 will undermine the achievement of this commitment.

If additional energy storage is needed to stabilise our electricity grid, it can be provided by many alternatives with a much smaller greenhouse gas impact such as demand response, gas or diesel generators, batteries or smaller and more efficient pumped-hydro generators.

Emissions associated with storage is given little attention in Australia but is well-researched overseas. Since Australia’s state and federal governments profess a commitment to reducing greenhouse gas emissions, this is a serious omission.

Read more: If the NBN and Snowy Hydro 2.0 were value for money, would we know?

In meeting the climate challenge, greenhouse gas emissions must become a more prominent consideration in the planning and approval of all electricity projects, including storage – and especially for Snowy 2.0.

In response the points raised in this article, Snowy Hydro said Snowy 2.0 would add 2,000 megawatts (MW) of renewable capacity to the national electricity market (NEM).

“In the absence of Snowy 2.0, the NEM will have to fill the capacity need with other power stations, which would inevitably be fossil-fuelled,” the company said in a statement.

“Snowy will sell capacity contracts (tantamount to insurance against NEM price volatility and spikes) to a range of NEM counterparties, as it does now and has done for decades.”

Snowy Hydro said Snowy 2.0 would directly draw wind and solar capacity into the NEM, via the contract market.

It said this market, rather than the wholesale market, drives investment and electricity generation.

“Snowy Hydro’s renewable energy procurement program, through which Snowy contracted with 888 MW of wind and solar facilities in 2019, has made the construction of eight new wind and solar projects possible,” Snowy Hydro said.

“In the NEM, what happens subsequently to the spot price is of little interest to the owners of these facilities, because their revenue is guaranteed through their offtake contracts with Snowy.”

The company said the energy produced by wind and solar plants, backed by Snowy’s existing large-scale generation fleet, was “the most cost-effective and reliable way to serve the customers of the NEM in the future.”

“The water is released when prices are high – this is one of the four Snowy 2.0 revenue streams,” it said.

– ref. Snowy 2.0 is a wolf in sheep’s clothing – it will push carbon emissions up, not down – https://theconversation.com/snowy-2-0-is-a-wolf-in-sheeps-clothing-it-will-push-carbon-emissions-up-not-down-133006